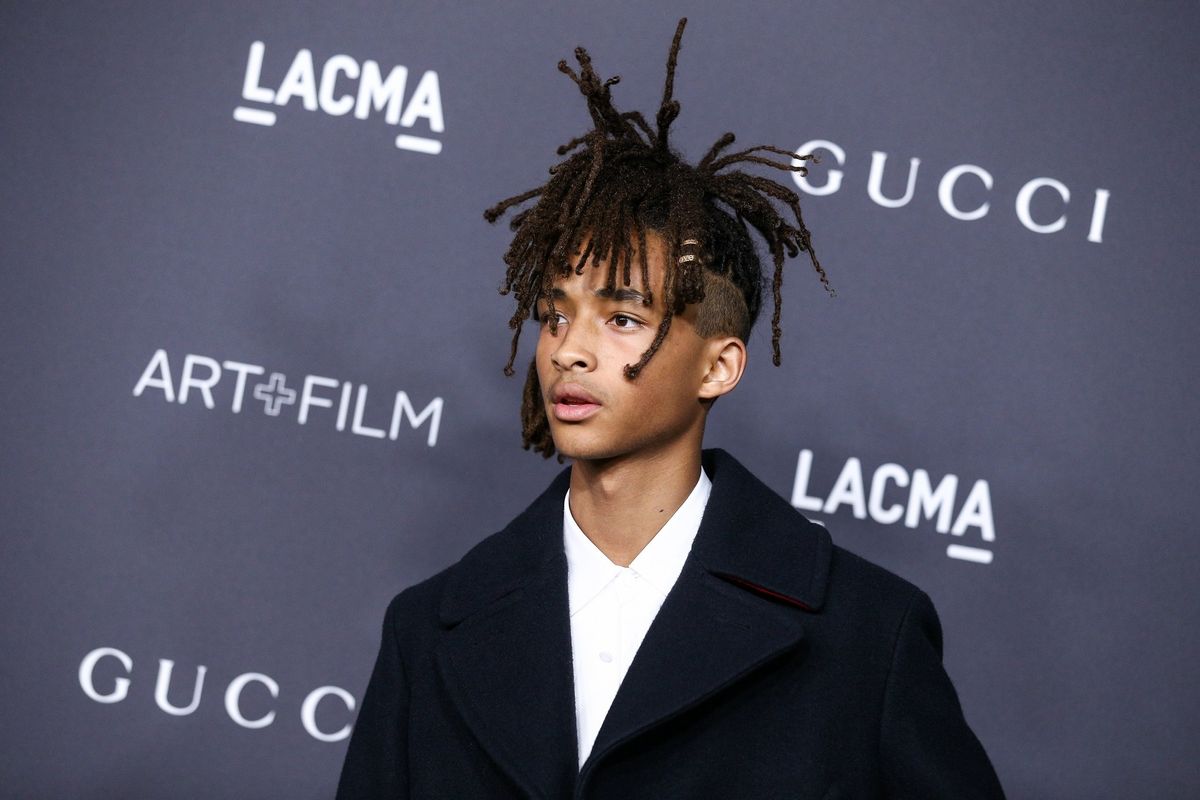 Part-time Tweeter, full-time philosophizer Jaden Smith has been dropping off pieces of his artwork at galleries in LA for people to find. He told fans via Twitter on Thursday to "come get it."

It took a fan less than an hour to find and pick up the piece Jaden left at the Hamilton-Selway Fine Art Gallery in West Hollywood. The artwork was definitely inspired by Basquiat with black and white paint and the words "Will you die with me" written across the top.

Yesterday Jaden dropped off another piece, this time at Panorama City's Living Spaces.

I left A Piece At Living Spaces In Van Nuys, I Hope You Enjoy It And Have A Good Day. pic.twitter.com/feovVGauZK
— Jaden Smith (@officialjaden) February 24, 2017

This has been a solid year for Jaden so far when it comes to art--his living display HE WILL NOT DIVIDE US, co-hosted with Shia LaBeouf has remained the headlines during cancellations, disruptions, anti-Nazi action, and movement to New Mexico.