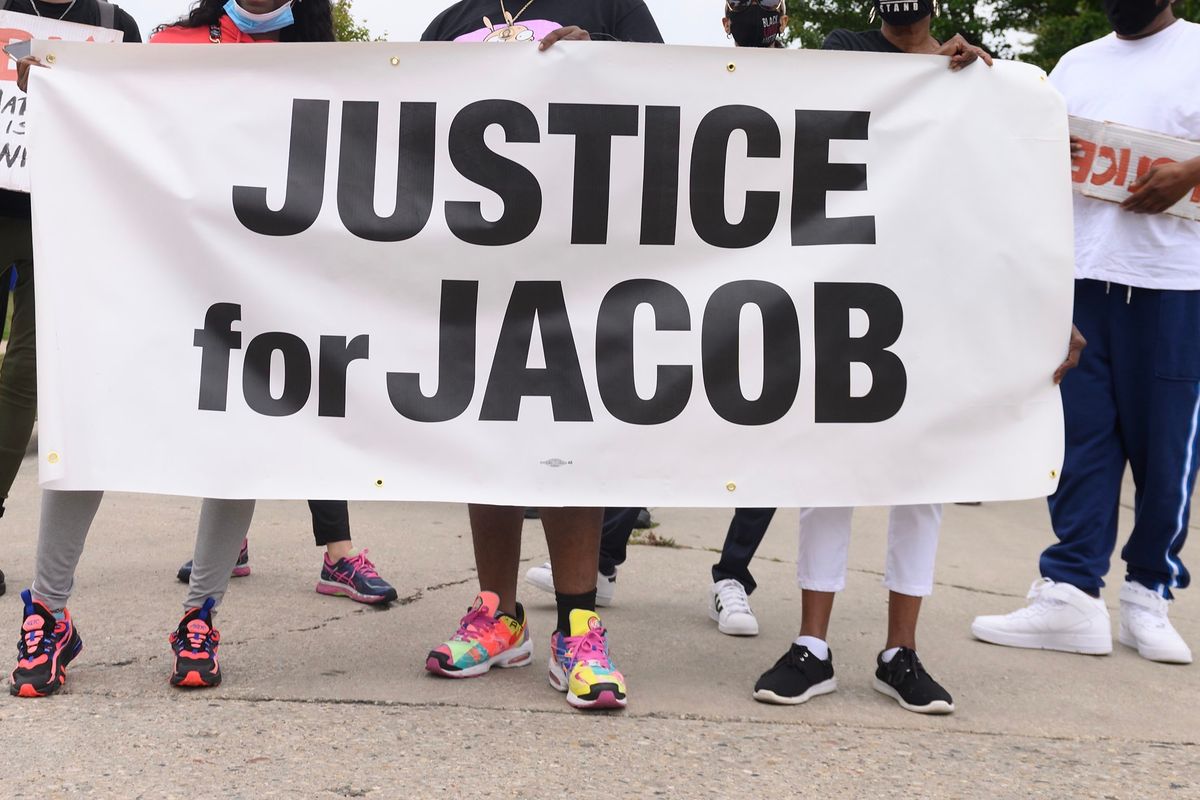 Jacob Blake Speaks for the First Time Since Shooting

Jacob Blake has spoken out for the first time since he was shot seven times in the back by police in Kenosha, Wisconsin last month. His family's lawyer, Ben Crump, posted a video to Twitter on Saturday night.

"Twenty-four hours, every 24 hours it's pain, nothing but pain. It hurts to breathe, it hurts to sleep, it hurts to move from side-to-side, it hurts to eat,” the 29-year-old father of six said, still lying in a hospital bed. “Your life, and not only just your life, your legs, something you need to move around and forward in life, can be taken from you like this.”

He added, as a message to people in his community, “Stick together, make some money, make everything easier for our people out there, man, because there's so much time that's been wasted.”

So far, the officer who shot him — Rusten Sheskey — and the other officers who were at the scene were put on administrative leave while the Wisconsin Department of Justice investigates the incident. Still, none of them have been charged relating to Blake’s shooting and hospitalization.

To know what you can do to help and demand justice for Jacob Blake and his family, click here.