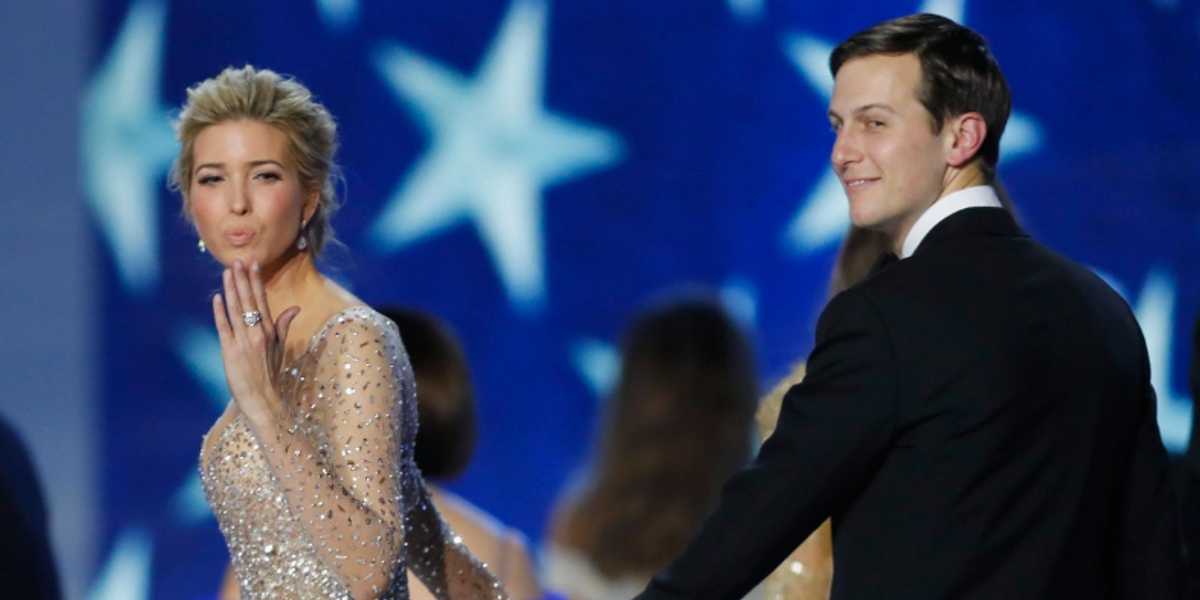 Ivanka Trump's Line Rebranded "Adrienne Vittadini" to Sell Better, But Ivanka Definitely Had Nothing to Do With it

What a trip. After major retailers all over the country scrambled post-election to order a mass exodus of all Ivanka Trump's products from stores, not to mention national #GrabYourWallet campaign, "distributors" allegedly decided Ivanka's clothes might do a little better with a touch of rebranding. Meet the new Ivanka Trump, who goes by the name Adrienne Vittadini.

G-III, the clothing company that distributes Ivanka Trump, Calvin Klein and owns DKNY, reportedly made the call (or as they're phrasing it, the "mistake") of relabelling Ivanka's line "Adrienne Vittadini" and claim Ivanka had no knowledge of the move.

"G-III accepts responsibility for resolving this issue, which occurred without the knowledge or consent of the Ivanka Trump organisation," they said in a statement. "G-III has already begun to take corrective actions, including facilitating the immediate removal of any mistakenly labelled merchandise from its customer. The Ivanka Trump brand continues to grow and remains very strong."

Apparently this kind of name-swap situation is legal and happens fairly often, particularly when brands are reluctant to be seen heavily discounting their stock. This might very well have been the case for Ivanka, but more likely G-III just hoped the change would help the line's sales, in general.

This is the latest scandal associated with Ivanka Trump's fashion line. Last week it was reported she was permitted to distribute her clothes in China after meeting with the Chinese president on a political basis and both her father and Kellyanne Conway used their platform as government to plug the brand, which subsequently boosted sales astronomically.

All is fair in family businesses, am I right?