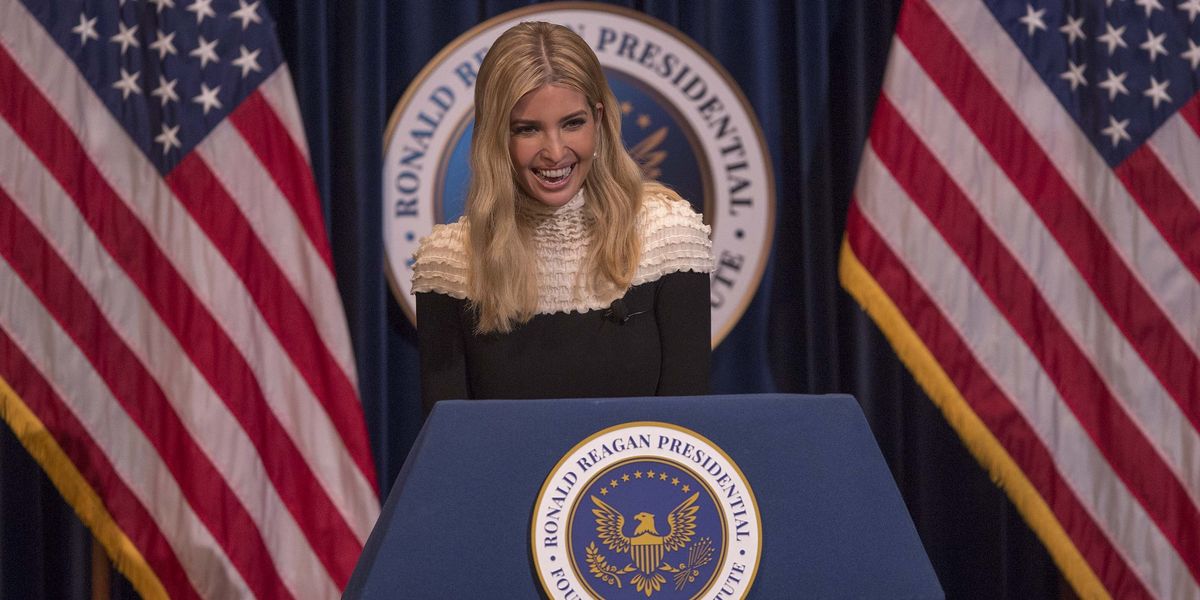 Ivanka Trump Had a Secret Plan to Become President

Michael Wolff's new book, Fire and Fury: Inside the Trump White House, has caused tons of drama for the White House in the past few days. The bombshell tell-all features more than 200 interviews with the president and members of his revolving-door administration, and is chockfull of crazy tidbits that include everything from treason to rumored secret relationships between staffers.

One detail that's risen to the top of the chaos pile is Wolff's own assertion that Ivanka and Jared had a secret plan for her to become the first female president. National NBC News correspondent Peter Alexander tweeted this excerpt from the book:

NEW: "Jared & Ivanka had made an earnest deal between themselves: if sometime in the future the time came, she'd be the one to run for president (or the first one of them to take the shot)..." (1/2)
— Peter Alexander (@PeterAlexander) January 3, 2018

NEW: "... The first woman president, Ivanka entertained, would not be Hillary Clinton, it would be Ivanka Trump." (2/2)

An excerpt shared by The Cut also revealed more insight into the opportunistic nature of Ivanka and Jared's (or "Javnka," as Steve Bannon apparently called them) relationship with 45:

The First Children couple were having to navigate Trump's volatile nature just like everyone else in the White House. And they were willing to do it for the same reason as everyone else — in the hope that Trump's unexpected victory would catapult them into a heretofore unimagined big time. Balancing risk against reward, both Jared and Ivanka decided to accept roles in the West Wing over the advice of almost everyone they knew. It was a joint decision by the couple, and, in some sense, a joint job.


Even grosser was Wolff's telling of the explanation Ivanka gave friends for her father's gravity-defying, orange-hued hair:

For Ivanka, it was all business — building the Trump brand, the presidential campaign, and now the White House. She treated her father with a degree of detachment, even irony, going so far as to make fun of his comb-over to others. She often described the mechanics behind it to friends: an absolutely clean pate — a contained island after scalp-reduction ­surgery — surrounded by a furry circle of hair around the sides and front, from which all ends are drawn up to meet in the center and then swept back and secured by a stiffening spray. The color, she would point out to comical effect, was from a product called Just for Men — the longer it was left on, the darker it got. Impatience resulted in Trump's orange-blond hair color.