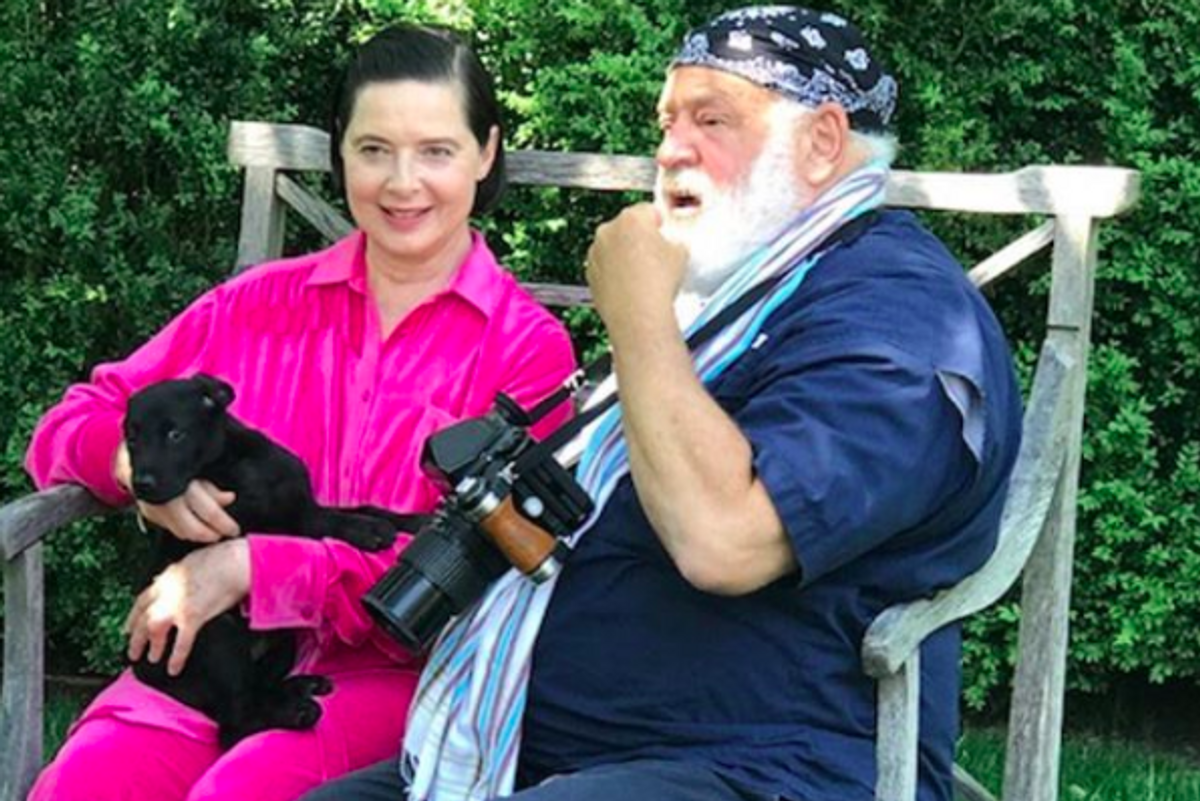 In light of the mounting allegations of sexual misconduct by male models and assistants against Bruce Weber, some in the industry have taken it upon themselves to defend the famed fashion photographer's character.

Back in December, when only two models had come forward about Weber (fifteen spoke to the New York Times for an exposé published this weekend), Grace Coddington drew the internet's ire for posting a photo with the photographer alongside a caption defending his character. (She ended up deleting the photo).

Now, iconic actress Isabella Rossellini (Ingrid Bergman's daughter) has shared a similar post speaking fondly of her friendship and working relationship with Weber and implying her skepticism of the allegations of abuse:

"l worked with Bruce Weber for more than 35 years," she wrote. "I have personally never experienced or heard about any abuses until reading the New York Times this morning. For me, working with Bruce has always been a joy. The atmosphere he cultivates on his sets always felt friendly and fun."

She went on to add that Weber has worked with her children, both models, and that the photographer supports the same social causes she does. "Over the course of his career, Bruce's images have contributed to advance many social causes: For example, he gave gay men a "face" that was not of darkness and perversion, but of beauty and appeal. He worked with me when others wouldn't because I was considered "too old." I'm sharing this not to invalidate anyone else's experience, but just to share my own. Bruce is a great artist and my friend, and I want him to know I love him and I am grateful to him."

It's certainly a...bold move to defend an accused sexual predator in the current atmosphere of Time's Up and #MeToo, though it certainly hasn't stopped some people from wanting to protect the people they've spent their lives trusting from accusations (or simply playing devil's advocate).

Commenters jumped in to tell Rossellini her cognitive dissonance was blinding her from seeing the truth about her friend, with others noting that while fame and wealth may have shielded her and her family from abuse, the same power dynamics that protect some leave the young and lacking in influence that much more vulnerable.

Meryl Streep has faced a similar dilemma, as a veteran actress who worked with Harvey Weinstein throughout her career and was deemed influential enough to escape his advances, she now has to examine her own role in his rise to the top.

Anna Wintour is also under a microscope for her relationships with Weber and fellow famed photographer Mario Testino, accused by 13 male models and assistants of sexual misconduct in the same Times investigation. Condé Nast released a statement in light of the report that, for the time being, it would no longer work with Testino or Weber. The publisher also announced a new set of guidelines created with the intention of protecting models, including a ban of alcohol from Condé Nast sets. In addition, though, Wintour added this:

"Today, allegations have been made against Bruce Weber and Mario Testino, stories that have been hard to hear and heartbreaking to confront. Both are personal friends of mine who have made extraordinary contributions to Vogue and many other titles at Condé Nast over the years, and both have issued objections or denials to what has emerged. I believe strongly in the value of remorse and forgiveness, but I take the allegations very seriously, and we at Condé Nast have decided to put our working relationship with both photographers on hold for the foreseeable future."

The questions remain: are friends and acquaintances of abusers ignorant, complicit, or some confusing combination of the two? Many of us have worked, knowingly or not, alongside people who've been abusive to others. As we evaluate the "gray area" of sexual abuse allegations, how far are we willing to go to maintain a sense of innocence about the abuse built into the very fiber of the power structures that gird our culture? Are sexual abusers obtuse willfully, or out of a sincere lack of ability to read verbal and nonverbal cues, as so many have claimed? Which is worse? And when the ultimate outcomes are the same, does it even matter anymore?