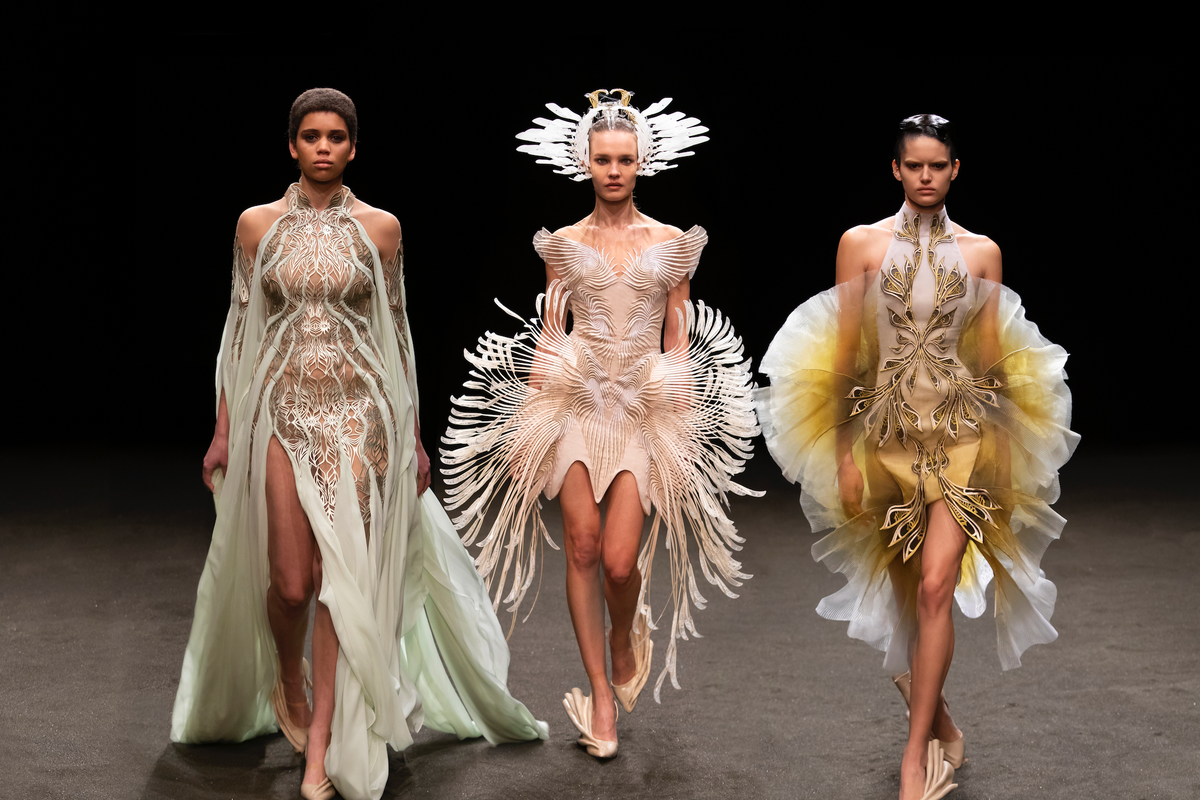 Of all the things someone like Iris van Herpen could cite as the inspo behind a new collection, fungi isn't something most fashion people would have guessed. But that's exactly what the starting point was for her Spring 2021 haute couture offering unveiled today, and the results are unsurprisingly sickening despite the odd source material.

This season, the Dutch designer, whose avant-garde sci-fi creations have long set her apart from the couture pack, referenced the "intricacy of fungi and the entanglement of life that breathes beneath our feet," according to the brand's show notes, which basically read like a philosophical stan account of all things fungi and mushrooms.

As someone whose work often explores the connection between the human body and nature, it's fitting that phrases like "the life-bearing fine threads of mycelium" and "ecological connective tissue" are used to describe fungi's importance. As it turns out, van Herpen also found inspiration in the scientist Merlin Sheldrake, who once wrote that "these astonishing organisms challenge our animal imaginations and make questions of many of our well-worn concepts, from individuality to intelligence."

The collection is titled "Roots of Rebirth" and is comprised of 21 fantastical looks that are a nod to things like roots and spores. Lasercut treatments, sprouting fins, interconnected embroidered roots and silk fan blooms are some of the techniques used to bring this point home.

In one look that captures the fungi narrative best, Natalia Vodianova models a dress made of pleated glass-organza with a white-to-amber ombré that branches out from a hand-embroidered bodice to form fractal networks. The gills you see are 3D embroidered onto expandable lace and lasercut to reveal the skin beneath. Another standout was Sevdaliza's striking red gown that connects parts of her entire body.

See more for yourself in the video, below.