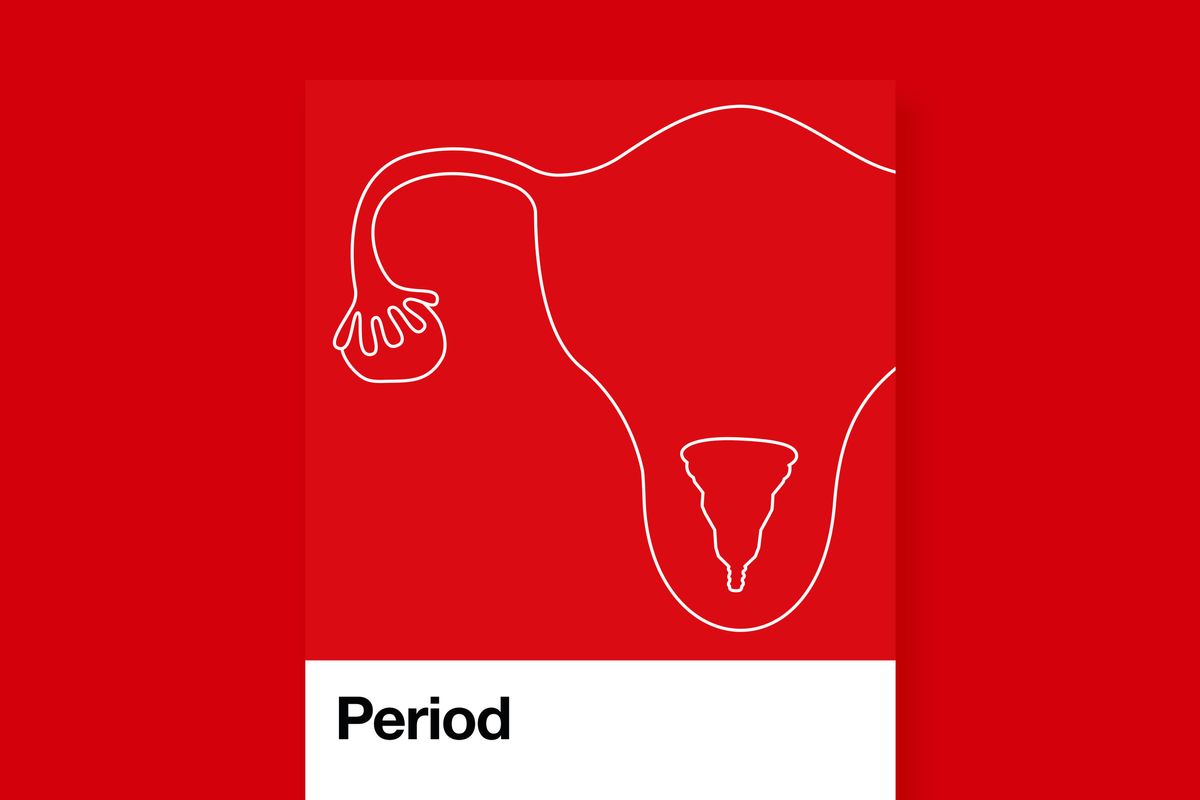 This article is a sponsored collaboration between INTIMINA and PAPER

Getting your period is an extremely normal, everyday aspect of being a human person on planet earth — but you wouldn't necessarily know it. Menstrual cycles are still whispered about in hushed tones and code names (Aunt Flo, anyone?), out of earshot of cis men who supposedly can't handle a little bit of blood. Your average advertisement for menstrual products doesn't even dare show what periods actually entail: a monthly hormonal cycle of heavy bleeding. Instead it's just flowers, hearts and vague diagrams that in no way resemble what ovaries and vaginas actually look like. Sometimes you don't even know you're watching a tampon ad until they show the product right at the end. It's actually pretty weird when you start thinking about it.

Recognizing that we've all been confused by those glittery blue period diagrams for way too long, Swedish intimate health brand INTIMINA (which manufactures a range of reusable menstrual cups and pelvic strength products) has linked up with the Pantone Color Institute to create a true-to-life shade that's inspired by what a menstrual bleed actually looks like. We're sure that you'll agree that it's actually a rather gorgeous and romantic crimson hue. Why wouldn't you put this period blood color on TV?

With this much-needed addition to the color spectrum, INTIMINA wants to normalize everything about periods: what they look like, how they're experienced (in my case, heavy cramps and an extreme need for expensive chocolate) and why they're easy to talk about out loud, without shame. They're calling it the SEEN AND HEARD campaign, and that's exactly what it is. No more stigma, baby! Regardless of gender, we bleed red, and that's more than okay.

"Despite the fact that billions of people experience menstruation, it has historically been treated as something that shouldn't be seen or talked about publicly," explains Danela Zagar, Intimina's Global Brand Manager. "And if we look at popular culture, depictions of periods have ranged from wildly inaccurate and unsympathetic to being the subject of jokes and derision. Enough is enough, it's 2020. Isn't it time periods stop being considered as a private affair or a negative experience? Isn't it time we call out people that try to perpetuate the stigma surrounding periods? Or those that mock it? Isn't it time we come together to encourage period positivity and make sure periods are seen and heard?" Sure is.

The vibrant red Period shade doesn't just look pretty: it was specifically designed to mimic the color of a healthy, steady menstrual flow. Because as Dr. Alyssa Dweck, practicing gynecologist notes, "menstrual flow is often referred to as an additional vital sign... color, consistency, duration and quantity are almost a window into one's health with changes and characteristics potential signs of broader health issues." In other words, it's literally a public health issue that we aren't taught what period blood should actually look like. Let's address that.

As for Pantone, the color experts were up to the challenge of recreating the very specific tone of menstrual blood. "We were very honored to partner with Intimina on the creation of Period, a confident red shade symbolic of the empowering message expressed in their new SEEN AND HEARD campaign," says Laurie Pressman, Vice President of the Pantone Color Institute. "An active and adventurous red hue, courageous Period emboldens people who menstruate to feel proud of who they are. To own their period with self-assurance; to stand up and passionately celebrate the exciting and powerful life force they are born with; to urge everyone regardless of gender to feel comfortable to talk spontaneously and openly about this pure and natural bodily function."

Seen, heard, but also taking action: INTIMINA donated £2,000 to ActionAid, an international charity that works with women and girls living in poverty across Africa, Asia and Latin America as part of the campaign. That money will help support the crucial fight against period poverty, and reducing global stigma around menstruation.

All that good stuff aside, Period is also just decidedly chic. Graphic designers, take note of your new go-to shade. And please, no more flowers and glitter.

Visit intimina.com to check out their range of reusable menstrual cups.