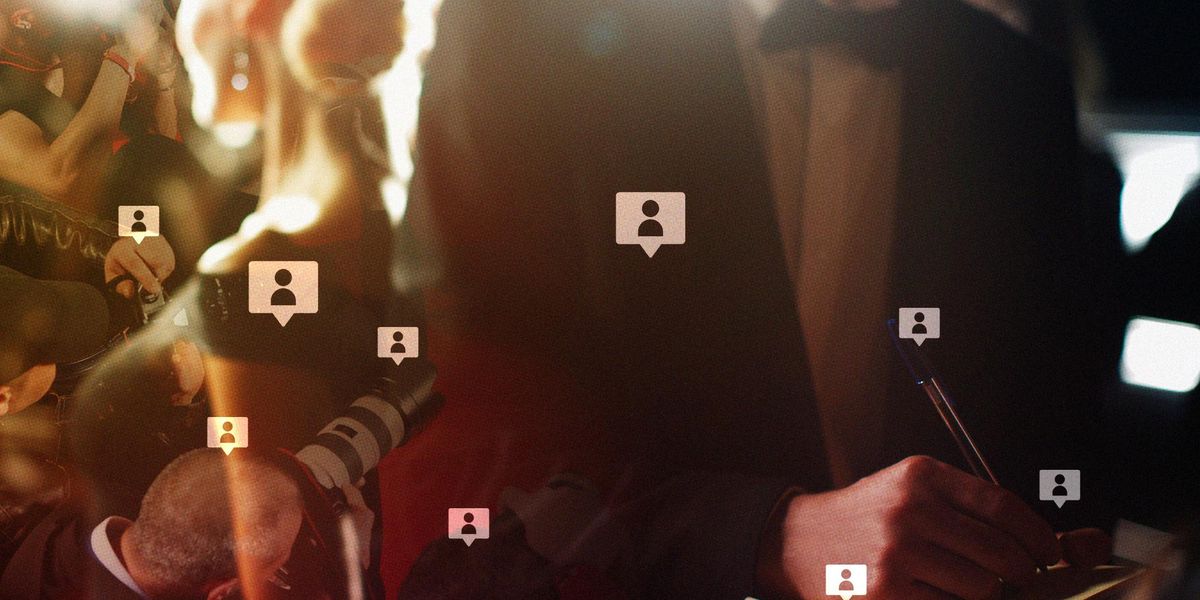 Credit where credit is due — it's a notion commonly credited to Samuel Adams in a letter dating back to 1777. And while I've never read it, I'm pretty sure he was talking about giving creatives the proper tags on Instagram. When today's biggest stars post pictures that can reach hundreds of millions of eyeballs across the world, that's prime real estate. If you're an Ariana Grande or a Katy Perry, you often give credit where credit is due, tagging the designers, the stylists (two stylists on a single look? Sure, why not!?) and the hair and make-up team so your 108M followers can see the talent whose time, efforts and skills went into constructing the fantasy being created.

But for a number of redacted celebrities, digital real estate is perceived to be more valuable with the proverbial chorus left waiting in the wings. And it ain't good.

"It's an essential piece of our business — especially since custom pieces require a lot of work, so it can be heartbreaking, especially when they are pieces I have hand painted," says designer Patrick Church, who has seen his looks on a number of notables include Megan Thee Stallion, Doja Cat, Ziwe (who posted and tagged) and Detox (who posted and tagged). "I try and set expectations ahead of time to avoid this, but occasionally things happen and it can feel disheartening." Imagine the thrill of having your custom look exposed to a whole new audience and then realizing said audience will never know where the look came from. Prospective new followers aside, that's lost business opportunities.

And it's not as though people like Church are asking for hand-outs. "As a small brand, the support of a larger community is essential and in the same way for clients who tag themselves in the product, we consistently share them on our Stories to help highlight them in the ways they deserve." In other words, it's a mutual back scratch type of situation.

And let's be very clear here: Unless a celebrity, "celebrity" or ~celebrity~ is being reimbursed or makes the promise of Instagram tags, credit is not necessarily due so much as it is often desired, not to mention deserved. It's worth delineating that a person, celebrity or otherwise, is not bad nor wrong for omitting proper credits. In fact, there's lots of reasons why one may not. The "I woke up like this" steez doesn't quite pack the same punch when the tags reveal the small army assembled just to get the shot. Plus, there's a certain degree of hubris that must be thrown out in showing oneself as more of a canvas on which great art can be made than the almighty creative.

But drink your juice, celebs, and tag your teams anyway.

That said, it's hardly celebs so much as it is publications who are the biggest culprits. "Publications survive off of the blood, sweat and tears of creatives," says photographer Sean Howard. "It does a great disservice to the artists who have potentially sacrificed and invested so much for the opportunity to see their work in these publications only to not receive proper credit or social media tags." As for celebrity tags? "I learned early on to let go of any frustrations that may come from expecting a tag, unless it was explicitly stated before the creation of the photos."

And one might be reading this and thinking: "It's just a tag. What's the big deal?" The answer, quite often, can be a creative's bottom line. "A tag has the potential to introduce new people to my photography work and generate business," Howard explains. Just think about your own scrolling habits. How often do you wormhole through one account to the next because you saw someone wearing something you liked or wanted to know who made that eyeshadow? That visibility, which in today's world can be the most sought after real estate, can lead to discovery — the first phase in building a financially solvent business. Just ask Karen Huger.

Related | Why Did We Take the 'Harry Styles Wears a Dress' Bait?

"One of the key components to any successful business is brand awareness through the implementation of various strategies and tactics that can help increase brand visibility," Howard says. "A tag can immediately raise your brand's visibility by putting your social media channel in front of the client's audience, which could lead to sales and help increase the top of the mind awareness. And yes, it is the principle too. If you like the work that a creative made for you it just doesn't hurt to include a tag to give credit where credit is rightfully due."

So we've identified a problem. Let's look toward a solution. Howard says he encourages creatives to utilize contracts that explicitly state their requirements in regards to tagging and crediting.

The best thing to do if you see a missing tag, according to photographer Marcus Morris, is immediately DM and ask for credit. If no response, go to the email of the brand marketing team or photo editor. "I think the reasonable expectation is for a global brand or publication to properly credit. If your image is unauthorized usage, especially from a big brand, I recommend screenshots of everything and a nice email asking to be credited along with an invoice for a licensing/syndication fee."

Morris knows firsthand the financial missed opps in not having work properly credited. "Karlie Kloss once reposted an image of mine on IG and it was picked up by massive news outlets, and I had no option because they credited her Instagram and she hadn't credited the source. If each one of those outlets had paid a small fee for usage, I would've made thousands. Celebrities should make a point of tagging."

And while we can't control celebrities, we can control our own habits. For those of us, myself included, that love to post the latest and greatest or dig into the archives for a fun refresh, consider the power and courtesy of crediting those whose work you seek to celebrate.

And when you see a celeb omitting tags of creatives you know had a hand in creating the work, drop a comment with their handle. It's really that simple.