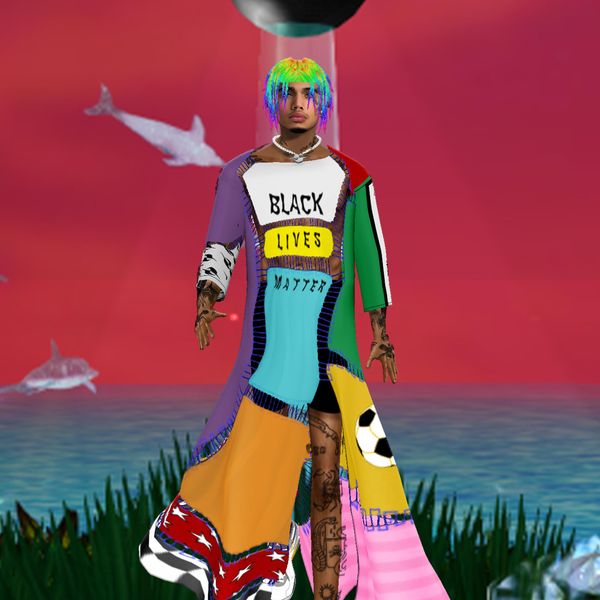 by Ana Escalante
Paper Magazine
12 May

Gamer girls and Instagram Baddies have always had a not-so-secret love affair. From old to new, the marriage between these two aesthetic subcultures is once again coming together for one of fashion's first metaverse presentations.

IMVU, an online utopia where users can create customizable avatars, is hosting seven rising brands as part of an internet couture showcase on May 27 and 28. Set to livestream on YouTube, digital garments will be available for IMVU users later that day, mirroring the latest see-now, buy-now format slowly enveloping the retail market. Select pieces will also be available for purchase as NFTs.

The show will be a collaboration between IMVU creators – often already designing looks of their own on the platform – and modern houses Collina Strada, Mowalola, Gypsy Sport, Freak City, Mimi Wade, My Mum Made It, and BruceGlen. As part of the occasion, IMVU is also creating custom digital rooms to debut each designer's unique aesthetic as part of their capsule.

A look from My Mum Made It

The brands participating in IMVUs fashion lineup aren't strangers to the alternative scene. Most are Gen-Z and millennial behemoths in their own way – Collina Strada's cotton-candy coated whimsical garments, that Mowalola trucker hat that's inspired a generation. For many, the platform presents a new, unexplored territory where anything is possible. However, for Freak City creators Valerie "Vally" Campbell and Justin Romero, the digital experience is an ode to their early design days.

"We were excited to participate in the IMVU fashion show as we have been a fan of the platform since 2012 and have created lots of content on IMVU from fashion avatars to music videos," the duo tells to PAPER.

There's a certain digital nostalgia that comes with the website – the big eyes, exaggerated waist to hip ratio, and 2000s-era glitzy aesthetics make the fashion-forward platform an e-girl's playground. Who can forget those steamy, scandalous ads all over MySpace?

Over the last year, luxury brands have turned towards alternative showcases of seasonal collections. Balenciaga released "Afterworld: The Age of Tomorrow," their first RPG-fantasy while Burberry and Valentino collaborated with Animal Crossing to bring runway looks to life on Tom Nook and Isabelle.

A look from Mimi Wade

The IMVU fashion showcase is just one example of high-end gamification developing the industry calendar. While retro-fueled aesthetics have appeared in collections for years, the modern-day virtual escape often feels like a reaction to online culture in the COVID-19 landscape.

"Creating a virtual fashion show in the imvu metaverse was the perfect escape from the harsh reality that I was experiencing in the real world," Gypsy Sport's Rio Uribe wrote about the platform. "When I said I wanted my models to have blue skin and be flying around on a pegasus, they were like - ok, what else?"

While massive legacy houses are following in the footsteps of the CDFA's announcement of live shows this September, we'll stick with our flying unicorns and alien avatars for now.

The IMVU virtual fashion show will be streamed on the platform's YouTube channel beginning at 1 P.M. PST on Thursday, May 27 and Friday, May 28.