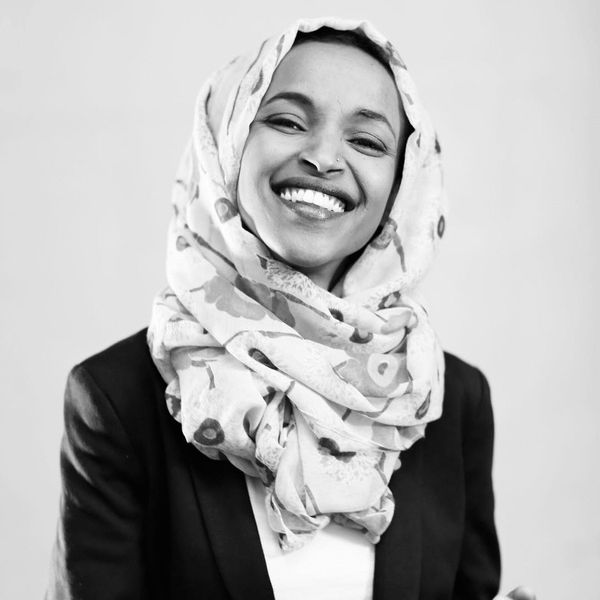 The first Somali-American Muslim woman elected to the US House of Representatives, Ilhan Omar of Minnesota, has already made history several times over before being sworn in as a freshman Congresswoman. But as a new generation of representatives are coming to find out, the institution hasn't necessarily kept up with the progression of modern society.

According to RollCall, Omar is teaming up with candidate for Speaker of the House and Democratic leader, Nancy Pelosi, and incoming chairman of the House Rules committee, Jim McGovern, to put forth a proposal that would change a Congressional rule that dates back 181 years. According to the official House rulebook, "no Member is to come into the House with his head covered, nor to remove from one place to another with his hat on, nor is to put on his hat in coming in or removing, until he be set down in his place."

Related | The Midterm Milestones You May Have Missed

This outdated rule means that Omar would have to remove the headscarf she wears for religious reasons if she wanted to at any point address the floor. Under the new proposal, religious head coverings, like the hijab, would be allowed. "No one puts a scarf on my head but me. It's my choice — one protected by the first amendment." Omar said in a statement on Twitter, "And this is not the last ban I'm going to work to lift."