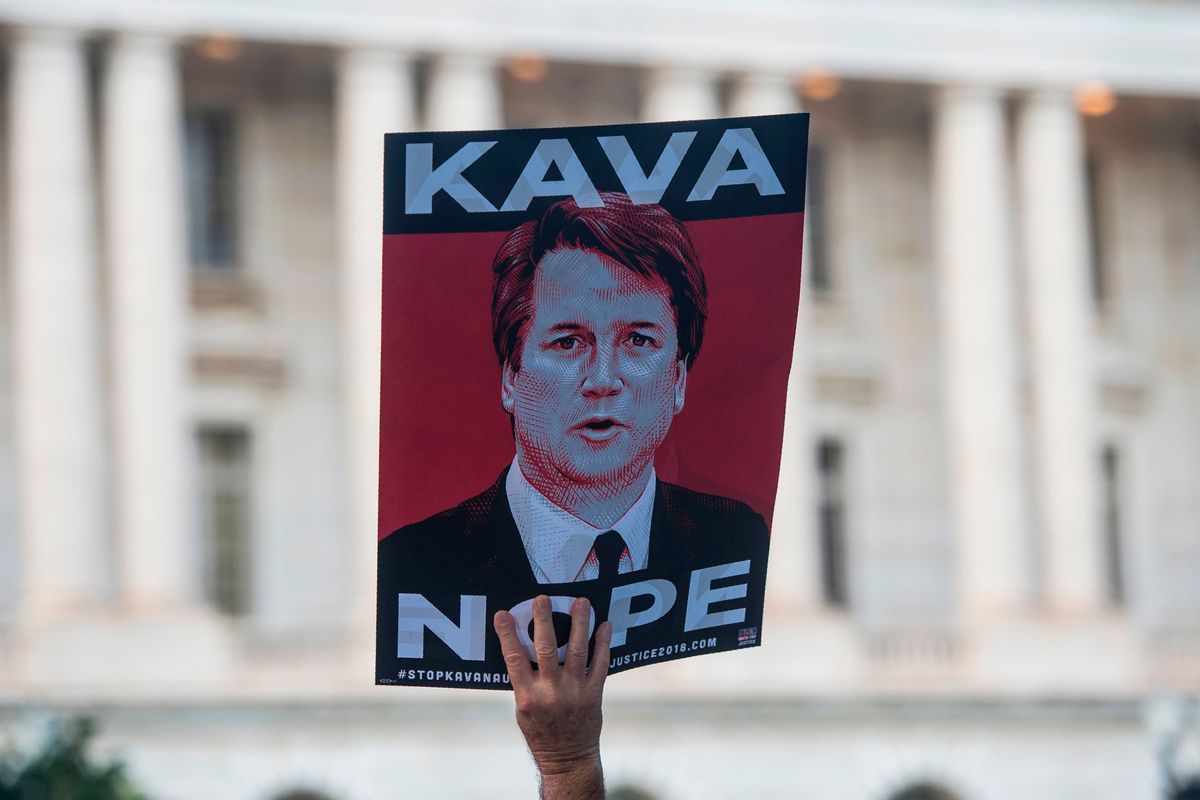 The Supreme Court often feels like one of the most functional, and most fragile parts of our government—and it's in crisis.

Kavanaugh is a staunch conservative replacing a decisive swing-vote. For a long time on the court there have been four left-leaning, four conservative-leaning and one swing voter. So, unlike most Supreme court transitions, in which a nominee replaces someone with similar viewpoints (i.e. Neil Gorsuch replacing Antonin Scalia), Kavanaugh's confirmation would radically change the court: pushing it further right and transforming it into a dangerous place the rights of women, queer people, people of color, people who want gun reform, people who need health care, and anyone who doesn't want to let the President make himself invincible to indictment.

Although Kavanaugh has been dodging, ducking and waffling through questions over the last week of hearings, his ominous legal records are revealing.

Abortion rights: If appointed, tipping the court to a 5:4 anti-choice to pro-choice split, Kavanaugh's vote could be one that overturns the landmark 1973 Roe V. Wade decision, which for 40 years has been the formidable legal protection of abortion rights. He's acted on his anti-abortion beliefs in court before, like last year when he wrote in a dissent in a DC Circuit case that decided that a detained undocumented teen immigrant had the right to seek an abortion.

The #MeToo movement's gains: In addition, as the National Women's Law Center reports, his record signals apathy towards the rights of sexual assault survivors, given that during his time as a judge he repeatedly helped deny people protection from sexual harassment and other kinds of workplace discrimination.

Ballooning executive power: Kavanaugh's views on executive power show suggest he believes that a sitting president could not be subject to a criminal investigation or indicted, threatening to undermine Robert Mueller's investigation of Russian interference into the 2016 election and protect Trump.

The Affordable Care Act: Kavanaugh would play a key role in determining on several landmark healthcare cases, including those related to Medicaid, the Affordable Care Act and Planned Parenthood. Democrats like Chuck Schumer and Elizabeth Warren have argued that based on past opinion, he's a threat to all three.

LGBTQ freedom: The court is certain to confront LGBTQ issues in the terms to come, like the ban on transgender people in the military, discrimination in the workplace, and education about sexual orientation. While none of his decisions as an appellate judge have addressed LGBTQ rights, advocates are sounding alarms based on his right-wing platform and endorsements anti-choice groups.

A final senate vote is expected at the end of September. Although Kavanaugh has extremely low approval ratings, analysts at CNN, Vox, The Atlantic and more have argued it's still likely, based on senators voting indications, that Kavanaugh will be confirmed.

Here’s what you can do:

Stay informed about how your Senators are voting and make sure you're in touch with them, but the Daily Intelligencer explains, Democrats must win over the two pro-life Republicans, Susan Collins (R-ME) and Lisa Murkowski (R-AK), before the red state democrats who have withheld their votes come into play. Activists have launched a crowdfunding campaign to encourage Collins to vote against Kavanaugh, promising to use the money to fund her opponent when she's up for reelection in 2020 and women have been mailing coat hangers to Collins to remind her of what's at stake.

2. Attend an action or protest to let Congress know that this confirmation matters to us.

Over 200 protestors have been arrested so far during the Kavanaugh hearings and women have been showing up to Capitol Hill dressed as handmaids. Making noise matters.

A round of country-wide protests took place in August and early September, but another round will likely be planned once a final senate vote date is set. Follow organizations like MoveOn, Planned Parenthood and NARAL Pro Choice to stay informed about upcoming opportunities to protest. Maine or Alaska, check out the Mainers for Accountable Leadership, Maine People's Alliance, and Alaska Grassroots Alliance. Protestors in Maine will visit Collins' office in the city of Augusta on Friday.

3. Donate to one of the organizations on the front-lines.

Planned Parenthood Action Fund, NARAL Pro-Choice America and Human Rights Campaign have been heavily involved in planning actions and protests, and organizing advertising to oppose Kavanaugh. Help them out.

4. Make sure you are registered to vote, learn about the candidates running in your area and show up to vote in the 2018 midterm elections, to help turn in the tide in Congress towards support for progressive issues.