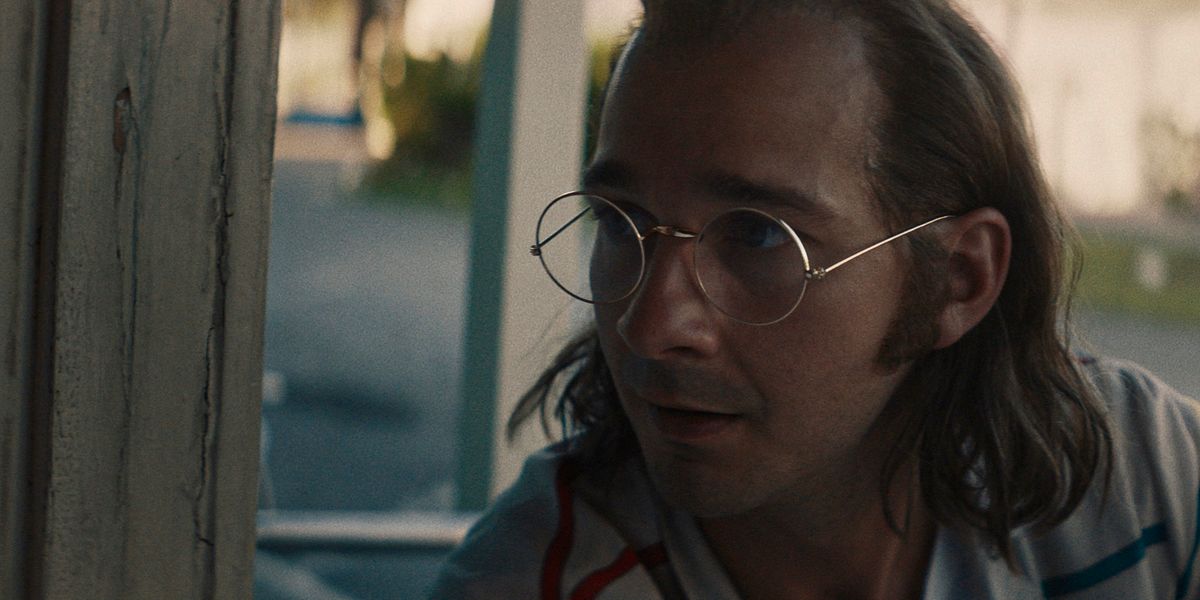 "Child labor laws!" Shia LaBeouf shouts in a beguiling drawl, in character as his own father, at Noah Jupe, in character as LaBeouf's childhood self. In an exclusive early clip from the new film Honey Boy, Jupe is made up in lipstick and hair curlers, playing an Even Stevens-era LaBeouf shooting a memorable scene on the Disney Channel show. LaBeouf screams the words at a room full of film producers, while nearly striking Jupe with the door as he throws it open to hustle the kid off set.

It's a sour, unsettling scene, full of absurdity and bleak irony. A father purports to be concerned for his son's well-being, while it's heavily implied to the viewer he's a threat to it.

That's not even to mention the eery mind-game of constantly contextualizing the characters. Shia LaBeouf has cast himself as his own father, under the name James Lort in the semi-autobigraphical film based on his childhood, which he spent being managed by his father, an emotionally abusive ex-rodeo clown, felon and alcoholic.

LaBeouf wrote the screenplay as a therapeutic exercise while in rehab. Jupe and Lukas Hedges play the child and teen versions of Shia, under the pseudonym Otis Lort. Jupe is the fresh-faced, curly-haired kid we remember from Even Stevens. In the clip, he appears shooting the memorable episode "The Secret World of Girls." Hedges transforms into the tabloid fixture and celebrity hellion-provocateur LaBeouf (now 33) became known as in young adulthood.

Directed by filmmaker Alma Har'el, Honey Boy promises to parse a remarkably complex father-son relationship and the consequences of LaBeouf's atypical upbringing. As we see in the full trailer, though James Lort is cruel and bullying, he also showers Otis with compliments, and promises he's the only one really on his side. Later, Otis says, "I don't need to talk about my dad... my dad's not the reason I drink, he's the reason I work."

"It is strange to fetishize your pain and make a product out of it and feel guilty about that," LaBeouf said earlier this year in a Q&A, according to The Hollywood Reporter. "It felt very selfish. This whole thing felt very selfish. I never went into this thinking, 'Oh, I am going to fucking help people.' That wasn't my goal. I was falling apart."

Honey Boy is out in theaters today.