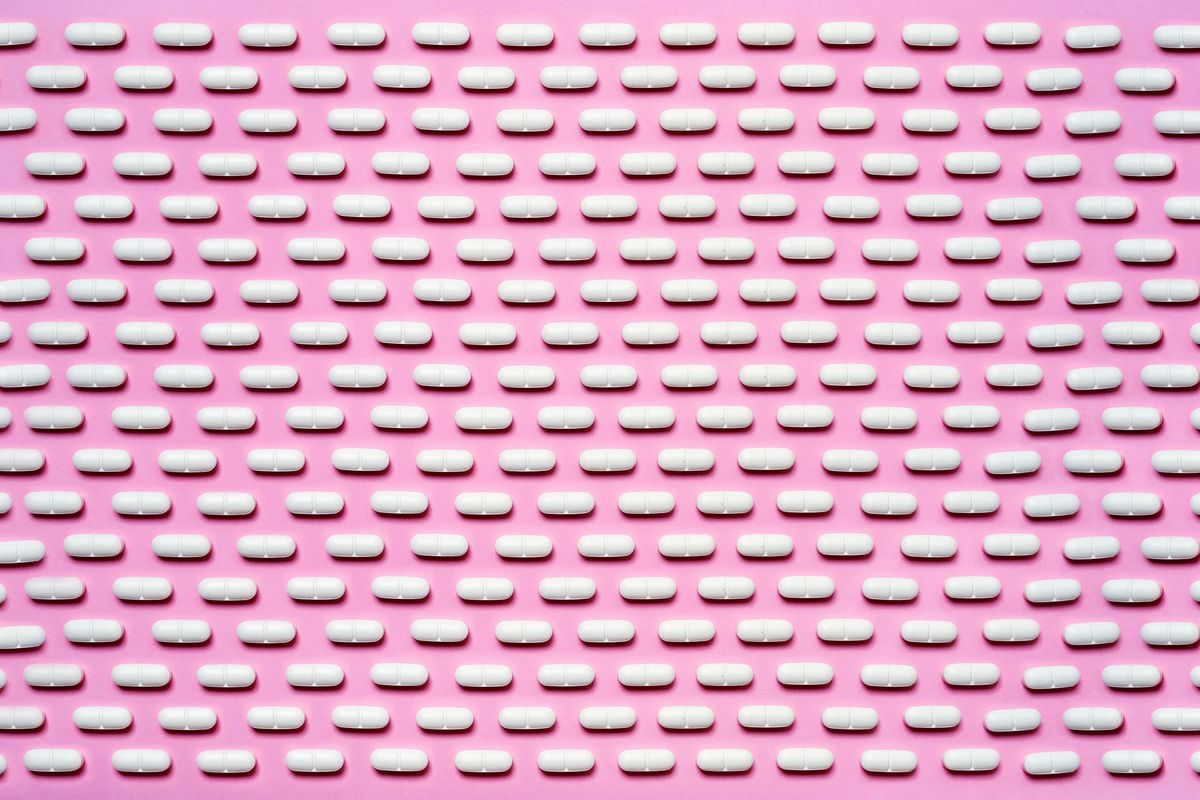 They're Called Happy Pills For a Reason

A few weeks ago I spoke about my fascination with the antidepressant, Zoloft. (No I don't feel White anymore. I got over that obstacle a while ago).

Along with Celexa, Lexapro, and Xaxas, these medications — known as SSRIs, or selective serotonin reuptake inhibitors— enhance your mood by producing serotonin in the brain. Despite being used to treat mental disorders like anxiety, PTSD, depression, and other ailments, there's a social stigmatism attached to SSRIs, both culturally and medically.

But, things could be changing.

Last year, California approved a clinal trial sponsored by MAPS (Multidisciplinary Association for Psychedelic Studies) to test MDMA's effectiveness in treating PTSD. And recently, The Lancet published a groundbreaking new study regarding the drugs. Testing 21 different medications for the treatment of depression, the findings could alter how the medical community goes forth with helping their patients.

With both the medical and recreational drug communities both working towards normalizing substances that alter the mood, could we be entering a serotonin-laced renaissance?

If there's anybody that understands the stigma of taking antidepressants, it's me. I mean for Christ's sake, it took me months before I was comfortable telling my family). And others agree. Christian Talbot wrote for HuffPost in 2014, "I did it without really thinking why and realized afterward that I was worried someone would ask what I was taking. I was worried that someone would see and would think 'Look at yer man, he's on pills for his nerves.' That somehow it would mark me out as being abnormal in some way which is just ridiculous."

When you say, "I'm medicated for anxiety/depression," the world hears, "I'm emotionally unstable, dangerous, weak, and somebody to be judged for poor morality." There's a reason why up to 30 percent of people with depression don't seek treatment, or self-medicate. Nobody wants to be perceived as lesser because of suffering, whether physical or psychological.

And speaking of self-medicating, everybody should know what MDMA is — otherwise known as Molly, or Ecstasy's bohemian-Coachella loving sister.

Made in 1912, MDMA was originally incorporated into psychotherapy during the '70s to aid patients in achieving personal insight. It's important to note that despite its clinical use, MDMA was never approved by the U.S Food and Drug Administration for human use. And naturally, this amphetamine made its way into the streets. In 1985, the DEA did an emergency ban on MDMA as a Schedule 1 drug, only briefly falling off the list from 1987 to 1988. So why was MDMA so popular?

According to Drug Policy, "People who use MDMA describe themselves as feeling euphoric, open, accepting, unafraid, and connected to those around them. Typically used in social settings like festivals, concerts and clubs, MDMA's effects are stimulated by visuals, sounds, smells and touch, leading to heightened sensations and a desire to intensify these feelings by dancing, talking and touching. A typical dose of 80 - 125 mg lasts three to six hours. Some people experience nausea at the outset, but after about 45 minutes, report feelings of relaxation and clarity."

A drug that provides feelings of euphoria and joy? Sounds like a perfect self-medication for depression. Tom Elliot, a counselor with the Counseling Directory says, "It's not uncommon for people to make themselves feel better through self-medicating with drugs like MDMA."

Despite its illegal status and controversial usage in the drug scene, MDMA still remains a crucial part of today's conversation around mental wellness. That's why when California and MAPS rolled out a clinical trial for using MDMA to treat post-traumatic stress disorder, I wasn't surprised at all.

"We are seeking volunteers for a research study who are at least 18 years old and have been diagnosed with PTSD," Cole Martha, M.D, Site Principal Investigator, wrote on MAPS's official website. "You must be in good physical health to participate. We are studying an investigational drug (MDMA) used in combination with psychotherapy. The study takes place in Los Angeles, California, United States."

Which brings us to the other topic: Lancet's recent findings on the effectiveness of antidepressants. Taking over six years to compile, the study analyzed more than 500 trials of short-term treatment of adult acute depression along with 21 antidepressants. The findings noted that the drugs were indeed better than the placebos.

Dazed reported that Professor Carmine Pariante (of Royal College of Psychiatrists) commented on Lancet's study, saying it "finally puts to bed the controversy on anti-depressants, clearly showing that these drugs do work in lifting mood and helping most people with depression."

Often times antidepressants are written off as ineffective and dangerous because of social misunderstandings, but this study takes an important step towards demystifying medication that can in-fact improve the lives of many people.

While I'm not advocating for people to go scoring MDMA with your local drug dealer, I do suggest those who're suffering to seek legal professional help. It's 2018, and let's drop our social hangups with psychological health. Because there's nothing more chic than self-care.