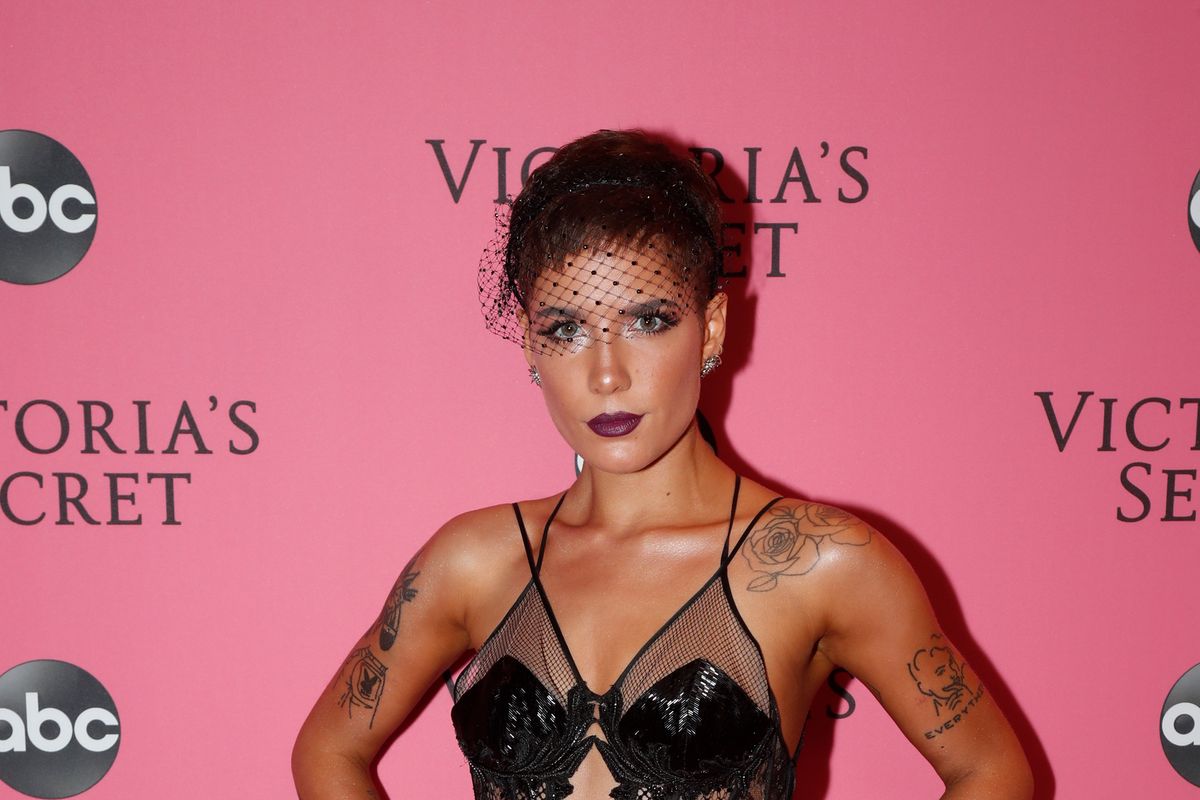 You might recall that this year's Victoria's Secret Fashion Show was marred by comments made by the brand's chief marketing officer Ed Razek, which he shared in an interview published after the show had been taped. To summarize what is a distressingly tone deaf rant, Razek rejected calls for VS to diversify its runway by hiring plus sized and trans models. "Shouldn't you have transsexuals in the show? No. No, I don't think we should," he told Vogue. "Well, why not? Because the show is a fantasy. It's a 42-minute entertainment special."

​Well, said 42-minute entertainment special aired last night. So the spotlight is back on Victoria's Secret, which has been frantically back pedaling over the past few weeks — chief executive Jan Singer even resigned. Now Halsey, who actually performed at this year's show (alongside The Chainsmokers, Rita Ora, and Shawn Mendes, none of whom have commented on the issue publicly) has taken the opportunity to express her support for trans people and the LGBTQ community as a whole.

On Instagram, she explained her horror and disappointment at Razek's comments, especially as a longtime fan of the Victoria's Secret brand. She expressed her support for trans people, and announced that she has donated a "sizeable" amount to LGBTQ youth support service GLSEN in their honor.

With even one of the show's musical performers calling out Victoria's Secret, could something actually change when the angels hit the runway next year? Probably not, but just in case: here are 18 trans models the brand could cast.