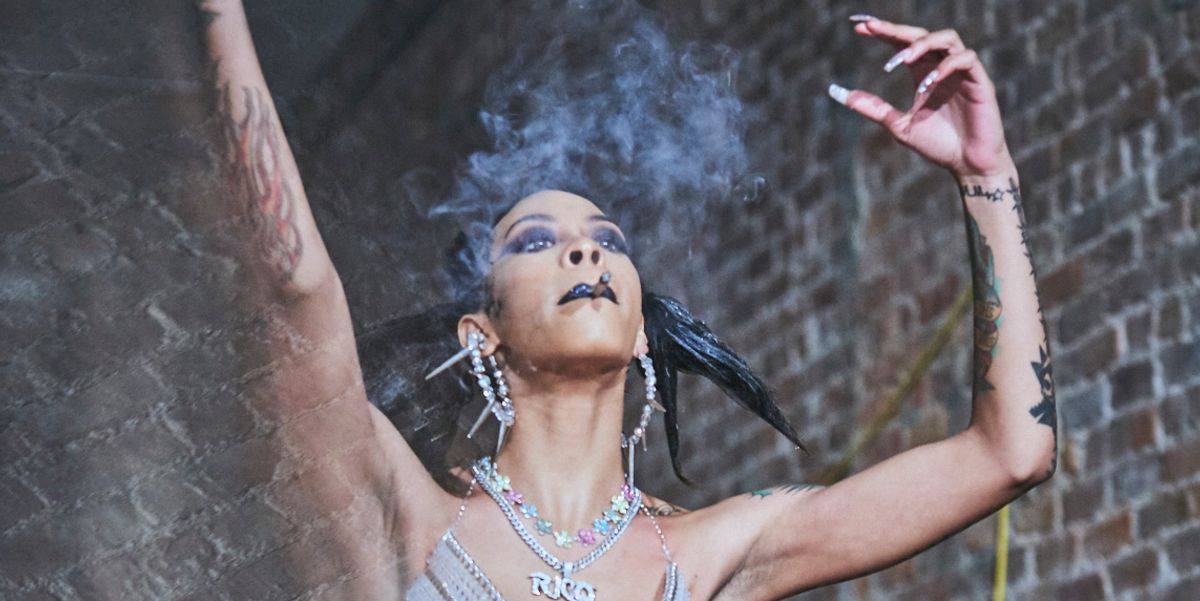 As one of the most diverse NYFW shows, Gypsy Sport has made a name for itself because of the kinds of models they use and the creative interpretations they go by, courtesy of designer Rio Uribe. This season, in a raw SoHo space, the designer sent one of the most fun collections yet down the runway. A sea of contrasts made the collection the talk of the night. Here's everything you need to know about the show.

Opening the collection were pieces covered in classic athletic inspired stripes. Mini dresses and sheer numbers were styled with chunky white sneakers to sharpen the effect.

Models bared it all for the brand, regardless of gender, size and shape. There were cut-out dresses that were quite scandalous, deep v-necks and entire outfits that lacked shirts (again, for both genders). This collection was equal parts skin and clothing.

Denim was used in creative ways. Whether patched together to form tube tops or strung together in geometric pieces to form long gowns, these kinds of garments capitalized on the label's penchant for cool downtown casual sportswear.

In shades of deep red, purple and black, silky lingerie pieces were worn by many models. Styled with the trendy opera length gloves, these outfits felt intrinsically early 2000s — like something you might find at the mall at Hot Topic.

In contrast to all the skin-baring outfits, there were also prim and proper looks that become in a way, ironic. One silver skirt suit was paired with a pillbox hat, for example. Low cut suits, on the other hand, were covered in bottle caps.