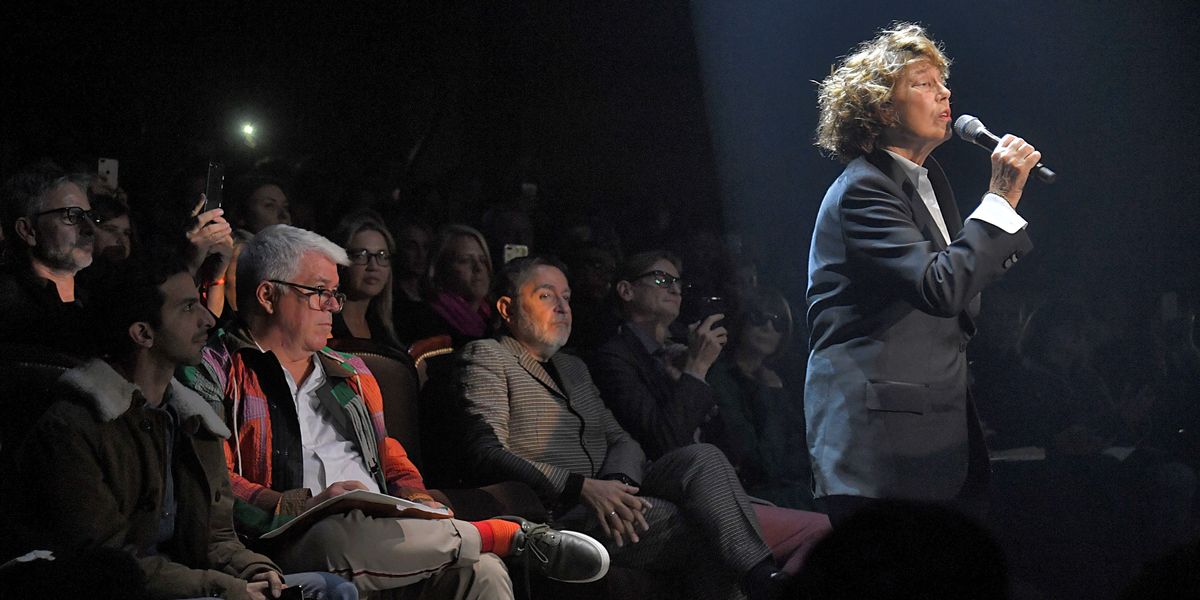 Between riveted leather and bejeweled cotton jockstraps, inlets in trousers shaped like underwear, and nautical silken briefs layered over slacks, Michele's emphasis on the pelvic region was front and center. Underwear as outerwear, perhaps a nod to the venue's time as a nightclub, conjures up images of entertainers causing mass panic with the suggestive styling maneuver (Madonna in Jean Paul Gaultier, anyone?).

In an homage to the entertainment icons, Michele emblazoned the queen of country music Dolly Parton on a denim jacket, turned Mickey Mouse into a handbag, and made felt hat's inspired by late singer-songwriter Janis Joplin's own.

Jane Birkin sat inconspicuously at the center of the theater during the first half of the show. The English actress and singer rose from her seat, cueing an unexpected intermission during which she performed her 1983 song "Baby Alone In Babelyone."

Gucci favorites Jared Leto, Faye Dunaway, and Hari Nef were joined by a high-profile list of Asian celebrities including Japanese actress Haruna Kawaguchi, Chinese actor Shawn Yue, and South Korean singer Kai. With admiring fans and photographers swarming outside the venue, the group caused a show of their own on Rue du Faubourg Montmartre.