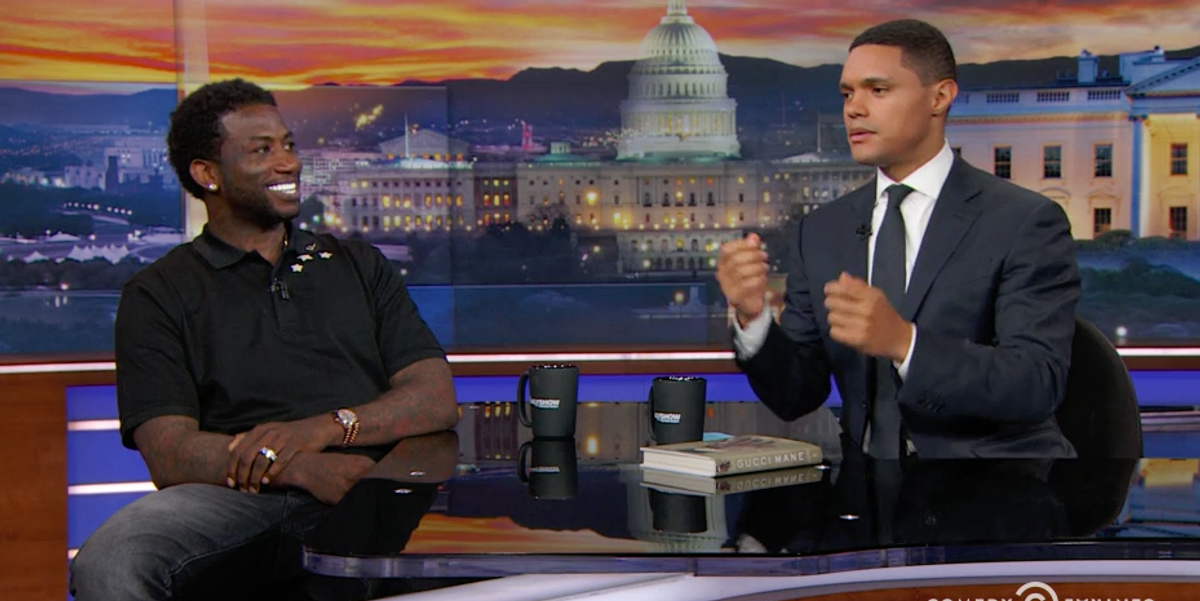 Doing the press rounds for his new book, The Autobiography of Gucci Mane, La Flare stopped by The Daily Show with Trevor Noah where he talked Keyshia Ka'oir, his frequent jail stints and leaving the lean-life behind.

After asking Gucci how he feels about being known for Spring Breakers, honestly mostly everyone has forgotten about Spring Breakers so I can't imagine anyone recognizing Gucci from his cameo, Trev then asks Gucci to formulate him a "rap name" (because this is a talk show). Gucci helpfully offers, "Trevor Mane." Icons only.

Gucci also discusses his kiss cam proposal to fiancé Keyshia Ka'oir, revealing the move was mostly spontaneous and he always knew she was the one he wanted to spend the rest of his life with. Can we just:

Let's also throw it back to the video where Gucci discovered Ka'oir.