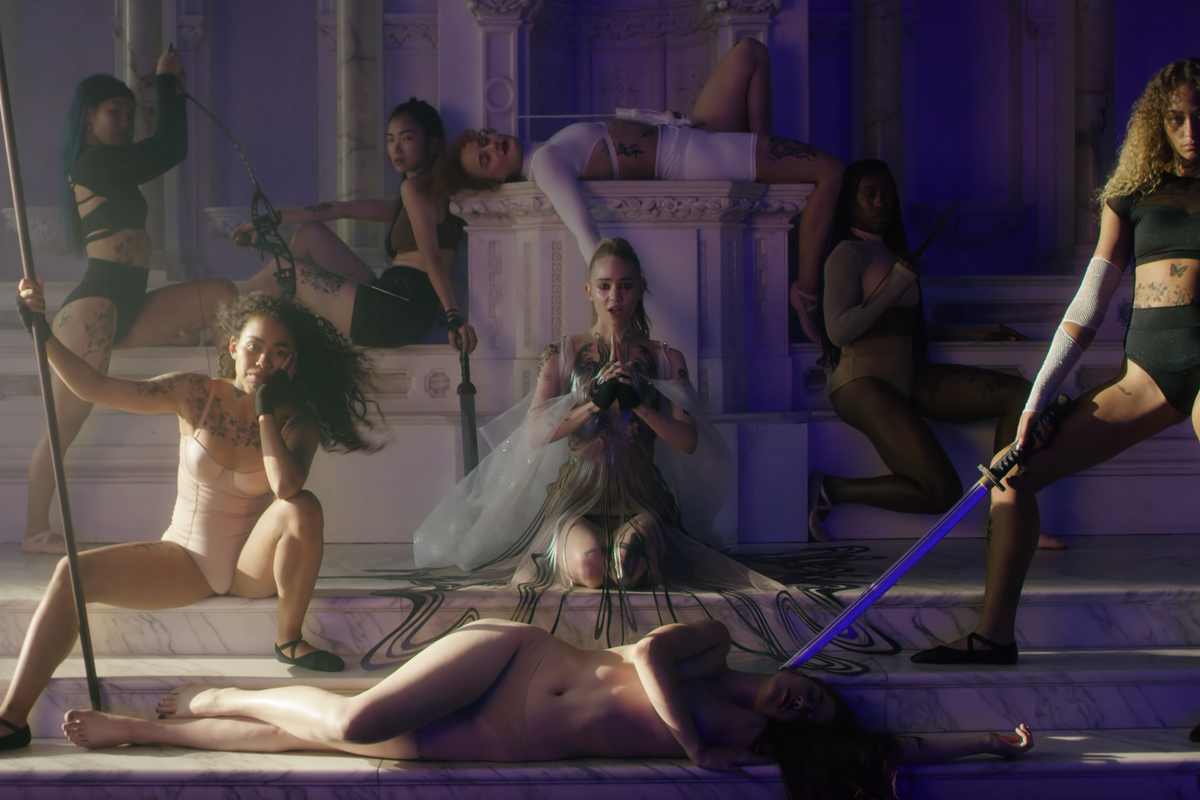 Slowly but surely, Grimes is prepping her comeback. Following "We Appreciate Power" with protege Hana and a demo for "Pretty Dark," the unlikely pop star's first album since 2015's Art Angels is imminent.

The latest taste of Miss_Anthrop0cene, reportedly out later this year, comes in the song and video to "Violence," a collaborative track with DJ/producer i_o. The strident synth-pop tune boasts a sticky "you wanna make me bad" refrain either about a bad relationship or the dire state of the world. Lest we forget, pop music contains multitudes! Either way, "Violence" is threaded together by Grimes' otherworldly harmonies.

For her self-directed video, Grimes, alternately clad in a face mask and earth goddess garments, gamely performs choreography (wind machine and all) alongside a group of dancers armed with swords and wearing looks straight out of Final Fantasy. Also, some pretty cute robots make an appearance. This, from a woman whose fitness routine and... spiritual alignment... has involved sensory deprivation tanks, sword fights, screaming, and an experimental eye surgery. See it all go down, below.