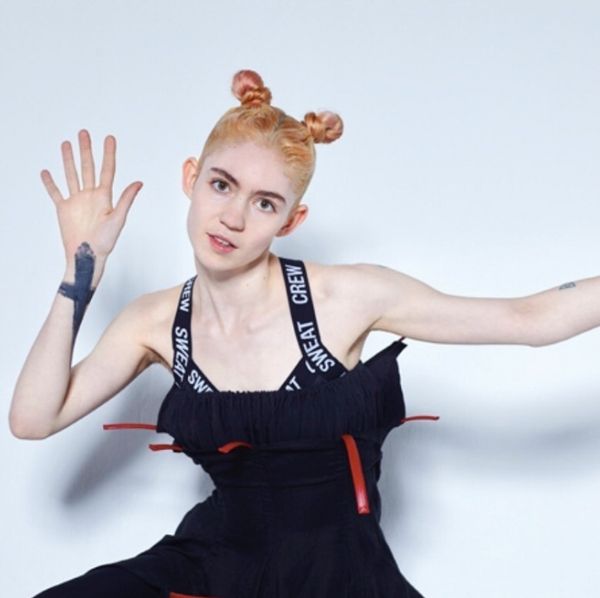 While Grimes has been in the news this past week mainly for her romantic associations, she's reminding us to bring it back to what really matters: the music. The singer's shared a potential tracklist for her new, fifth album, which she's been teasing for awhile now. (Her last album, Art Angels, came out in 2015, so fans of the Canadian artist are especially excited for this new release).

Related | Grimes and Elon Musk are Dating, Because 2018 Is Doing the Most

Writing on Instagram stories over the weekend, Grimes captioned the list with "working titlez, subject to change but just so y'all know its real". Some of the song titles? "thats what the drugs r 4", "Darq Souls", and "Nymphs At Versailles".

Claire Boucher on Instagram: “grimes posted this on her story "working titlez"!!!!! #grimes”

She also teased fans on Twitter about a new song she hopes to release soon: