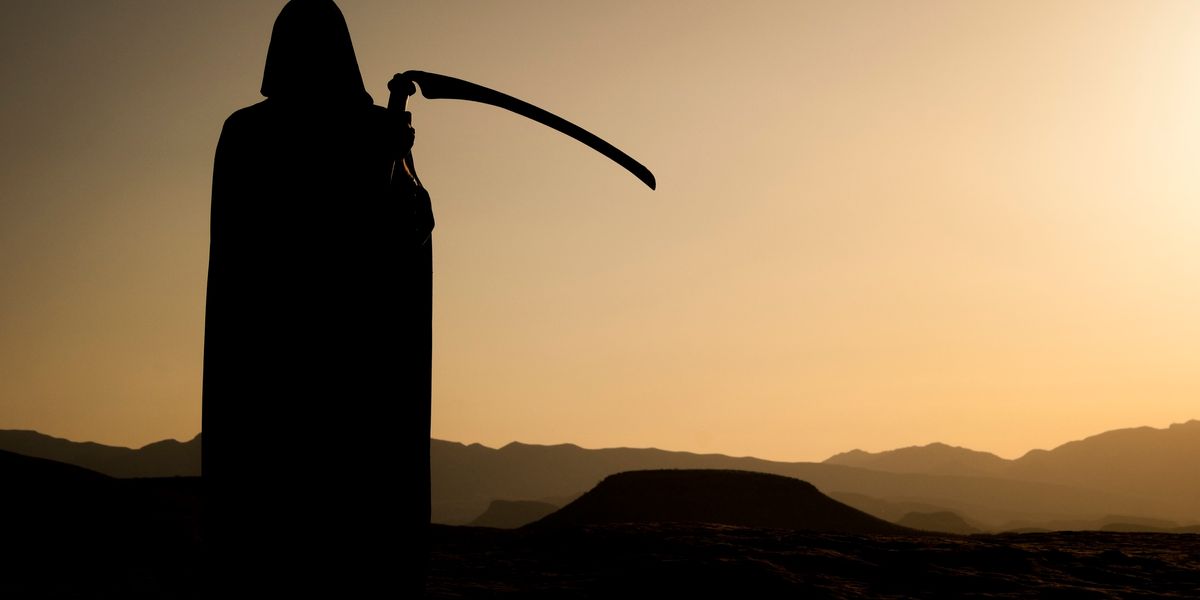 Death has been haunting the country because of the COVID-19 pandemic, but now death is literally stalking the beaches of Florida.

A lawyer named Daniel Uhlfelder has taken it upon himself to go around beaches in Florida, dressed in a Grim Reaper costume, to remind people that the battle against the novel coronavirus is a grave matter. The lives of many literally depend on obeying stay-at-home orders, and taking proper social distancing measures.

Uhlfelder's first stop was Miramar beach on Friday. "I think it's premature that we open our beaches. I'm a huge proponent of public beaches, and I've been fighting for that for years, but I think the danger of bringing people here to our area, spreading the virus — I think that's going to prolong the recovery we have," he told ABC in an interview. "I think we should take better measures. We 're drawing people from all over the world to our beautiful beaches, and it's too soon. It's not appropriate."

According to Johns Hopkins University's tracker, there are more than one million confirmed cases of COVID-19 in the United States, and the death toll is now at over 65,000. Nearly 35,000 cases of the virus are in the state of Florida, with over 1,300 deaths. Despite all this, the local government decided to reopen its beaches.

"We aren't at the point now where we have enough testing, enough data, enough preparation for what's going to be coming to our state from all over the world from this pandemic," the lawyer told CNN. "I know how beautiful and attractive our beaches are. But if we don't take measures to control things, this virus is going to get really, really out of control."

The lawyer's protest also doubles as an effort to elect Democrats into Congress. If you want to support Uhlfelder and his Florida beach tours as the Grim Reaper, he's currently collecting donations online.