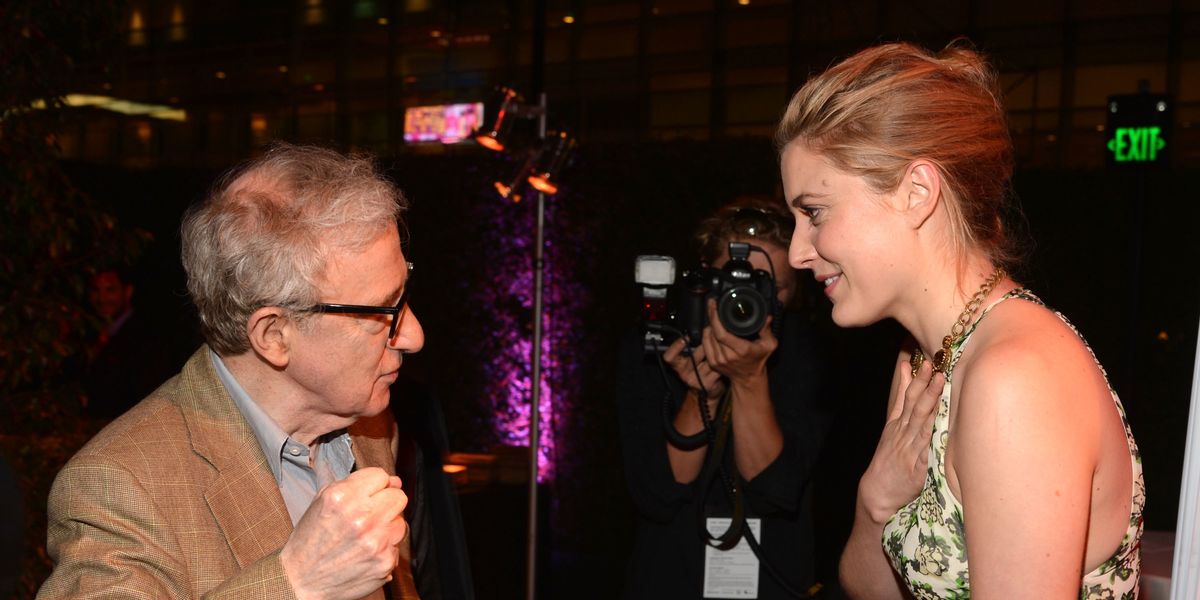 Greta Gerwig on Woody Allen: 'I Will Not Work For Him Again'

Greta Gerwig is at the forefront of the press cycle for her triumph Lady Bird, the critical and commercial hit that took her all the way to the Golden Globes top spot. That spotlight means a harsher glare the skeletons/creative choices of one's past, which in Greta's case is her decision to star in Woody Allen's 2012 film To Rome with Love — largely due to the industry-wide takedown of men who mistreat women, and the various accusations of sexual abuse Allen has faced throughout his career.

Speaking to The New York Times following her win at the Golden Globes, Gerwig expressed regret at her decision to work with Allen, which she only came to terms with after she read Dylan Farrow's open letter in The Times. The director realized, she told the publication, that she had "increased another woman's pain."

"I was heartbroken by that realisation," Gerwig said. "I grew up on his movies, and they have informed me as an artist, and I cannot change that fact now, but I can make different decisions moving forward."

Gerwig has been criticized for failing to give a concrete answer as to where she stands on the Woody Allen issue in the past, but this time she pulled no punches and claimed she would never collaborate with Allen on another project.

It is something that I take very seriously and have been thinking deeply about, and it has taken me time to gather my thoughts and say what I mean to say," she said. "I can only speak for myself and what I've come to is this: If I had known then what I know now, I would not have acted in the film. I have not worked for him again, and I will not work for him again."

Dylan Farrow has responded to Gerwig's comments, thanking her for her candor: "Greta, thank you for your voice. Thank you for your words. Please know they are deeply felt and appreciated," she wrote on Twitter.

Farrow accused her adoptive father Allen of abusing her as a small child and is still advocating for sexual assault survivors. One of the journalists who worked on exposing Harvey Weinstein's history of abuse, Farrow recently wrote a piece for The Los Angeles Times asking why Allen has been spared from the fallout. She also similarly summarized her thoughts on Twitter with regards to the Time's Up initiative.

"Is time really up now? Is this really the turning point? I have no doubt it can be. I have no doubt the time is right. But in order for things to meaningfully change, they need to change unequivocally," Farrow wrote.

"No predator should be spared by virtue of their 'talent' or 'creativity' or 'genius'. No rock should be left unturned. The principles of the movement need to be applied consistently and without exemption."