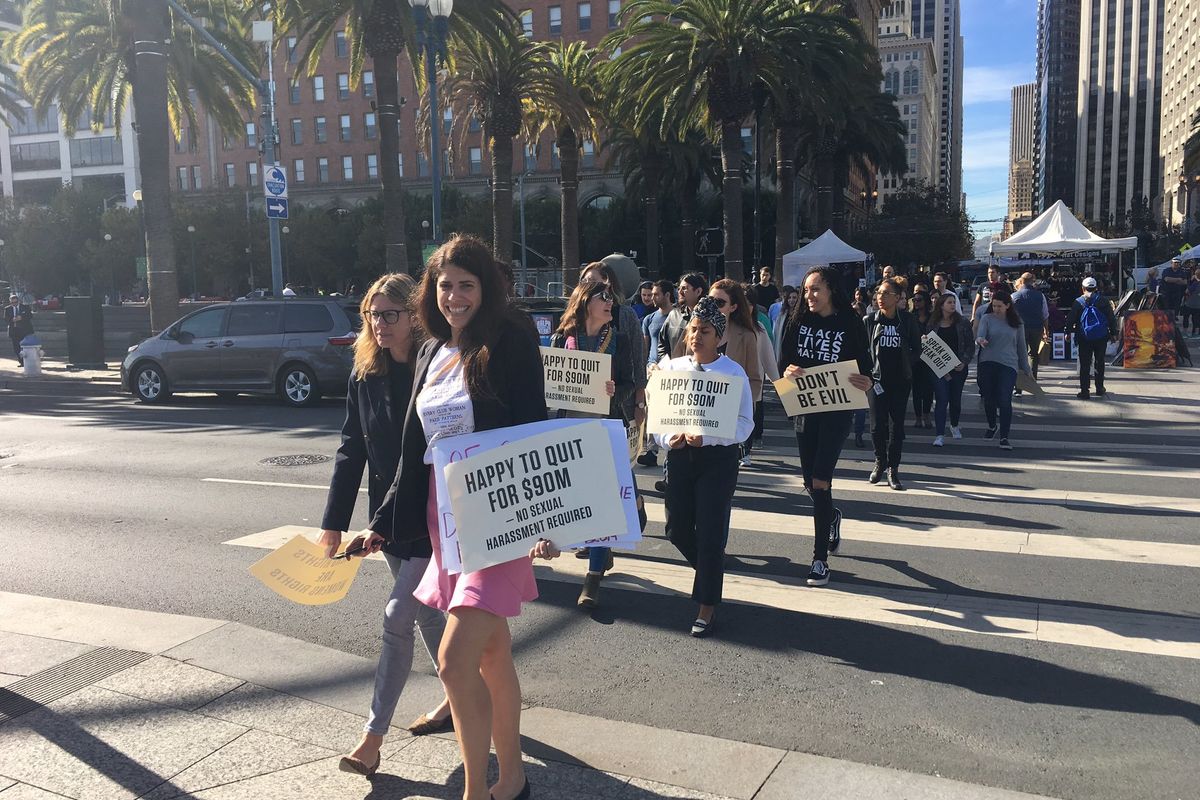 Google employees around the world walked away from their desks today to protest an alleged culture of sexual misconduct at the tech company whose services most of us use on a daily basis. At offices in California and New York, as well as Singapore, London, and Berlin, employees responded passionately to last week's New York Times revelations that high-ranking Google employees accused of sexual misconduct had received severance packages worth millions of dollars.

One such employee was Andy Rubin, the creator of Android. Rubin left the company in 2014 with a $90 million exit package; it is now clear that he departed in the wake of a sexual misconduct claim. He was asked to leave by Google co-founder Larry Page.

According to an open letter written by a group of women employees at Google and published by New York magazine's The Cut early Thursday morning, many Google workers found details revealed by the Times investigation to be unsurprising but galvanizing. They're now calling for a cultural shift away from "Google's history of harassment, discrimination, support for abusers" and towards a more equal workplace.

"All employees and contract workers across the company deserve to be safe," the letter reads. "Sadly, the executive team has demonstrated through their lack of meaningful action that our safety is not a priority. We've waited for leadership to fix these problems, but have come to this conclusion: no one is going to do it for us. So we are here, standing together, protecting and supporting each other."

Those who took part in the global walkouts this morning posted images and slogans to social media, using the hashtag #GoogleWalkout. As part of the protests, workers are demanding that Google discontinue its practice of settling sexual harassment cases via private arbitration. They're also calling for more salary transparency.

For its part, Google has neither endorsed nor condemned the walkouts. In a statement to the New York Times on Wednesday, Google's chief executive Sundar Pichai implied workers wouldn't be penalized for their actions, saying they "have the support they need if they wish to participate."