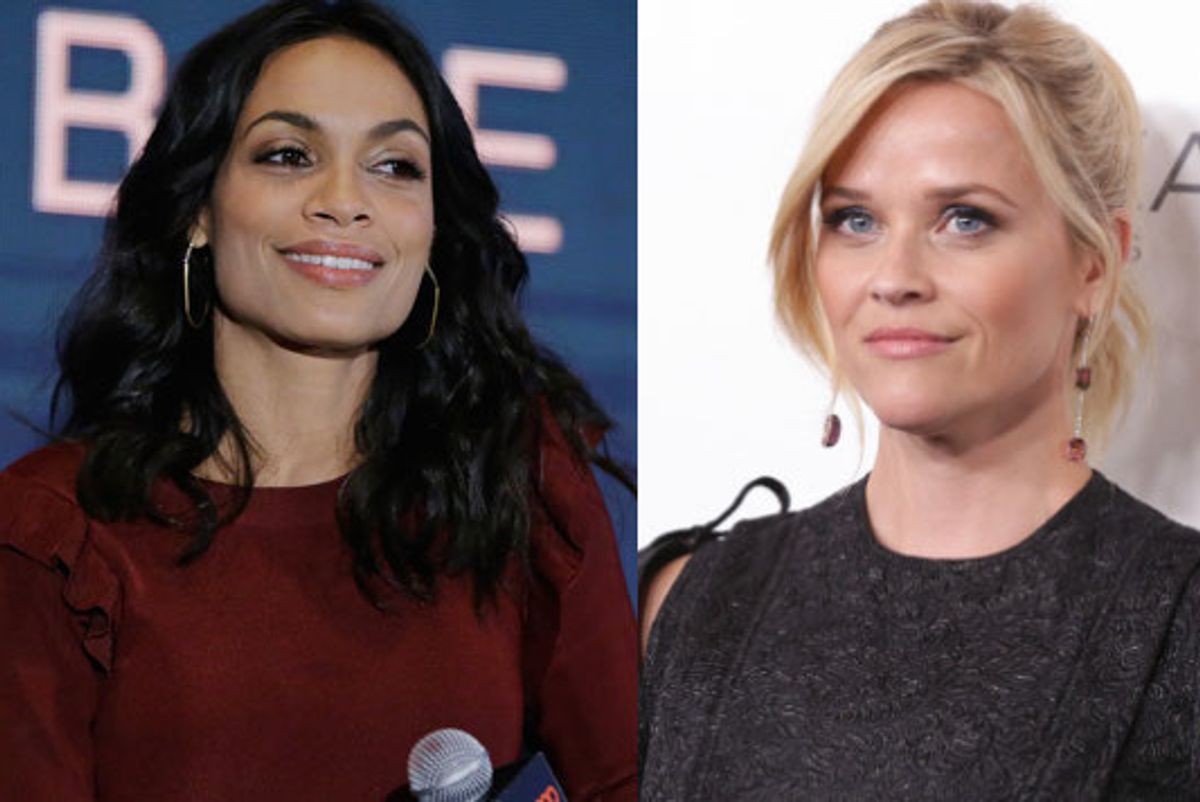 Rosario Dawson, Reese Witherspoon and Eva Longoria Want You to Wear Black, Too

At the 2018 Golden Globes tonight, scores of stars plan to wear all black on the red carpet as a sign of solidarity with survivors of sexual assault and harassment. The sartorial protest is part of the broader Time's Up initiative, a movement spearheaded by powerful women in Hollywood that also includes a legal defense fund for women who can't afford representation in cases of sexual harassment.

Rosario Dawson is one of those women, and on Friday she took to Instagram to ask her followers to join in wearing black clothes, whether they planned to watch the Globes or not.

Related | Meet the Woman Photographing the 2018 Golden Globes on Instagram


"We wear black to symbolize solidarity," she says in the video. "The death knell has struck on abusive power, and it's time to celebrate each other — not just the nominees on our film and television screens but our storytellers who have bravely come forward and courageously shared their stories which have liberated so many of us." Rosario finished her powerful message with the words: "Time's up. Please join us in blacking out on Sunday."

Reese Witherspoon and Eva Longoria echoed the sentiment on social media too, sharing Dawson's video and encouraging their followers to stand in solidarity:

Yaaas @rosariodawson! This is why we wear black! Everyone can join in tomorrow and post a pic of yourself in Black standing in solidarity with women everywhere trying to fight the imbalance of power! #TIMESUP on abuses of power! Today is a new day! pic.twitter.com/uGrJ6ja7FY
— Eva Longoria Baston (@EvaLongoria) January 6, 2018

Love everything @rosariodawson just said ... thank you to all the brave people women & men who have come forward with your stories. https://t.co/4HbS5QGUHL
— Reese Witherspoon (@RWitherspoon) January 6, 2018

A group of more than 300 actresses, writers, producers, directors and agents have signed the Times Up initiative. In another video, Witherspoon and Tracee Ellis Ross and Rashida Jones say they've already raised $15 million for the legal fund.