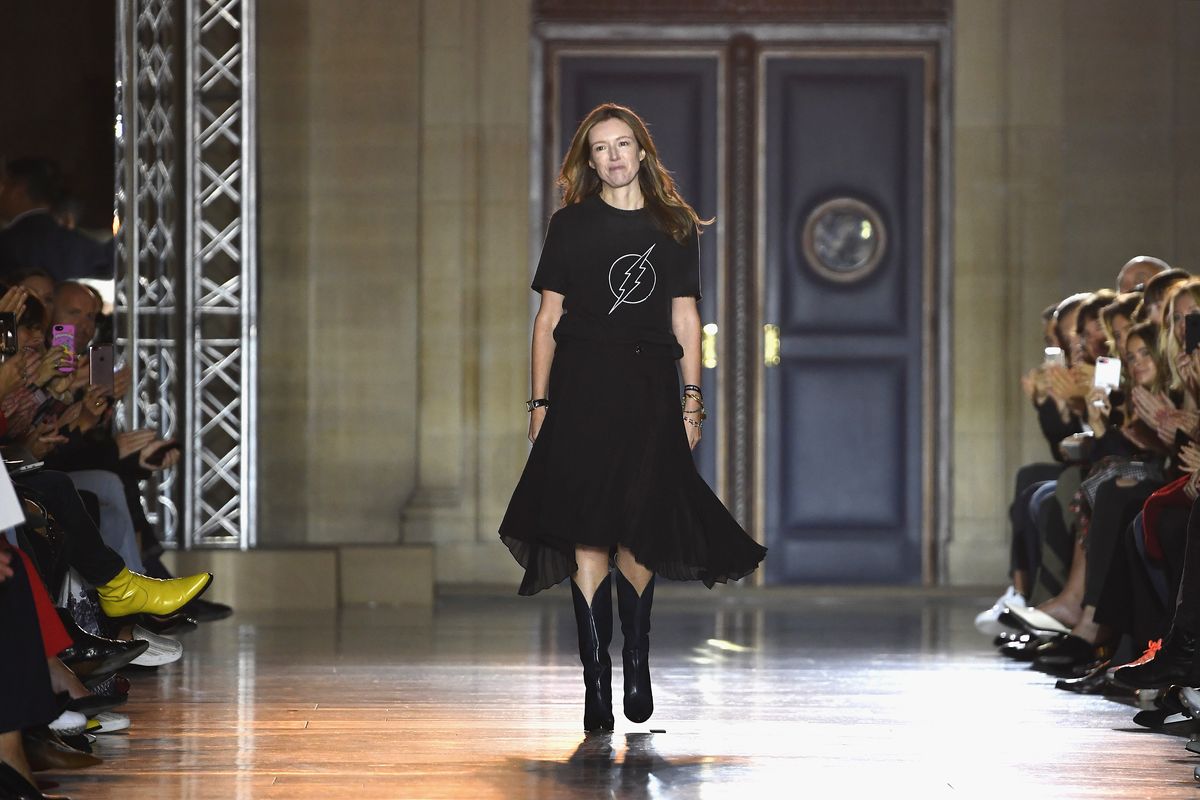 Clare Waight Keller had very large shoes to fill today for her first show as creative director of Givenchy. During his tenure, Riccardo Tisci transformed the historic brand into the dream standard for streetwear, incorporating daring and original motifs — hound dogs, star collars, Bambi, neo-gothicism— without ever losing the posh brand's great tailoring and materials. Given that Keller previously served as creative director of Chloe, known for their flirty French cool girl attire, things were bound to change once again at the House Givenchy with her arrival.

If Keller was nervous about her debut collection, there seemed to be no signs of it. Her decision to hold it at the Palace of Justice in Paris gives off a strong whiff of self-assuredness. And strong-armed with an impressive front row including Cate Blanchett, Julianne Moore, Fergie, and the sisters HAIM, all previewing looks from the collection, Givenchy had immense support as it turned a new leaf. Keller's vision of Givenchy is much more streamlined, ridden of Tisci's fantastical elements and taking a more sleek and shiny approach. The looser fits and oversized structures that often marked Tisci's pieces were (mostly) long gone, with cinched waists and properly tailored fits taking over from the first look.

Each piece in the Spring collection had some sort of rock-n-roll touch, whether it be in the form of sleeveless suits, color-blocked leather, or Michael-inspired tight military trenches. Mesh was done in an elegant manner, sleeves were shed completely at times, and the Western trend made a subtle appearance via cowboy boots that were just subtle enough to be unnoticeable to country naysayers.

Not all relics of the past were washed away completely: Keller kept today's logo-mania, partially spawned by Tisci, in mind by implementing them subtly on tees and sweatshirts, while the flirty flair that she implemented at Chloe is present in the form of metallic lip prints, especially on men's pieces (how rock-n-roll). But overall, Keller stuck true to her vision, bringing a Givenchy that is much more rooted in old-school glam and conventionally edgy pieces. Fellow fanatics of Tisci's Givenchy revolution may need to readjust, but Keller's exciting potential makes her one to watch even further.

See every look from Keller's debut Givenchy show below.