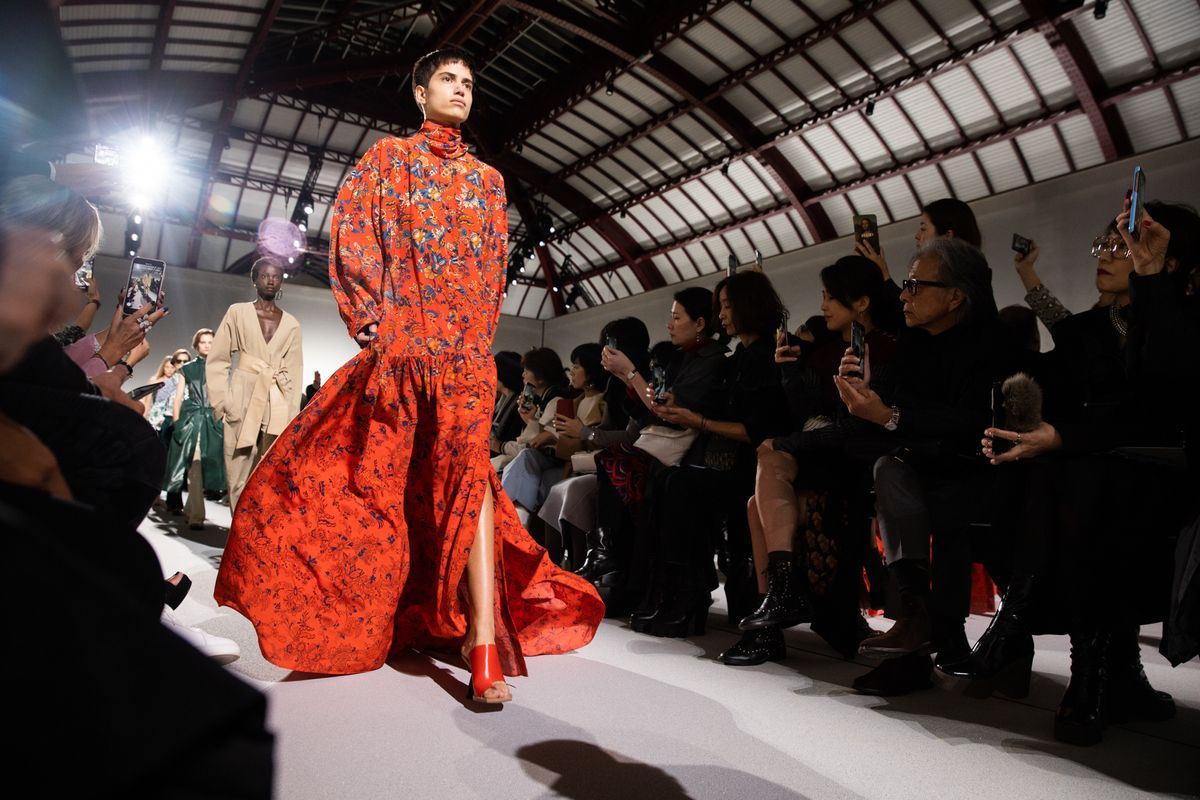 Givenchy's Spring 2020 show was all about the contrasts between New York fashion in the early '90s and how women dressed in Paris around the same period. The collection was titled "NY Paris 1993," and it centered on Creative Director Clare Waight Keller's time in NYC, when she took a design job at Calvin Klein. It was a time of minimalism and sportswear, which differed heavily from the glamour of Parisian fashion, which was still reeling from the excess of '80s style. For this show, the concept manifested itself in the contrast between soft, feminine flourishes and the sharp leathers and ripped jeans show throughout. Here's everything you need to know about the collection.

Once again, leather is a big hit for spring, and Givenchy showcased it in slick trench coats, sleeveless tops and pencil skirts with high slits.

New York in the '90s was all about lean, minimal, and understated tailoring, which Waight Keller interpreted here with clean lines and soft shoulders.

Some of the more French elements of the show were the fluid dresses the covered up the body in an effortless fashion.

Floral appliqués were embroidered and added to floor-length dresses to create a three dimensional effect.

Even though other luxury French houses are playing with denim this season, Waight Keller incorporated it in different ways including coats with two different washes and jeans with giant '90s-ripped holes in them.