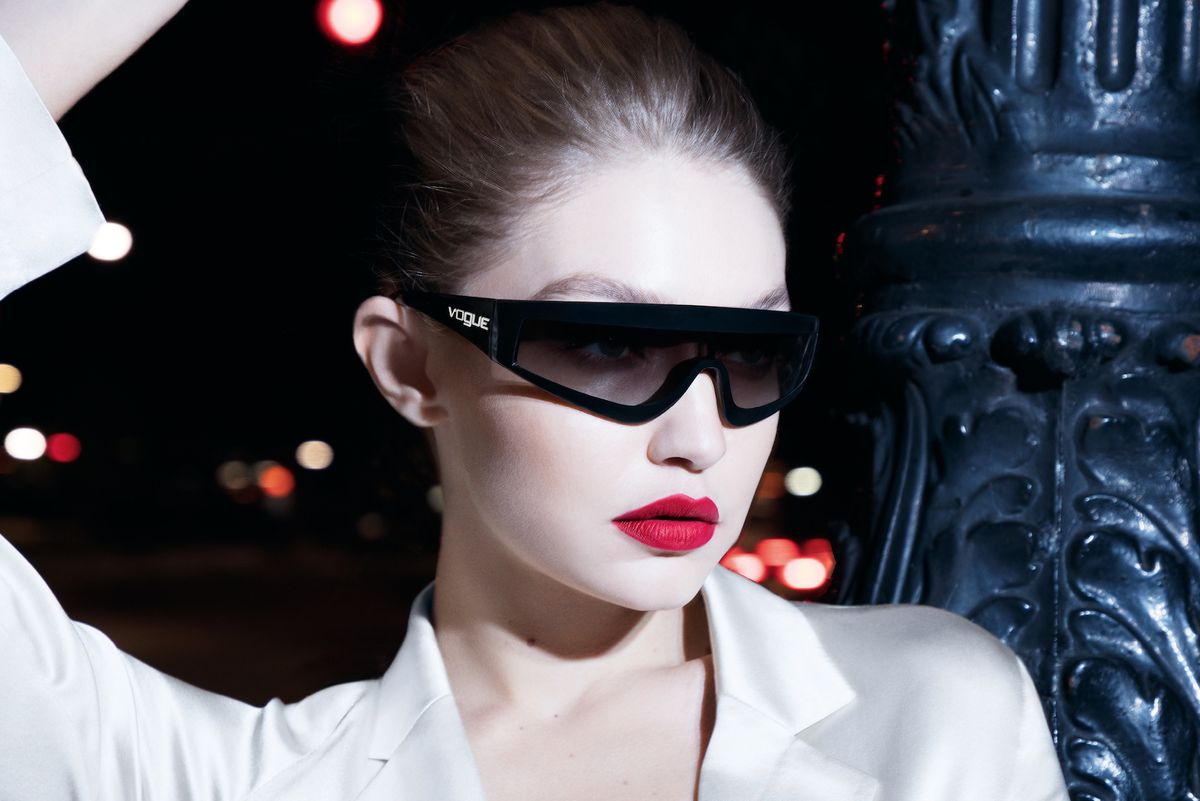 Gigi Hadid Has More Than 500 Sunglasses

It shouldn't come as a surprise that Gigi Hadid has ventured into sunglass design. The superstar model, who has her third collection with Vogue Eyewear out this spring, grew up in sunny Los Angeles, the de facto sunglass capital of the nation, and has a personal sunglasses collection that numbers over 500 pairs.

Moreover, eyewear really became an important part of Hadid's life when she skyrocketed to stardom and found crowds of paparazzi waiting outside her apartment. She explains, "When the world around me started to get really crazy and I would wake up every day and there were 50 cameras outside my house, my glasses were like my shield. They make me feel more confident and feel like I can go out and face the world even when I don't want to put makeup on."

Hadid brought this protective armor-like feeling to her line, favoring shield-style frames and tinted lenses, and several models in the collection (Soho, Lafayette and 23rd St) were named after favorite neighborhoods in New York City, where she lives. "There is an emotional connection for me with glasses, too, which is interesting," she says. "When I put on glasses in the morning, I feel as though that can bring something out in me that makes me feel more confident about going through the day. I think everyone needs that sometimes."

There's also a practical aspect to Hadid's love of the accessory. "I make a joke that because I try on clothes all day I don't want to shop for clothes because I don't want to try them on," she says. But, on the other hand, she adds, "Glasses are easy for me, and they're something I'm passionate about."