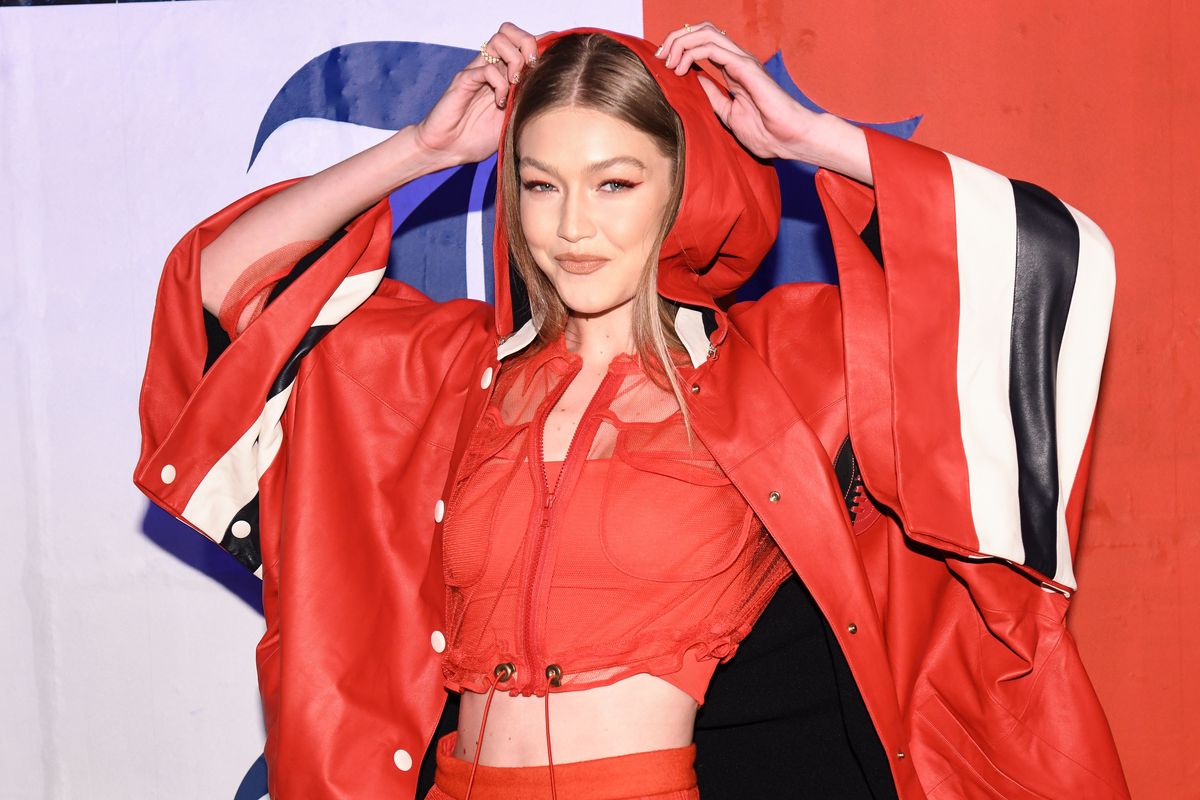 Supermodel Gigi Hadid has officially tried her hand at sneakercraft. She took to Instagram today to announce her new collaboration with Rebook, teasing a close-up of a classic '90s silhouetted black sneaker, complemented with bright orange accents and the prominent stamp: "Gigi Hadid x Reebok."

She originally only offered a sneakily obscured close-up, but fan account @slaygihadid has since shots of her wearing her new kicks, along with a cropped sports tee at a launch event.

Gigi Hadid 🥊 (fan) on Instagram: “Gigi at the launch of #REEBOKXGIGI in Tokyo, Nov 14th 🧡🖤 Shoes and Top will be out on the 7th of December and the whole collection in…”

Hadid shared in a tweet that the collection is called "Future Nostalgia," and explained that going "through the archives" inspired her to bring "back classic ('80s & '90s) Rebook pieces for our generation" with "new color-ways / updated... shapes."

This isn't Hadid's first collaboration with Rebook: she's been a partner of the brand since she starred as the face of their #PerfectNever sportswear campaign in 2016. The model also previously designed a shoe collection for Stuart Weitzman.

Line up hypebeasts, the full collection drops in January.