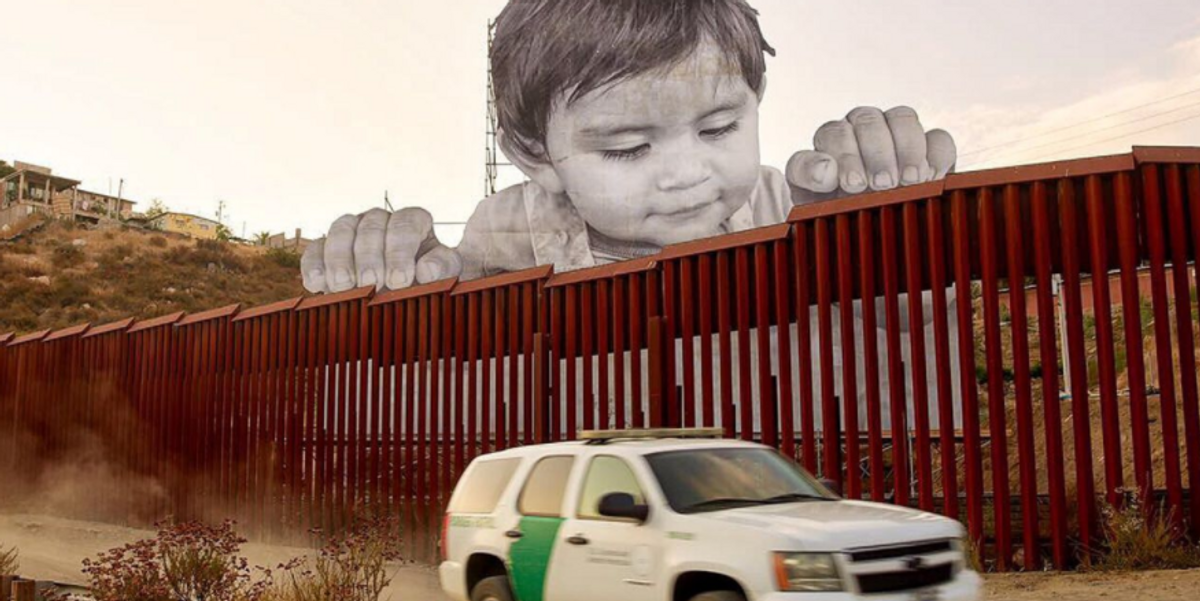 A 65-foot-mural of a baby has been put up over the U.S. Mexico border, so that the young child is looking down over the wall into the United States. The cut-out's placement is on the border near Tecate, Mexico, and depicts a one-year-old who lives in the town.

French artist "JR" created and put up the work, which will stay up for a month as the debate over immigration rages on in America. "As an artist, I try to bring back perspective," JR told the New York Times. "For this little kid, there are no walls and borders."

He added, "The artwork comes at a time when dialogue surrounding immigration is fierce: Trump intends to pull the Deferred Action for Childhood Arrivals Program, and his administration has accepted more proposals for building the 2,000 mile-long border wall."

JR told the Guardian, "Now as an artist I think that it's amazing that the piece arrived at a moment when it creates more dialogue. Because the idea itself is to raise more questions."

The artist has also created large scale projects in buildings in Rio de Janeiro and poor neighborhoods in Paris, as well as giant photobooths in Israel and Palestine.