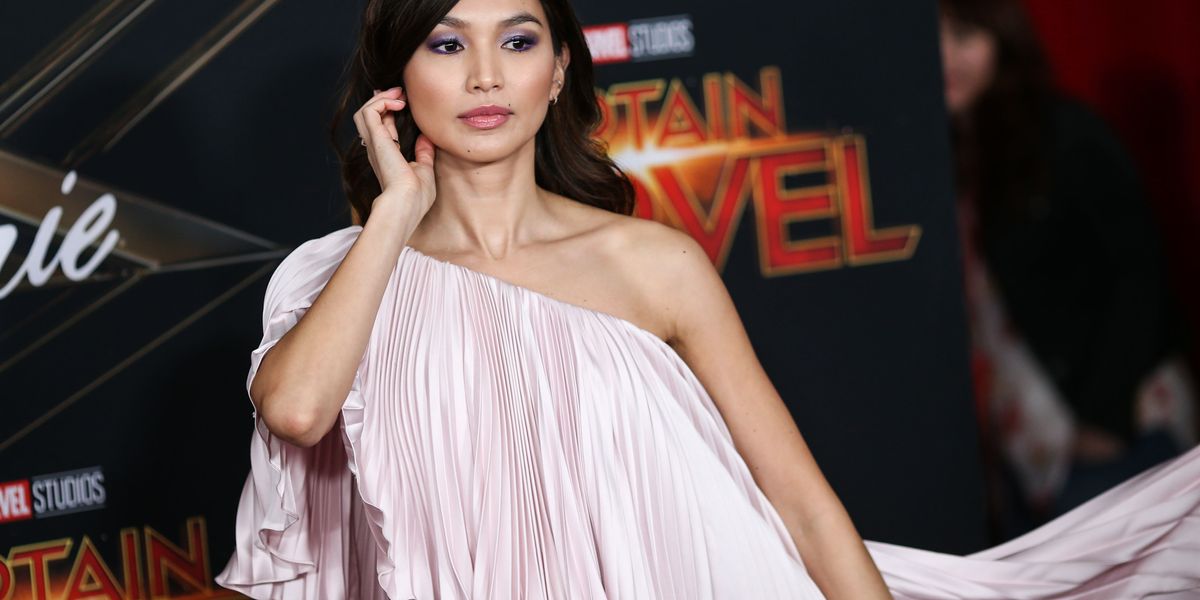 In case you hadn't heard, Gemma Chan — actor, model, and verifiable goddess — has a bunch of juicy roles lined up, including a major supporting role in the highlyanticipated Mary Queen of Scots movie. Unfortunately, she's also had to defend herself against internet trolls arguing that her casting is "historically inaccurate." That said, Chan had the perfect response for all the naysayers.

But what exactly is the problem in the first place? Well, in the film, Chan plays Bess of Hardwick, a countess who was a lady-in-waiting to England's Queen Elizabeth I. However, given the fact that Chan is of Asian descent, some commenters online were quick to criticize the casting of a non-white Bess, as it would be "pushing the limits of my suspension of disbelief," per one Twitter user.

Chan's response? "Why are actors of color, who have fewer opportunities anyway, only allowed to play their own race? And sometimes they're not even allowed to play their own race," she told Allure in her April cover story. "In the past, the role would be given to a white actor who would tape up their eyes and do the role in yellowface. John Wayne played Genghis Khan. If John Wayne can play Genghis Khan, I can play Bess of Hardwick."

Chan then went on to hammer home to the antiquated hypocrisy of this sort of criticism by citing the way Lin-Manuel Miranda's hit musical, Hamilton, "opened minds a lot."

Asian representation in Hollywood has been severely lacking for decades. But @gemma_chan is committed (and poised) to change that. She is fully Chinese by heritage, but Chan describes her racial identity as compound. "I feel British, and European, and English, and Chinese, and Asian.” Link in bio for how Chan’s newfound prominence gives her a platform — and how she’s embracing it. — #photography @paolakudacki #stylist @kaisergrams #makeup @jameskaliardos #hair @kevinryanhair #nails @caseynails #story @jess_chia

"We have a black man playing George Washington. They describe it as 'America then, told by America now,'" Chan concluded. "And I think our art should reflect life now."

Honestly, we couldn't have said it better ourselves. Read her cover story in full via Allure.