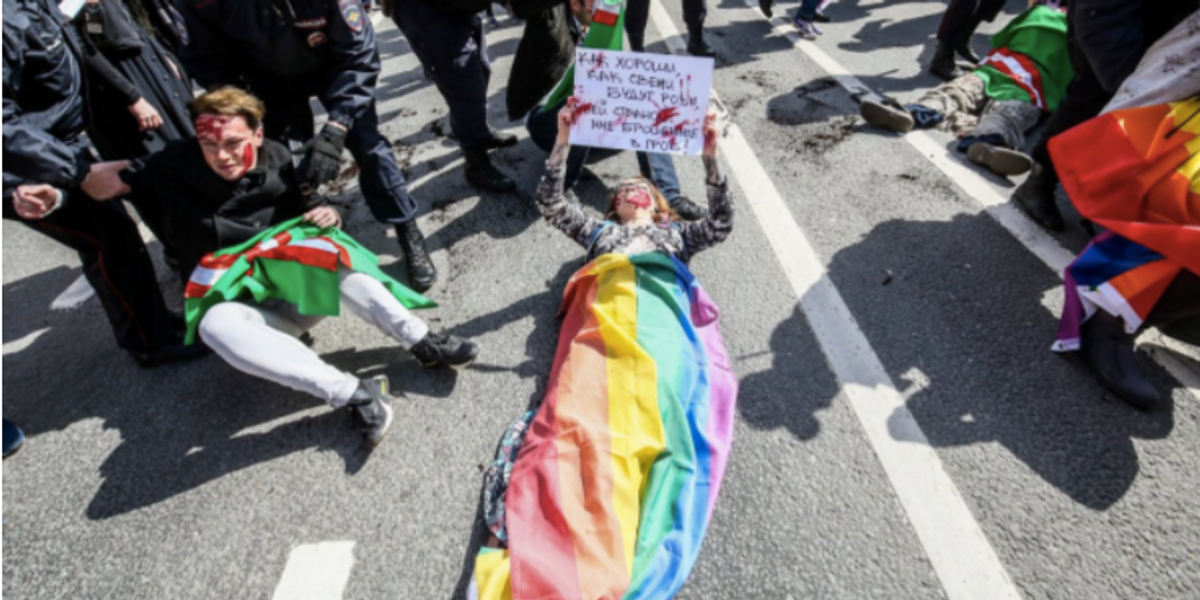 As has been reported, gay men in Chechnya have been being systematically kidnapped, tortured, and murdered this year. The Chechen government, along with Russia, have denied that this has been happening, claiming that Chechnya hasn't been harming gay people because they are no gay people in Chechnya. As a result, people all over Russia are hiding in fear for their lives, and many are trying to flee the country outright. Finding asylum is unfortunately increasingly difficult in these times, and it has now been reported that the US has already denied visas to 40 Chechens seeking safety.

US State Department officials will neither confirm nor deny this, but Sveltlana Zakharova, a spokesperson for the Russian LGBT Network, confirmed the news to Buzzfeed. Activists protesting the situation have also been detained, and the journalist who originally broke the story has gone into hiding.

Officials in both the US and the UK (and celebrities like Andy Cohen) have openly condemned the abuse and called on Russia to investigate.

"The United States continues to be concerned about the situation in the Republic of Chechnya, where credible reports indicate at least 100 men have been detained on the basis of their sexual orientation," the State Department official told the Independent. "Credible reports further indicate that some of those men have been tortured and even killed. The United States categorically condemns the persecution of individuals based on their sexual orientation or any other basis."

Under mounting public pressure, Vladimir Putin agreed to an investigation, but Ha'aretz reported last week that the investigation has already found that "there are no victims of persecution, threats or violence" and is likely already considered over.

Chechnya's leader, Ramzan Kadyrov, chillingly maintains that Chechnya "does not have this phenomenon called non-traditional sexual orientation" while also calling for a "gay purge."