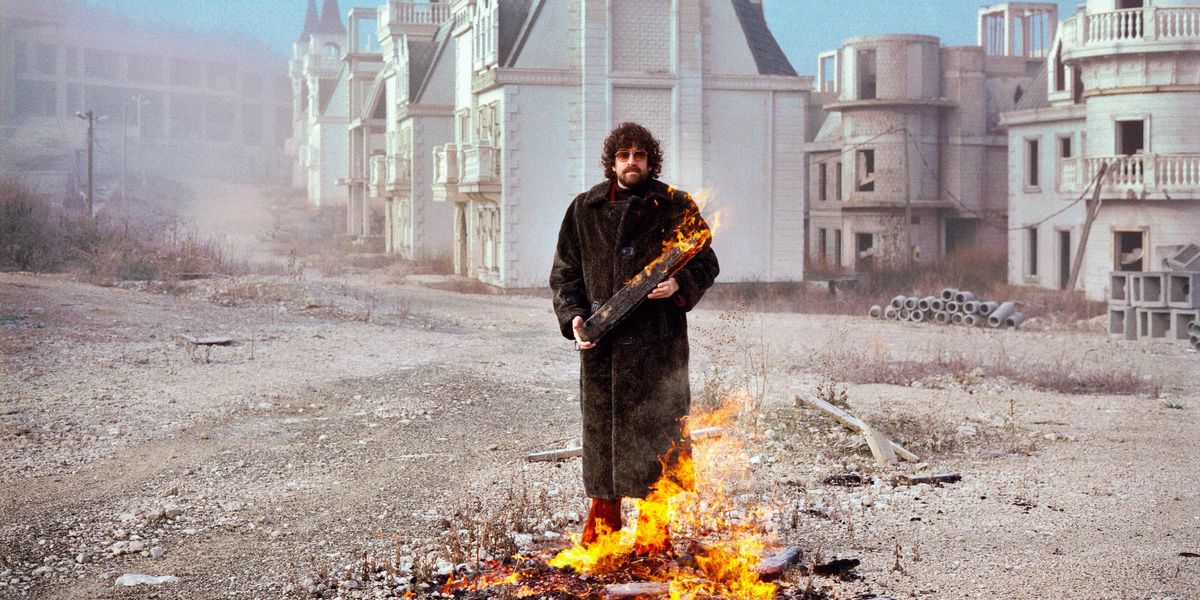 One half of the genre-defining electronic duo Justice, French producer Gaspard Augé is gearing up to make his solo debut with his forthcoming album, Escapades.

After having announced the project just a few short weeks ago with the fanfare-laden electro rock single "Force Majeure," Augé is back with yet another taste of the upcoming full-length in the form of "Hey!" Leaning full on into disco territory with just a touch of rhinestoned cowboy thrown in, "Hey!" is cinematic and intentionally over-the-top with strings and choirs racing atop a thrumming bassline steadily punctuated by shouts of the track's namesake.

The song feels like a cross between ABBA's classic "Gimme! Gimme! Gimme! (A Man After Midnight)" and one of the more uptempo cuts off Todd Terje's 2014 record, It's Album Time.

"Hey!" also arrives alongside a short (emphasis on short) film directed by Filip Nilsson that showcases some sick trick riding as a person on horseback crosses the Turkish countryside and picks up a violin before joining in on the song with ut missing a beat. "This is the first thing that came to my mind while recording the track," Augé says. "A mongolian horse rider playing the violin in the steppe, an epic ride with a far east feel. Filip Nilsson and the amazing rider Metin Yılmaz made that dream come true."

For fans of Justice's more melodic, French Touch leaning side, Augé's solo effort is sure to deliver and delight. Inspired by pagan rituals, spaghetti westerns, prog revival, psychedelic folk, Italian horror film soundtracks and more, Escapades sees Augé exploring the fullest extent of his own maximalist tendencies and indulging in his flair for the cinematic with a touch of absurdist French humor for good measure.

"I've always been obsessed with making larger than life music," Augé says of his philosophy behind the album. "Mostly because it's more fun."

Watch the Filip Nilsson-directed visual for "Hey!" and listen to the full track off Gaspard Augé's debut album, Escapades, out June 25th via Genesis, Ed Banger Records and Because Music.