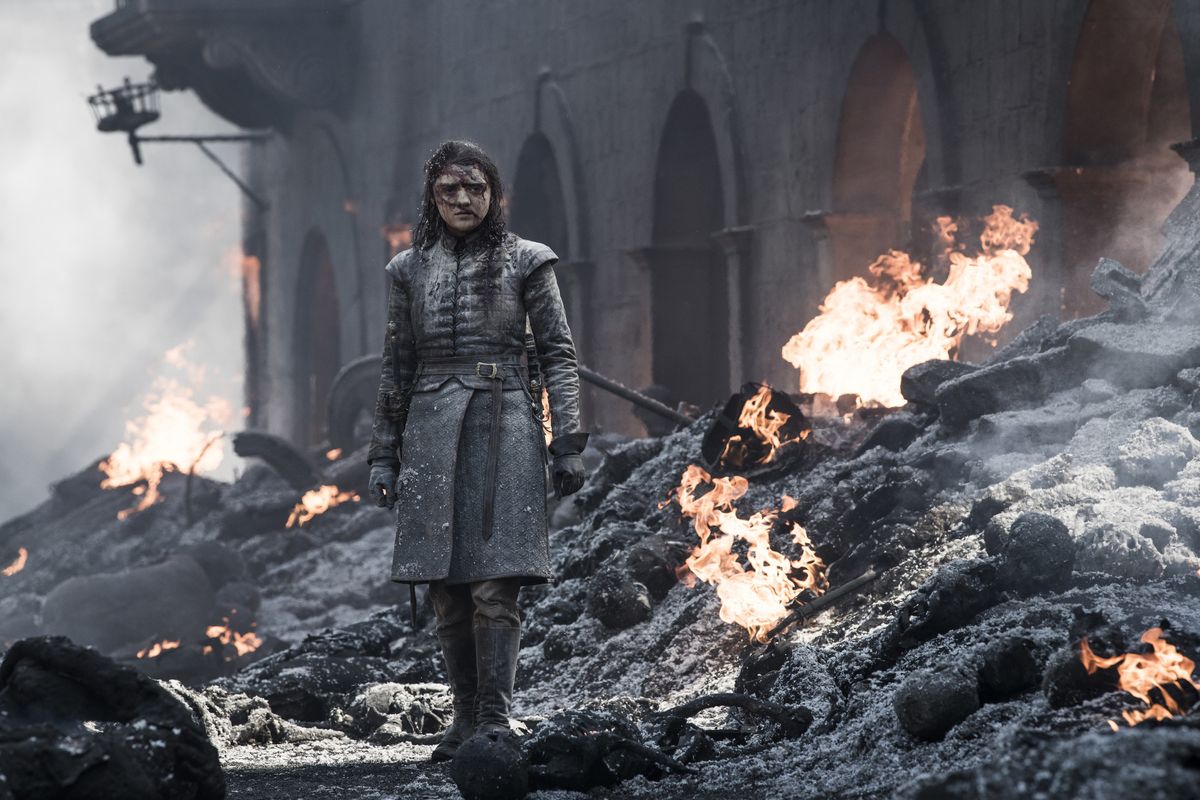 We're Not Getting an Arya Stark Spinoff

After a final Game of Thrones season filled with fire, ice, and fan protests, HBO has shot down hopes of a potential spinoff starring fan favorite Arya Stark, played by Maisie Williams.

The eight season series based on the books of George R.R. Martin had its final curtain call this past weekend, leaving many fans ready to burn down King's Landing, and HBO's headquarters, with rage and unanswered questions. The highly anticipated final episodes took viewers on a final journey to see who would sit on the Iron Throne — there were complex plot lines, intense battle sequences, and plenty of gasp worthy moments, but an underwhelming finale left some fans disappointed. Perhaps the biggest cause of upset was the uncertain future of central characters like Jon Snow and Arya Stark, the latter quite literally sailing off to an unknown destiny. A show of her own, perhaps?

Some fans took to Twitter to express caution around a potential spinoff after such a controversial season, while others expressed hopes of more GOT content and a potential Arya West of Westeros series. But in an interview with The Hollywood Reporter, HBO programming president Casey Bloys was quick to shut down rumors with a resounding "Nope, nope, nope. No." Bloys did state that although the series is over, (sheds quick tear), there is a possibility of more GOT content in the future, saying, "I'm not ruling it in, and I'm not ruling it out!"

Until then, GOT fans throughout the land have no choice but to bend the knee to HBO and wait patiently.