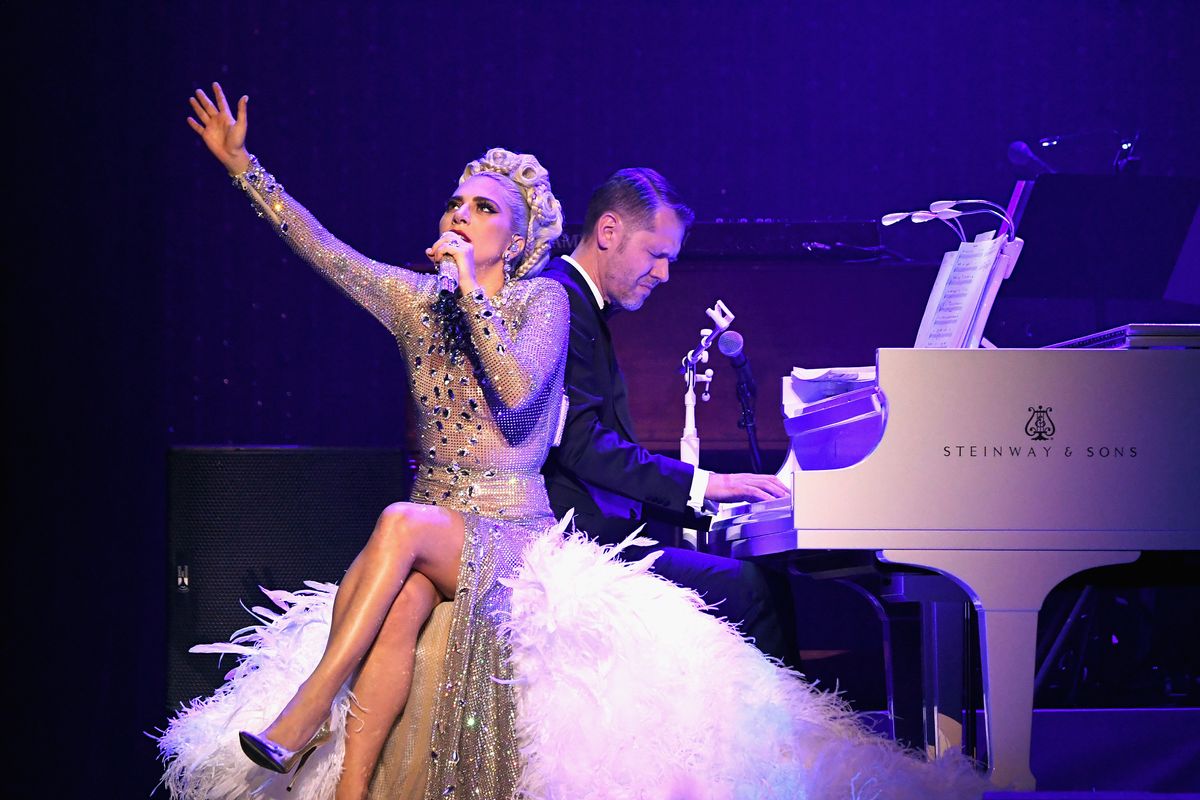 Did you know that 2000s rap rock icon Fred Durst hosts regular live jazz nights in Los Angeles? It's true. "I'm a big fan of jazz," he told LA Weekly in 2017. "I have been for a long time. It's not necessarily something that people who know me from Limp Bizkit know about me personally. It's one of the things I'm really fond of, so I travel around to different spots to hear different players. Some word-of-mouth stuff. Sometimes some older cats."

It is an under reported fact that Gaga's Las Vegas residency includes not only her epic ENIGMA performance but also an only slightly more understated piano jazz show. Something more akin to her Tony Bennett Cheek to Cheek era. Backed by a full band, she pulled two classics from that Vegas set on Thursday night: "Fly Me to the Moon" and "Call Me Irresponsible."

Fan footage has finally hit the internet, thank God. Watch Gaga smash out the Sinatra, below.