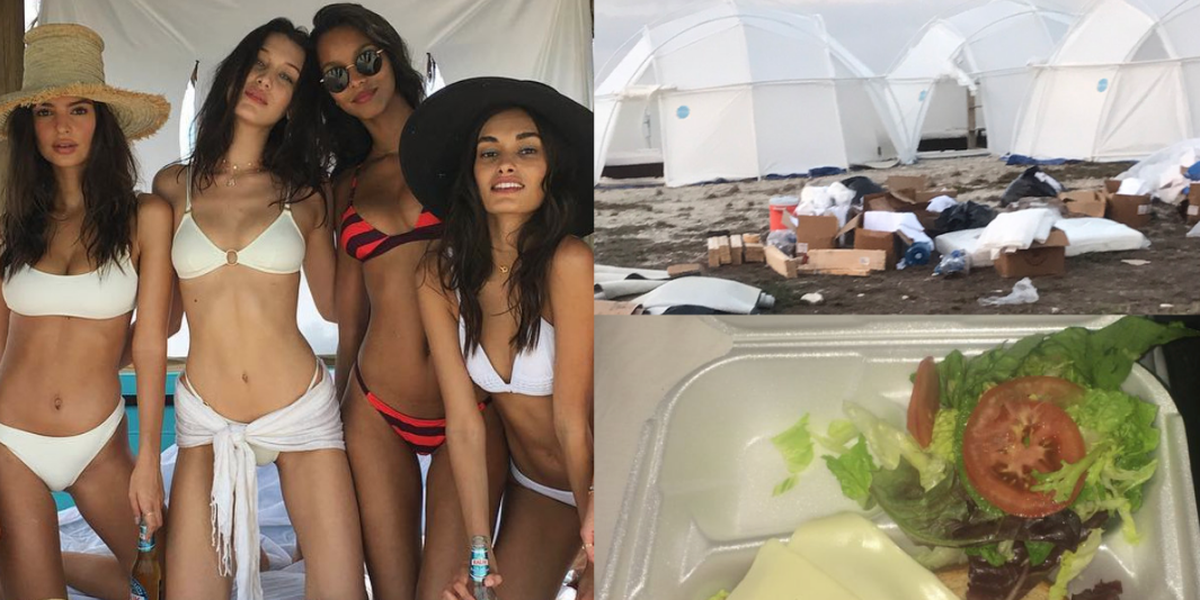 Fyre Festival's Organizer Is Going Down

It will go down in history as one of the most amazing and bizarre moments in pop culture, but news of Fyre Festival and its misguided founder, Billy McFarland, is not over yet.

Almost one year ago, McFarland teamed up with Ja Rule to create a "luxury" festival in the Bahamas, promoted by supermodels like Kendall Jenner, Emily Ratajkowski and Bella Hadid (something they blew most of their budget on), that promised acts like Migos, Skepta, Kaytranada, Blink182 and many more.

However, guests arrived to no performers at all, very little food, broken down toilets, and tent sites resembling the apocalypse, all of which provided meme fodder to mock the world's most privileged for months following.

McFarland has since plead guilty to fraud, apologizing to "his team, family and supporters" in court. But that's not all: prosecutors have suggested an 8-10 year sentence given the fact McFarland forged documents to enlist investors, and presented false information about the business' finances to ticket vendors.

Some fans spent up to $12,000 on tickets for the two-day festival, and added money to wristbands that organizers encouraged attendees to use to pay for goods on the islands — something that has been revealed as a cash injection-scheme cooked up by McFarland.

As of right now, McFarland is on bail and will be sentenced in June. Take a trip down memory lane, below.