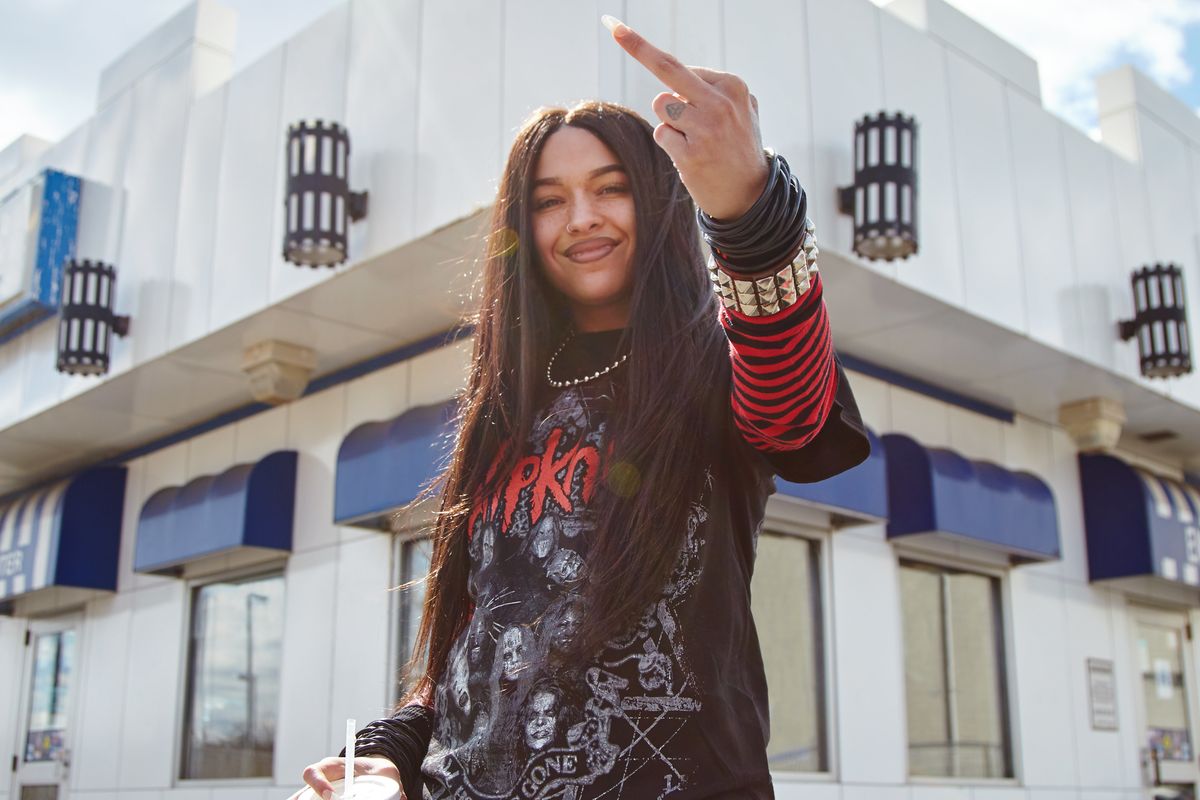 New Music Friday always promises a plethora of that good-good new-new from some of your favorite artists, maybe some long-awaited, maybe some tired, through, and delayed, and maybe some songs by a treasure trove of #whos you've never heard of before. We know. It's overwhelming! Thank the heavens PAPER is here help sift through the goodness, the garbage, and the noise, and bring you the best every Friday. We gotchu, sis.

And speaking of SIS, this week's roundup notably features all female artists. Ladies first? Always. Don't mind if we do. Now, let's bop to it!

Yes. If you aren't familiar yet, Erika Jayne, of Real Housewives of Beverly Hills fame, is a singer in her down time. (So many of them are, bless). But we are often gagged when what we hear is actually worth more than one spin. "Cars" is one of those songs — a shamelessly vapid exercise in materiality that works well as just a standard-bearing club-pop bop. "Cars" proves that all you need is a couple earworms for chorus, a hooky synth line or two, and boom, you've got a handful of confectioners sugar to eat, snort, stare at in its raw form, or whatever it is you freaks do with sugary pop in your spare time.

"Talia" is the latest effort from New York wunderkind/Mark Ronson-discovered King Princess and yet another apt demonstration of her talent as a singer-songwriter. There's an inherent sense of sweeping romance and melancholy in her songs that renders them captivating, perhaps because she uses a queer perspective to tell her stories (see "1950" — a heartbreakingly catchy tale of unrequited love)."Talia" is no exception: its lyrics envision its narrator hoping they wake up next to the person of their dreams after one too many drinks. Bolstered by slow-burning production, it's a certified jam that allows its narrator to breathe in the imaginary and breathe out the love.

"Miracle" is the latest promotional single from CHVRCHES' upcoming Love Is Dead release. So far, "Never Say Die," "Get Out," and "My Enemy," featuring The National's Matt Berninger, have unveiled a decidedly glitzier pop sound that doesn't forsake what the Scottish outfit has become revered for: the band's dense electronic arrangements and lead singer Lauren Mayberry's penchant for tuneful melodies and dark, honest, and introspective lyrics. And that, judging by "Miracle" is just that: It's a plea for honesty and vulnerability. "Tell me no secrets, and I'll tell you no lies," Mayberry croons, but it up front in the mix, sounds almost like a growl, a demand. Love as CHVRCHES understands it may be dead, but the truth about it is very much alive.

Norwegian pop upstart Sigrid dropped a new EP this week, entitled Raw, and we have featured her on previous Bops Only roundups, but here she is again, forcing us to bop along to the beat of her drum. It's not hard though, she crafts impeccable, irresistible pop. "High Five" is a standout on the three-track EP and possibly my personal favorite. Its lyrics explore critics, people who avoid criticism and the way they tend to push people away by demanding everyone congratulates them. It sounds like a case against music-industry sexism, to me, but I'm possibly projecting. "Don't you get tired of looking for high-fives?" Sigrid asks quizzically in the song's bridge. 'You wonder why no one's by your side." I do know that we'll be with Sigrid for whatever comes next.

Since last year's breakthrough release of 1992 Deluxe, Princess Nokia has built quite the following as an outspoken, mystical iconoclast, who deftly and effortlessly glides from genre to genre. She's a little bit rock and roll, a little bit singer-songwriter, always with the spirit and soul of hip-hop anarchy. And so today's release of A Girl Cried Red gives us more of what made us fall for Nokia in the first place. "For The Night" leans more on the hip-hop edge of her music, with glitchy trap-inspired production, and intentionally distorted vocals that fits right in with Charli XCX's Pop 2 era. It's the most instantly iconic of the eight-song set, but stream the rest and discover what affirms your existence.

Empress Of, in case you didn't know, is a force. The outspoken Latin-American singer-songwriter from Brooklyn via LA made waves a couple years ago with collaborations with Dev Hynes, yes, but more important, on her debut Me and one-offs like "Woman Is A Word," which are modern feminist manifestos addressing capitalism, shitty men, and self-empowerment in flurries of beautiful vocal tics and utterly poetic lyrics. "Trust Me Baby / In Dreams" are a pair of singles from the artist born Lorely Rodriguez that prominently feature bilingual lyrics and dreamy Spanish musical flourishes. "In Dreams," especially grabs me. "I never know how to tell you no," she admits in a soaring vocal performance before the song's final chorus. That's fine, but we're saying yes, yasss, and hell yeah to every second of Empress Of's output.

It's very Nico circa Velvet Underground, which is never not ultrachic and classic and relevant. Listening to Daphne Guinness, the fashion artist, heiress, icon, and musician sometimes feels like I'm walking through a retrospective of her best work in the MoMA in New York and in San Francisco. Could your fave ever? "Riot," from Daphne & The Golden Chord, out next Friday, April 20, is full of roaring guitars, swagger, and Daphne's husky vocals — and it all works to prove that this legend is nowhere near done.

JONES adds a hefty dose of soul to this week's roundup. The production of "Tender" is full of delicious, featherlight flourishes that also give the listener plenty to chew on. Horns and piano add strains of bittersweet melancholy to a song essentially about reaching a point of calm acceptance within oneself in light of relationship breakdowns — to the outside world, and to yourself. When she sings, "I love you forever," in the song's sticky-sweet, heartfelt chorus, it feels like a promise to herself of who to prioritize in this precious life.

Belgian singer and artist Sylvie Kreusch, who once made an album called We Fucked a Flame Into Being, is back with a sumptuous new single that blends snake-charmer melodies with a handful of other vocal and musical idiosyncrasies. Forgive me if I sound a little too esoteric here, but "Seedy Tricks," while sensual in essence almost sounds in spirit like a deeply rhythmic homage to goddesses in the great beyond. Put this on when you're channeling your best, highest self, or daring yourself to dance with the devil. You know — only if you're into that kind of thing.

Joyride is out today, Tinashe fans. "Stuck With Me" is a highlight — the Little Dragon-featuring tune features a lot of the bedroom R&B chill that made Tinashe famous, and is supplicated with hefty doses of the quiet storm chill Little Dragon is well known for. The lyrics are self-explanatory, but this song is all atmosphere, but blending the best-of-both-worlds qualities of both artists to Top 40 perfection. Et voila, we have ourselves a hit!