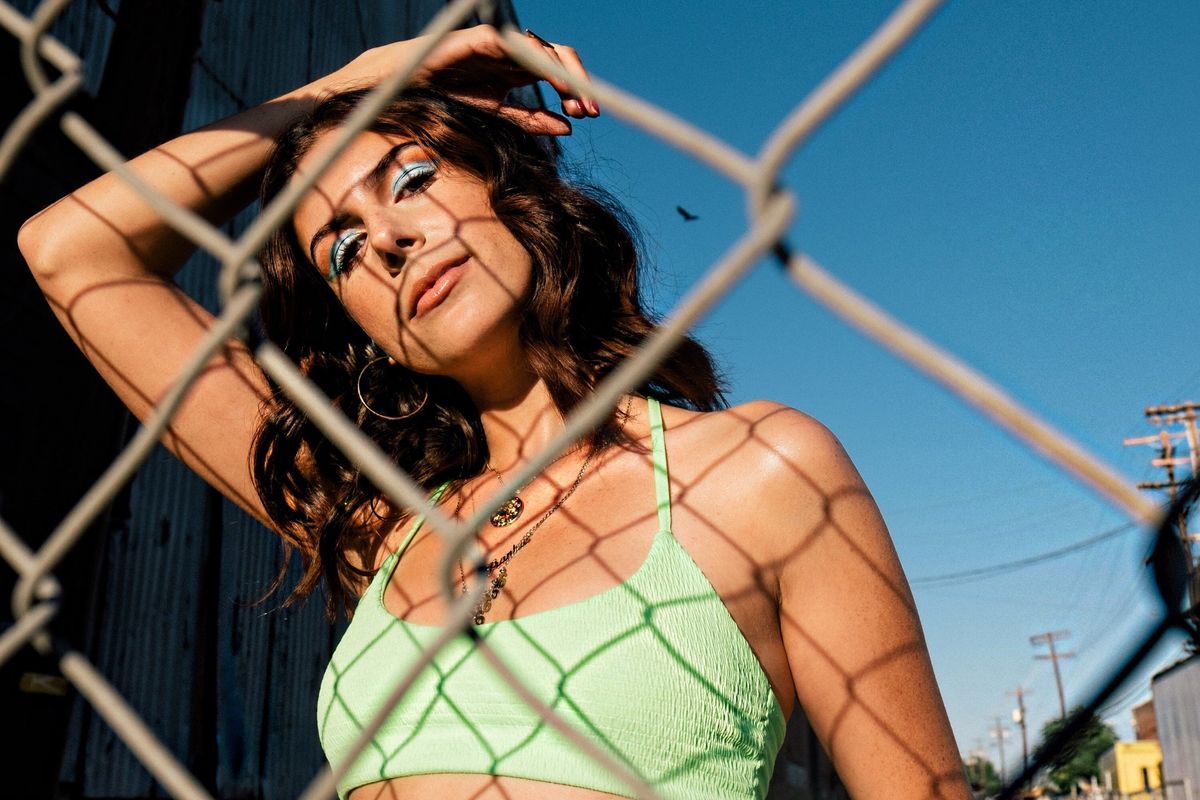 FRANKIE knows all too well the risk involved with making it in the music industry. The California pop singer-songwriter's debut was her 2015 EP, Dreamstate, released on RCA Records. This year's STA7GES EP marked her first independent body of work.

In a musician's creative journey from major-label to doing it all yourself, feelings of self-doubt can emerge. FRANKIE channels these feelings into her new video for "Underdog," premiering today on PAPER, though the song was initially written in 2017.

"I was feeling like an underdog in the music industry and struggling to get a win," she says. "The song was almost released and then shelved like a lot of things were then."

When FRANKIE unearthed the shelved track, she updated its lyrics to more accurately reflect where she currently is. The song's buoyant electronic beats and infectious hook ("Yeah I’m the underdog/ But you're overrated") is followed by a jubilant "woo!" Stay for the song's key change, and you'll discover it's impossible not to root for FRANKIE, who sings with conviction and confidence.

Visually, FRANKIE is shown escaping from the trunk of a car driven by a man with plans to harm her. Along the way, she dodges landmines, and by the end, she regains control of the car that once held her captive. It's a way of representing her overcoming obstacles in the music industry. Director Jeremy Cloe says he wanted the video to capture FRANKIE's specific experiences in a universal way.

"Progress isn't always linear and sometimes it feels like two steps forward and one step back, but the true fighter's spirit pushes on regardless, and in the end their struggle will make their success all the more rewarding," Cloe says. "That was the impetus for the video and we just shook that up in a fun, crazy way."

More than anything, FRANKIE wants to leave people watching and listening to "Underdog" with this: "Believe in yourself and believe you can win."