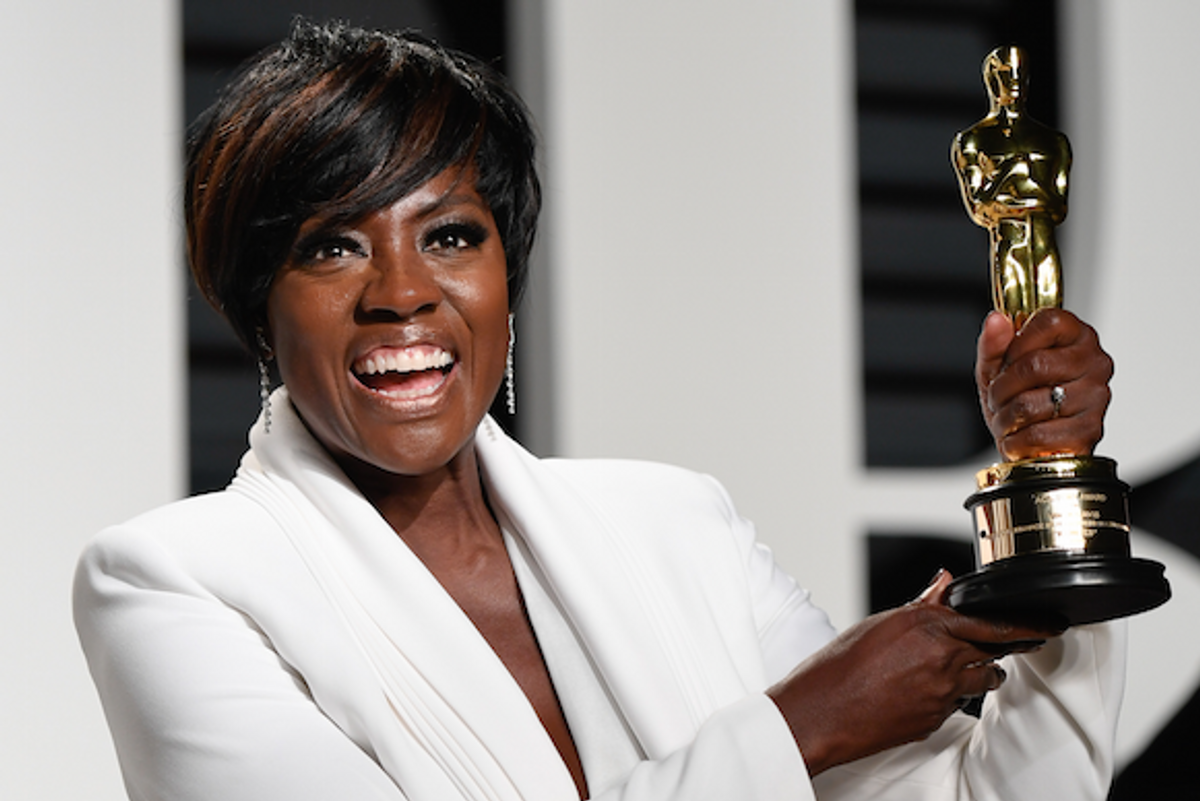 Frank Ocean Couldn't be Prouder of Viola Davis – the First Black Person to Win a Golden Globe, Tony and Oscar for Acting

Viola Davis, a beautiful and immensely talented human being sent directly to us from the heavens, has become the first black actor to win all three of the entertainment industry's most prestigious awards for the craft.

After her extremely gratifying victory, Davis delivered an emotional acceptance speech during which she spoke of why she pursued acting.

"People ask me all the time, what kind of stories do you want to tell, Viola? And I say, exhume those bodies, exhume those stories, the stories of the people who dreamed."

"I became an artist, and thank god I did, because we are the only profession that celebrates what it means to live a life," she continued. "So here's to August Wilson, who exhumed and exalted the ordinary people."

Like many of us, Frank Ocean felt compelled to respond to Davis' victory. He took to Tumblr shortly after she was announced Best Supporting Actress writing simply "Yesss Viola.

Later backstage, Viola was asked by reporters what she loves about being a black woman, to which she replied, "everything", delivering a very important message about race and self-acceptance.

"I love my history. I love the fact I can go back and look at so many different stories of women that have gone before me who seemingly should not have survived, and they did. And I love my skin. I love my voice. I love my history. Sometimes I don't love being the spokesperson all the time, but so be it. That's the way that goes, right? But at 51, I — I'm — I'm sort of loving me."

This win puts Viola one Grammy away from the coveted EGOT – a club that only has 22 members. Whoopi Goldberg was the first black person to achieve an EGOT, although the fact Goldberg won her Tony for producing puts David ahead of her in the acting category.

Also, it's important to note Davis looked like a freaking dream all night, with a special shout out to the all-white pantsuit/creeper ensemble she adorned for Vanity Fair's annual after party. Praise be.