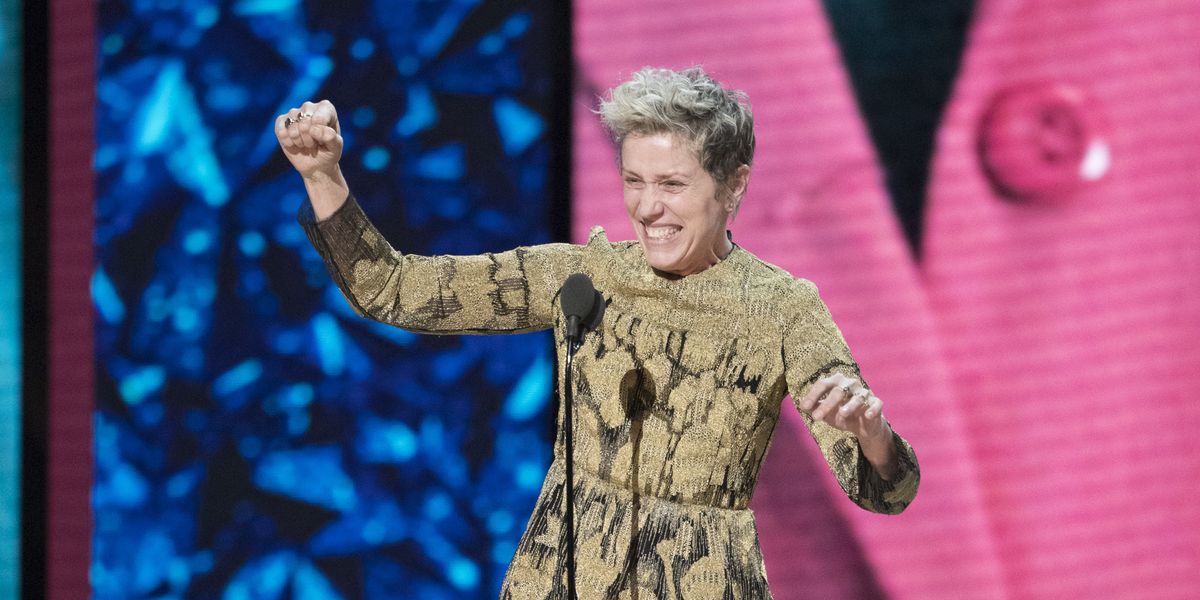 What Is an Inclusion Rider?

Frances McDormand took home a well-deserved Oscar last night for her performance in Three Billboards Outside Ebbing, Missouri, and took her time on stage to campaign for industry-wide inclusion.

In particular, she introduced Hollywood and beyond to the term "Inclusion Rider" in her rousing speech, while asking all the women nominated for an Academy Award to stand up.

The most striking thing, here in the room, about watching the female nominees stand? There were so few of them.
— jodikantor (@jodikantor)1520224725.0

She later explained to press backstage that "inclusion rider" is a term you can use in your contract to stipulate there must be diversity in the cast and crew. "To everyone that does a negotiation on a film, an inclusion rider means that you can ask for and/or demand at least 50 percent diversity, not only in casting, but also the crew," she explained. "The fact that I've just learned that... we're not going back."

"Inclusion rider" was first suggested in a 2016 TED talk by Stacy Smith, founder of the Annenberg Inclusion Initiative at the University of Southern California, who claimed the diversity data in US-produced films was not representative of the population. Powerful stars could then insert an "equity clause" into their contracts to guarantee inclusion.

"The typical feature film has about 40 to 45 speaking characters in it," Smith told The Guardian. "I would argue that only 8 to 10 of those characters are actually relevant to the story. The remaining 30 or so roles, there's no reason why those minor roles can't match or reflect the demography of where the story is taking place. An equity rider by an A-lister in their contract can stipulate that those roles reflect the world in which we actually live."

McDormand also explained that social justice movements can not reduced to fads on Twitter. "The whole idea of women trending... no. No trending," she said. "African Americans, trending? No, no trending. It changes now and I think that an inclusion rider will help do that."