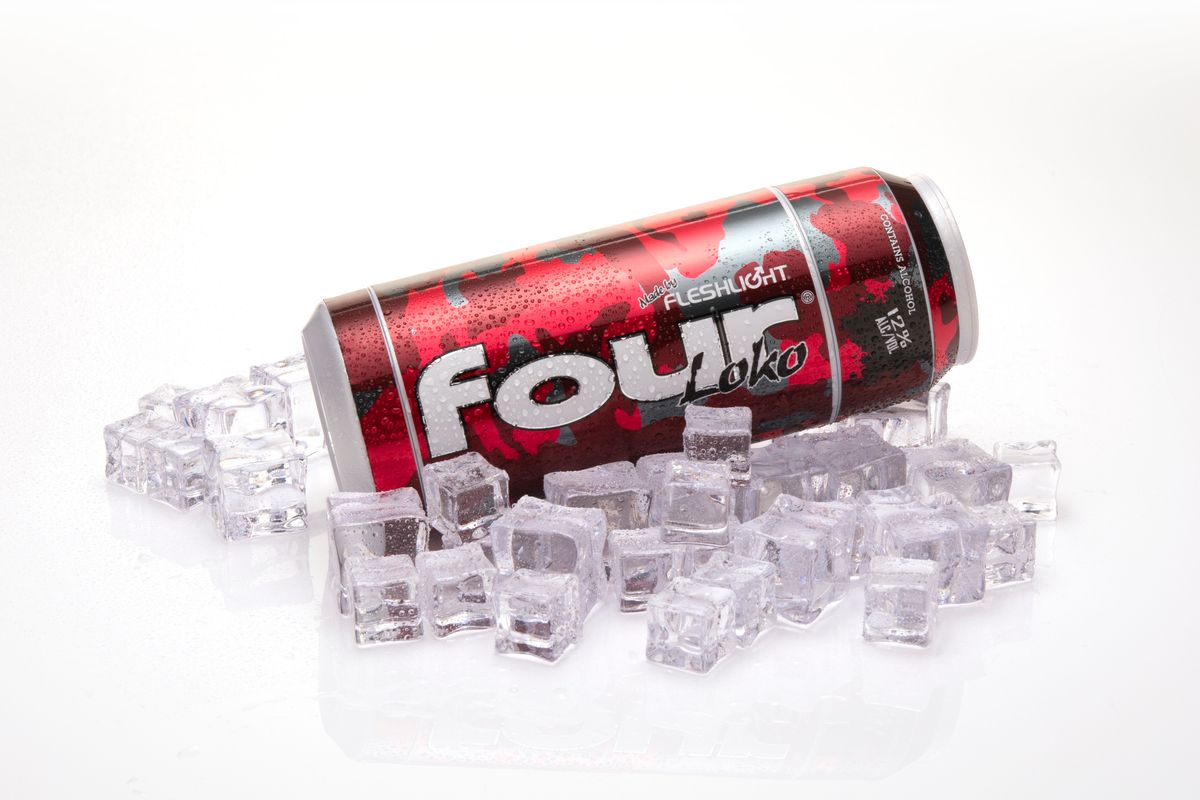 Every once in a while there comes an email that will make me question whether the great human experiment has finally failed. More often than not this happens to be something along the lines of a former Vine star launching a line of tacky home goods or yet another Post Malone Crocs collab, but nothing could have adequately prepared me for the mix of confusion, exhaustion, and utter dread that washed over me upon seeing the words "Four Loko Fleshlight."

Sounding like something that crawled out from under the remains of an irradiated frat bro's cum-crusted dorm room, "Sex in a Can" is exactly what it sounds like: a Fleshlight made to look like a can of Four Loko. Who wanted this? Has science gone too far? What kind of person would seek out such an oddly specific device to pleasure themselves? Is there a Four Loko kink community I am unaware of?

If you've gotten this far without reflexively clicking away, you too are probably morbidly curious as to how this unholy union of corporate cross-promotion came to be. The collab is the demented brainchild of LA streetwear jokesters, Pizzaslime, whose previous exploits have included turning Juul pods into pillows, a limited edition shirt honoring Italian restaurant Jon & Vinny's Spicy Fusilli, and selling a vial of Noah Cyrus' tears. Their latest endeavor sees them bringing together the infamous alcoholic energy drink, Four Loko, with one of the leading names in handheld masturbators, Fleshlight, to give us this extremely cursed object.

"Inspired by the spirit of Steve Jobs and Leonardo Da Vinci we at Pizzaslime embarked on a quest to bring the world an innovative and cutting-edge sexual experience," Pizzaslime said in a statement announcing the collab. "Like most people you've probably thought to yourself 'Wouldn't it be cool if I could have sex with a Four Loko?' Now you can (if you have a penis)... YOU ARE WELCOME WORLD!"

Pizzaslime's limited edition Four Loko x Fleshlight "Sex in a Can" is now available to buy online at a retail cost of $69 (because, of course it is) and an added emotional cost that has yet to be determined. Enjoy(?) some uncensored shots of the collab, below.