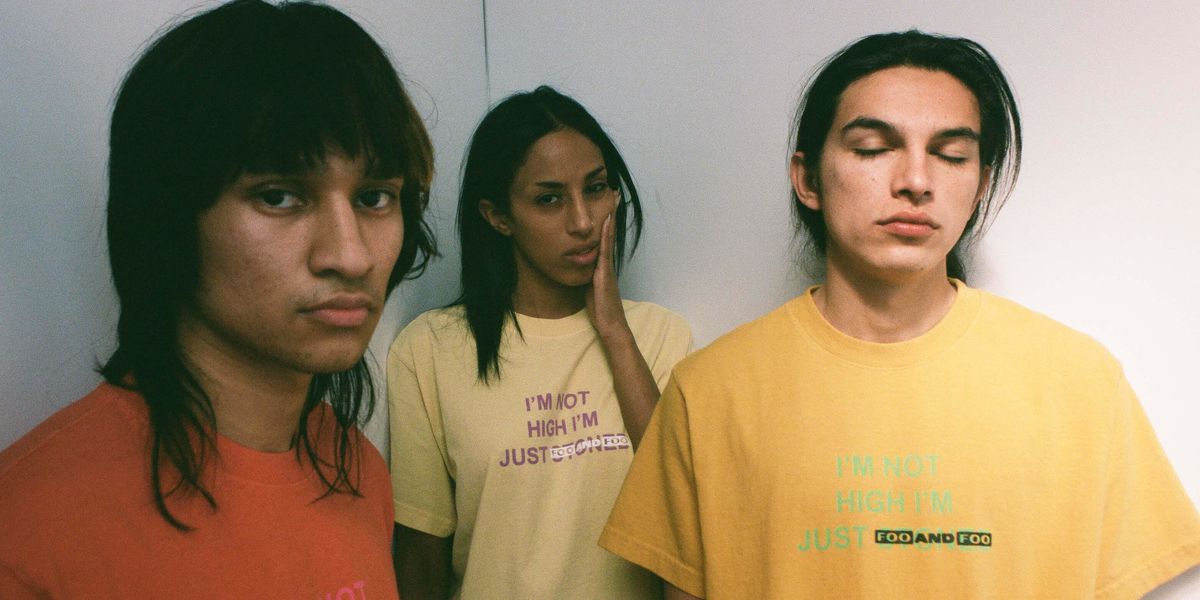 Behold the Coolest Pop-Up in SoHo

Foo and Foo, a brand named for the poem "Little Bunny Foo Foo," has opened a pop-up on the Western reaches of Canal Street. The store, open from today, September 6th, through the 12th, is located inside an industrial space that feels representative of the brand itself (the clothes lean toward the utilitarian).

Garments from the Fall 2019 collection were arranged in an installation by artist Jackson Hallberg, in which they overlap like cushy tentacles — you can take a pully from the waistband of a pair of track pants and connect it to a metal ball end ring on a t-shirt. There's a mirror on the floor featuring a giant rendering of the brand's cheerful orange logo. "After we installed the mirror," said designer Elizabeth Hilfiger, "I realized that it's a little bit pervy."

Hilfiger, the 26-year-old daughter of Susie and Tommy Hilfiger, founded Foo and Foo in 2017. Raised in Greenwich, Connecticut ("shamefully so"), she went on to study at RISD. And after graduating in 2015, she moved to Los Angeles, working industry jobs, including a stint as a pattern-maker for Eckhaus Latta designer Zoe Latta. She founded Foo and Foo in 2017, and has since produced three collections — Spring 2020 is on the way — of basics that feel just a bit off, almost punk. Most of her pieces are essentially customizable for the wearer; one can tug at pulleys on pants to make the waist tighter or the leg shorter, or finger the elastic strings on a zip-up hoodie for a ruching effect. Some of the clothes are trimmed with hanging whistles.

"My aesthetic is kind of weird," Hilfiger said with a laugh. "Not logical, necessarily. But I like quite utilitarian things, things that are practical but still fun. I'm not taking anything too seriously. Not trying to look like you're trying too hard."

She continued, "It's just supposed to be fun and customizable, so that it's not just another hoodie or a pair of sweatpants. It is streetwear, but it's not. If you really needed to compartmentalize it you could call it streetwear, but I think it's more interesting and timeless than streetwear."

The brand, which uses sustainable dyes and will transition to fabrics made from recycled water bottles for the next collection, is also designed to be size inclusive. The garments are comfortable, and easy to fit for a wide range of bodies. "You don't have to be really skinny to wear the clothes to look good in them," said Hilfiger. "I always thought, 'Oh, do I have to be a 6'2", stick-thin alien to look good in clothes? That's weird."

And while Hilfiger grew up surrounded by the fashion industry, she wasn't always sure she wanted to enter it herself. "I was in denial," she said. "But that's why I think why I did something so approachable."

But her famous father is "stoked on [Foo and Foo], because it's fun and young and stuff." He wears a few items from the brand: a tracksuit, a hat. One white dress shirt, designed with a Tommy-like logo placement, is named the Dad button-down in homage. He plans to drop by the pop-up.

Hilfiger had another pop-up last year on Canal, across the street from her current space. But this one is a little bigger, a little fancier–designer Vinny Guerrero Jr. is even offering custom tailoring and denim repair in the back of the space (Hilfiger's Fall 2019 collection included her first pair of jeans). And unlike her last pop-up, this store blessedly has air conditioning and Wi-Fi. Hilfiger mentioned that the internet was slow, and I thought she meant that business at the store (it wasn't open yet) was going slowly. I said that surely a lot of people would come in, things would pick up. "Oh yeah," she said. "People will bring that Wi-Fi energy, right?"