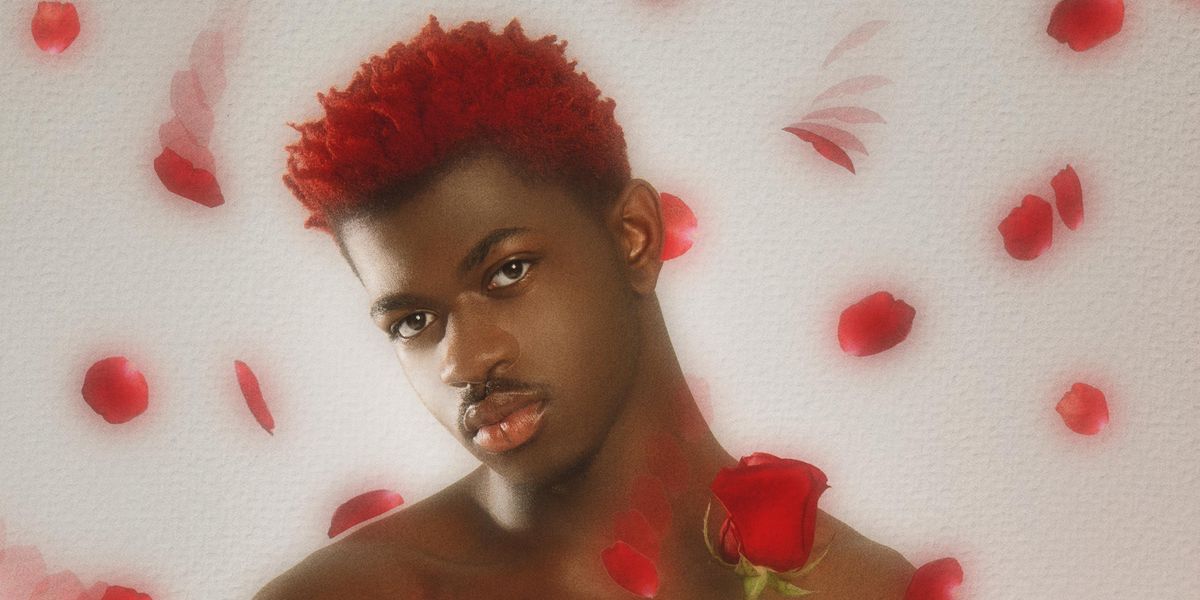 Who knew that in 2021, a young Black gay man unabashedly embracing his sexuality and giving a lap dance to the devil would prove to be so controversial — but here we are. After releasing last Friday his highly anticipated new single, "Montero (Call Me By Your Name)," alongside a Tanu Muino-directed visual, Lil Nas X has received backlash from scores of pearl-clutching conservatives and homophobic trolls who were all up in arms about Satanic panic and exposing kids to the fact that gay people can express desire too.

This wasn't necessarily assuaged by the release of Lil Nas X and MSCHF's blood-infused "Satan" shoes, which only served to further fan the flames and result in the Brooklyn collective getting sued by Nike. However, amidst all the moral outrage there was another somewhat tangential controversy over similarities between the visual for "Montero (Call Me By Your Name)" and the music video for FKA twigs' "Cellophane."

"Cellophane" Director Andrew Thomas Huang shared a side-by-side comparison of the two videos over the weekend, highlighting the resemblance between both's pole dancing choreography. Huang later went on to clarify that he is a fan of Lil Nas X and was happy to see that they used the same choreographer too, adding that there is nothing inherently wrong with one artist referencing another — but major labels need to make more of an effort to honor and make space for the artists that end up on their mood boards.

Now, FKA twigs has come out to thank Lil Nas X for acknowledging the similarities between the two videos and heap praise onto his video. "Thank you @lilnasx for our gentle honest conversations and for acknowledging the inspiration cellophane gave you and your creative team in creating your iconic video!" twigs wrote on Instagram. "I think what you have done is amazing and I fully support your expression and bravery in pushing culture forward for the queer community. Legend status."

FKA twigs also went on to thanks Huang and choreography Kelly Yvonne for their work on "Cellophane," as well as sex workers and strippers for "providing the physical language to make both videos possible." She urged her followers to donate if they can to SWARM (Sex Worker Advocacy and Resistance Movement) and support the hard hit community.

In a post of his own, Lil Nas X shared a clip of "Cellophane" and thanked twigs and Huang for calling attention to the similarities. "i want to say thank u to twigs for calling me and informing me about the similarities between the two videos, as i was not aware they were so close," he writes. "was only excited for the video to come out. i understand how hard you worked to bring this visual to life. you deserve so much more love and praise."