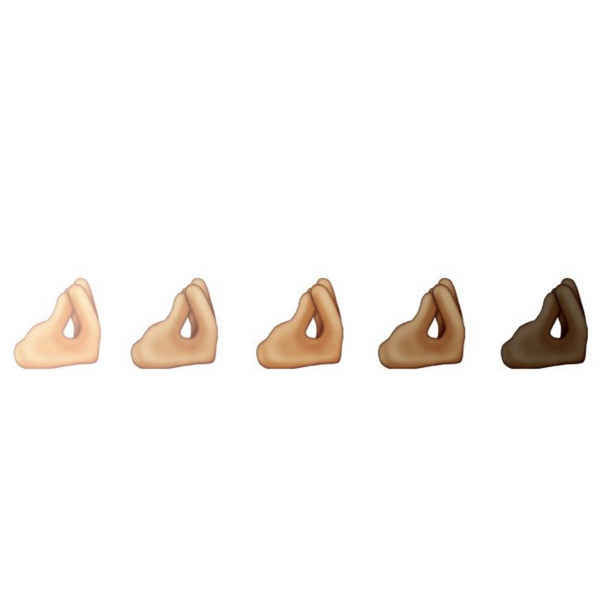 Another update, another set of euphemistic emojis to up your sexting game.

That's right, the new "pinched fingers" emoji is currently causing quite the stir on Twitter. Because while The Unicode Consortium likely meant for it to represent the classic "whaddya mean" hand gesture familiar to many Italians, others have noted the emoji's striking resemblance to the insertion technique known as duck-billing.

This is not the Italian hand gestures emoji

And while there's no word yet on when exactly we'll be able to actually start using this incredible emoji, at the very least, we know it's on the way. In the meantime though, see what everyone has to say about this new sexting go-to, below.

Seriously, I'm going to be using this one A LOT! https://t.co/5VjKEfLKuA