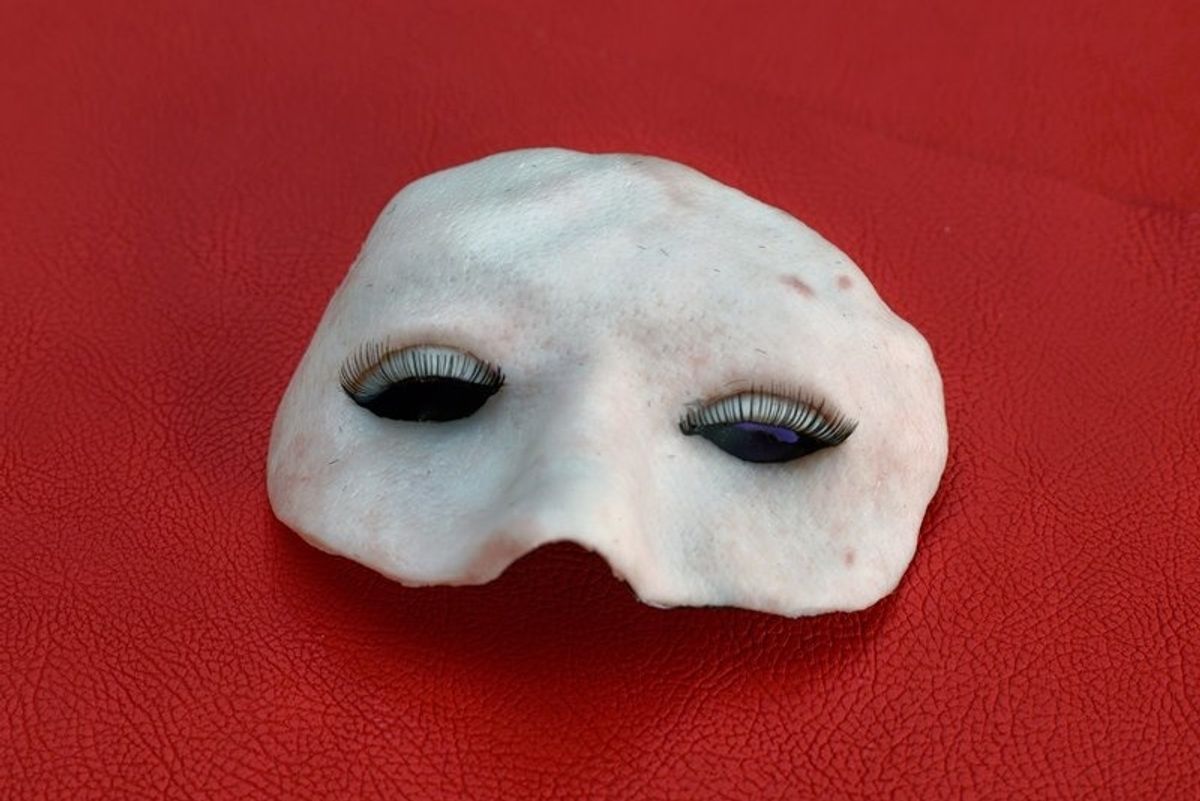 5 Artists Taking Back the Female Form at NADA Miami

A year has passed since patrons and partiers of the art world last gathered in Miami for Art Basel art fair. Last year, shocked and outraged by the presidential election outcome that had been decided only a few weeks earlier, we had eagerly celebrated the artists who spoke out through their work, not afraid to be "nasty." Now, a year and thousands of shocking headlines later, artists have had time to process. Today, they are stronger than ever, making work that fights back in the war on women by using the female form as a weapon.

Related | The Nasty Women (and One Nasty Man) of NADA Miami

At NADA Miami, the contemporary art fair featuring independent and emerging galleries, this year's art was all about the politics of the body, undoubtedly in response to the year of assault on women's rights, health, and bodies. From dismembered selfies to rewriting the history of a classic nude, these five artists are challenging how we see the female form today—And oh yea, they're all women, too.

Genieve Figgis at Half Gallery


At first glance, the lounging nude may seem like a classic painting you'd find hanging in the boudoir of a duchess, but for Irish painter Genieve Figgis, figures are never what they seem. Her painting is based off Titian's 16th century work "Danaë," which depicts the Greek myth of princess Danaë waiting to be impregnated by Zeus, who comes to visit in the form of a shower of gold (naturally). In Figgis' "Waiting For My Romeo," flesh swirls and the princess' face morphs into an absurdist, nonchalant take on the tale, reducing Zeus to a murky cloud and showing a scene that could almost be captioned, "New phone, who dis?"

Polish sculptor and photographer Aneta Grzeszykowska has taken the selfie to the next level, building a model of her own body out of pig skin and photographing the pieces as she crafts them together. The form in its entirety is beautiful, shown above as the artist paints makeup onto her creation. But each sculpture on its own, dressed up with fake lashes, nail polish or a wig, feels hauntingly sexualized and gruesome. It's as if the way we analyze and dissect women's features—a great ass, perfect lips, beautiful eyes—has come to life, each part existing alone without a body, like cuts of meat in a deli case.


For Puerto Rican sculptor Cristina Tufiño, a body is an object—and it's meant to be altered. These small surrealist ceramics look soft like playdough, crafted into bizarre forms that aren't quite human but aren't quite fiction. Some of the sculptures, like a pale, doughy pineapple with a gaping mouth, look like inanimate objects starting to come alive, while the female figures lean more towards objects. It's as if she's asking oscillating women to choose: are you a rigid icon or a moldable entity?

Working with prints of Renaissance paintings of reclining nudes, artist Elizabeth Jaeger isolates the female form by blacking out the rest of the image with pencil, questioning the way we perceive women's bodies in art. The torso, floating, dismembered from its identity, still somehow feels sexualized. The images are matted in the frame so that the belly button is in the exact center, immediately drawing your eye to the epicenter of female eroticism in an unsettling, yet necessary parallel to the way we look at bodies in society.


Stretching. Scheming. Slumping. Anna Koak's caricatures show a reality of womanhood despite their cartoony style. Here, each personality radiates through, taking over so strongly that it's only after absorbing the story of each woman that we realize they're all naked. Koak has a profound ability to paint women beyond the erotism of a body without having to hide the body itself.