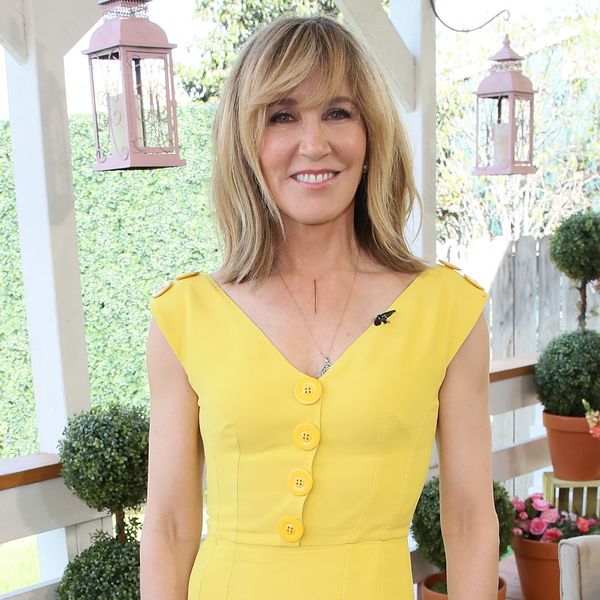 Scammer moms Lori Loughlin and Felicity Huffman have officially gone offline, probably in an effort to destroy any additional fuel for their ongoing public shaming. And, of course, to avoid direct confrontation with angry parents and students, such as those currently suing the actresses for a comedic sum of 500 billion dollars for their role in "Operation Varsity Blues." Both women have been arrested along with around 50 others in the elaborate scheme, in which wealthy parents worked with a bogus non-profit to ensure their kids' admission to elite colleges.

Huffman is accused of paying $15,000 to have a special proctor inflate the score of her 18-year-old daughter Sofia's SAT and give her extra time during the testing. Meanwhile Loughlin allegedly paid $500,000 to have her two daughters falsely recruited to the University of Southern California crew team.

By far the greatest loss for the internet is Huffman's sassy, seemingly lucrative mommy blog What The Flicka?, self-described as "A website for moms & women to share real stories of parenting. Funny tips, tricks, recipes, videos, and advice from Felicity Huffman and our community of moms."

Based on the remnants of the site, Huffman's corner of the market was the down-to-earth, "tells it like it is mom:" an aesthetic that Garage characterizes as very "proto-weed mom." On the blog ranked one of the "100 Best Websites for Women" by Forbes in 2013, the Desperate Housewives star hocked a variety of tongue-in-cheek gear like mugs splashed with #relatable slogans like "not not wine," "resting mom face," "good enough mom," and another that reads "I love being a mom" and "except when the kids are around" on the other." According to Garage, What The Flicka? also offered "candles (what does a "Bitches who Brunch" candle even smell like?), T-shirts reading "Coffee & Cardio" and "Don't Quit Your Daydream," and leggings that spell out "Carpe Diem" down the back of one leg." Plus, now extremely suspicious consultation services for moms looking to "monetize" their content.

Sadly, now that What The Flicka? is just a broken URL, we may never know what Huffman's thoughts on the "cocktail mix of guilt and self-recrimination" that comes from leaving kids behind while traveling (per a 2013 Mashable interview, one of the tough topics she tackled), be able to try out her recipe for "DIY antiseptic ointment" (Forbes), or enjoy the tidbits of wisdom in her "Felicitations" column.

Huffman said in her Mashable interview that she wanted What The Flicka? to be a place where women and mothers could "gather, make mistakes, say they're losing their mind, trade tips and offer advice to one another." No word on whether the $15,000 she paid to inflate her daughter's SAT score literally came out of her wine mug profits, but either way it seems unlikely that her "community of women" will forgive her for keeping all her hottest tips, like how to make college bribes tax deductible, to herself. Somewhat unnecessarily confirmed by an influencer strategist consulted by the Hollywood Reporter, Huffman's credibility in the parenting media world is "permanently ruined." Guess Olivia Jade isn't the only influencer who'll have to explore new avenues.