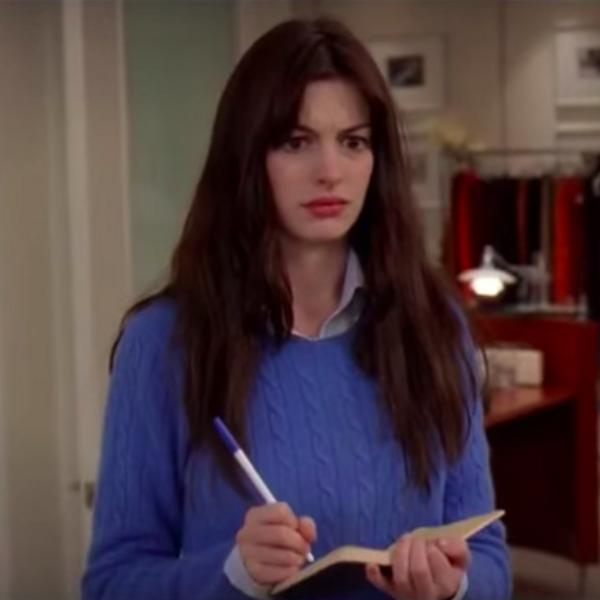 At Fashion Week, Looking Like Shit Is the Ultimate Power Move

By virtue of the name alone, fashion week is about clothing (it is also often about performative smoking and long waits for freight elevators, but I digress). Attendees are attractive, and attempting to dress like a contemporary artist with a nightshade sensitivity or a tennis-playing Adriana La Cerva does provide a high level of personal satisfaction. But for many of those who are actually working, fashion week is interminable, featuring an endless stream of tasks that make it impossible to do anything but go home solely to nap between 3 and 5 AM. And when you're working hours that inspire the kind of sleeplessness that leads to incurable insanity, it is very difficult to make an effort, outfit-wise. At fashion things, it could be considered embarrassing to appear unappealing. But on the contrary: looking terrible during fashion week is really very liberating.

"You don't want to try too hard," said Paul Bui, a stylist and creative director. "Not trying at all is kind of a power move." I used to work for Bui at a fashion behemoth in the Meatpacking District, and every season we would show up bruised and ready to drop. The favored aesthetic at the time veered towards the Goth; Dilara Findikoglu and Marilyn Manson nostalgia were on the rise, and so I spent my days publicly working through nosebleeds and typing with a tampon up my nostril.

Related | Marilyn Manson Shows Us His Softer Side

Sleazecore, studied sloppiness coupled with streetwear, is the trend of the moment. Celebrities like Jonah Hill (who just made Vanity Fair's Best Dressed List), Kristen Stewart, and Justin Bieber are venerated for wearing Online Ceramics t-shirts with Adidas shorts and slides, ripped cutoffs with exposed underwear, Palace hoodies under bathrobes (all owed to Shia Labeouf, the greatest of celebrity fashion influencers). And so since everyone wants to look like they're not trying, isn't the next level to just literally not try? While the true goal is to seem as though you are not trying and still look beauteous, the Phoebe Philo-ification of the self can be very exhausting. And she left Céline (Celine?!) anyway.

If you look around a fashion show, the most important players are often those who are the least dressed up. High-powered reviewers wear basic black and maybe the occasional clog; the tortured assistants who make everything happen are in tattered t-shirts and jeans. Think of designers taking their final bows — they're often outfitted in simple tees and Seinfeld pants, eyes so tired they appear to be ready for the sweet embrace of death.

"More often than not, crashers are the ones who are dressed so ridiculously."

"Dressing up for the show is always something that comes up at the most inappropriate time beforehand," Gauntlett Cheng designers Esther Gauntlett and Jenny Cheng wrote in an email. "We'll be in the studio at 3 AM and begin asking each other what we're going to wear. Most of the time it's a complete fantasy though, because you end up just wearing the only thing that's clean and has pockets."

"I think when I was first starting in fashion, I was totally expecting the [Vogue editor] types in head-to-toe looks," a fashion publicist (who requested anonymity) told me. "But now we always tell the whole team that it doesn't matter what anyone looks like anymore — anyone could be important. We even go over that with all of our interns, that you have to be super careful and super polite. Because more and more these days, people who work in fashion aren't wearing full looks."

"We actually find that with people who come to the show dressed in a full look and full makeup, if we don't recognize them, they tend to be crashers," she continued. "More often than not, crashers are the ones who are dressed so ridiculously. It's kind of a funny power balance. The real people are always just wearing black and like, sneakers."

If you're at a fashion week event and you show up with bleary eyes and no makeup, passing a line full of influencers who have been styled to death, it can be a sign of importance — people might not want you inside, but it means that you absolutely have to be there. It's sort of Silicon Valley-esque; think of Jesse Eisenberg in The Social Network, dominating a table full of suits in his sad little sweatshirts. The semi-faux Zuckerberg might have been something of a sociopath, but he did intimidate the tailored.

After working in production and as a writer for several seasons in New York, in October of last year I traveled to France for my first Paris Fashion Week. While in a cab on the way from the airport, my editor kindly asked if I'd like to attend the Yohji Yamamoto show. I looked unfortunate. I went anyway.

My boss had accidentally given me the wrong time, and when I arrived the show was just ending. I got out of the taxi with my hair tangled into a single dreadlock, my shirt stained with WowAir Bloody Mary mix. Eye contact was made with an infamous editor-in-chief of a renowned magazine about art and naked ladies. And as he looked at me through his trademark aviators, his face slowly registered about six different versions of disgust, mouth distorting into the perfect oval for blowing smoke rings.

Maybe it should have been humiliating. But it mostly just felt satisfying, a rebellion in the form of ruined Asos polyester trousers. It felt like the editor had never imagined that someone of the female sex could be so disheveled — and now that he had seen such a person, the vision would haunt him until the end of his days. Un cauchemar, as the French say. I shall treasure the moment always.