With all of us social distancing, now is a good time to brush up on your fashion education. From in-depth documentaries to can't-put-down biographies, there are countless movies, books, podcasts and TV series that can provide some much needed escape while you're home isolating. Here are 40 options to check out now.

The tale of a ruthless magazine boss and lowly assistant never gets old, but the numerous references to designers, photographers and other fashion "insider" details makes this worth watching again and again.

This classic 2004 flick chronicles a 13-year-old girl who gets to become a successful 30-year-old fashion editor at a magazine called Poise, where she navigates all the complexities of adulthood and love in New York City.

The story of Coco Chanel's early life is captured in this drama film, which shows her beginnings working at a local bar to designing hats for society ladies.

Fashion lovers will rejoice seeing this biographical drama of designer Yves Saint Laurent play out, which shows him and his business partner Pierre Berge navigate the French fashion scene with the launch of their label.

Actor Daniel Day-Lewis' last movie before his retirement sees him play a dressmaker who takes a young waitress as his muse, with tons of references to design and craft incorporated throughout.

Few other films showcase the glitzy drama of Paris Fashion Week complete with models, stars and designers from all over the world.

Angeline Jolie gave one of her most memorable performances as Gia Marie Carangi., one of America's first supermodels. Faye Dunaway as her agent Wilhelmina Cooper is icing on the cake.

While more of a horror/sci-fi film, fashion plays a big part thanks to Elle Fanning playing an aspiring model who books shoots and shows throughout.

This series chronicles Jason Bolden and his partner's styling and interior design business, with plenty of red carpet shots and cameos of clients like Taraji P. Henson and Ava DuVernay seen throughout.

Next in Fashion (Available on Netflix)

Hosts Alexa Chung and Tan France are joined by guest judges like stylist Elizabeth Stewart and Eva Chen to find the next great fashion designer in this competition series.

The long-running design competition is currently hosted by Karlie Kloss and consists of judges like Nina Garcia, Brandon Maxwell and Elaine Welteroth.

With more than 20 cycles under its belt, the original fashion reality show is a must-watch if only for Tyra Banks' kooky antics, particularly in the first couple of seasons. ("Be quiet, Tiffany!")

The OG of reality TV about styling, Rachel Zoe takes us inside her glamorous (and often times hectic) life as she prepares for important fittings with celebrity clients.

What Not to Wear (Available on Hulu, Amazon Prime and Sling TV)

Stacy London and Clinton Kelly gave us 10 seasons of dramatic makeovers and fashion inspiration. A reboot for 2020 on TLC is in the works.

Tim Gunn and Heidi Klum return to TV with this big budget production to find the next global fashion brand with judges that include Naomi Campbell, Joseph Altuzarra, Carine Roitfeld and Nicole Richie.

McQueen (Available for rent on Amazon Prime, Youtube and Vudu)

Released in 2019, this film chronicles the life and career of the late designer Alexander McQueen. Old interviews of McQueen are shown alongside clips of his most memorable fashion shows.

One of the first fashion documentaries to shine a light on the industry, Unzipped follows designer Isaac Mizrahi as he puts together his Fall 1994 collection and includes appearances by supermodels Naomi Campbell, Linda Evangelista, Kate Moss and Christy Turlington.

Jeremy Scott: The People's Designer (Available on Netflix and for rent on Amazon Prime)

This documentary captures the rise of Missouri-born designer Jeremy Scott and the beginnings of his career which takes him from Paris to New York. Celeb cameos include Miley Cyrus, Rihanna and Lady Gaga.

The Gospel According to Andre (Available on Hulu)

From his early life in the south to traveling the world as Editor-at-Large of Vogue, Andre Leon Talley opens up about the adversities and difficulties he's faced to get to where he was in his career.

Dior and I (Available on Amazon Prime and Hulu)

Designer Raf Simons gets ready to present his first collection for the house of Dior and deals with the pressure that comes with such an important debut.

The First Monday in May (Available on Hulu)

Fashion's biggest night takes months to prepare, and this documentary follows Anna Wintour and MET curator Andrew Bolton as they get ready to premiere the museum's exhibition "China: Through the Looking Glass."

The September Issue (Available on Youtube and Amazon Prime)

Cameras follow the happenings inside the Vogue offices as they working on putting out the magazine's biggest issue of the year and how it all comes comes together.

This documentary features interviews with fashion luminaries like Anna Wintour and Calvin Klein who weigh in on Ralph Lauren's career, from his humble beginnings in the Bronx to 50 years later as a global brand. 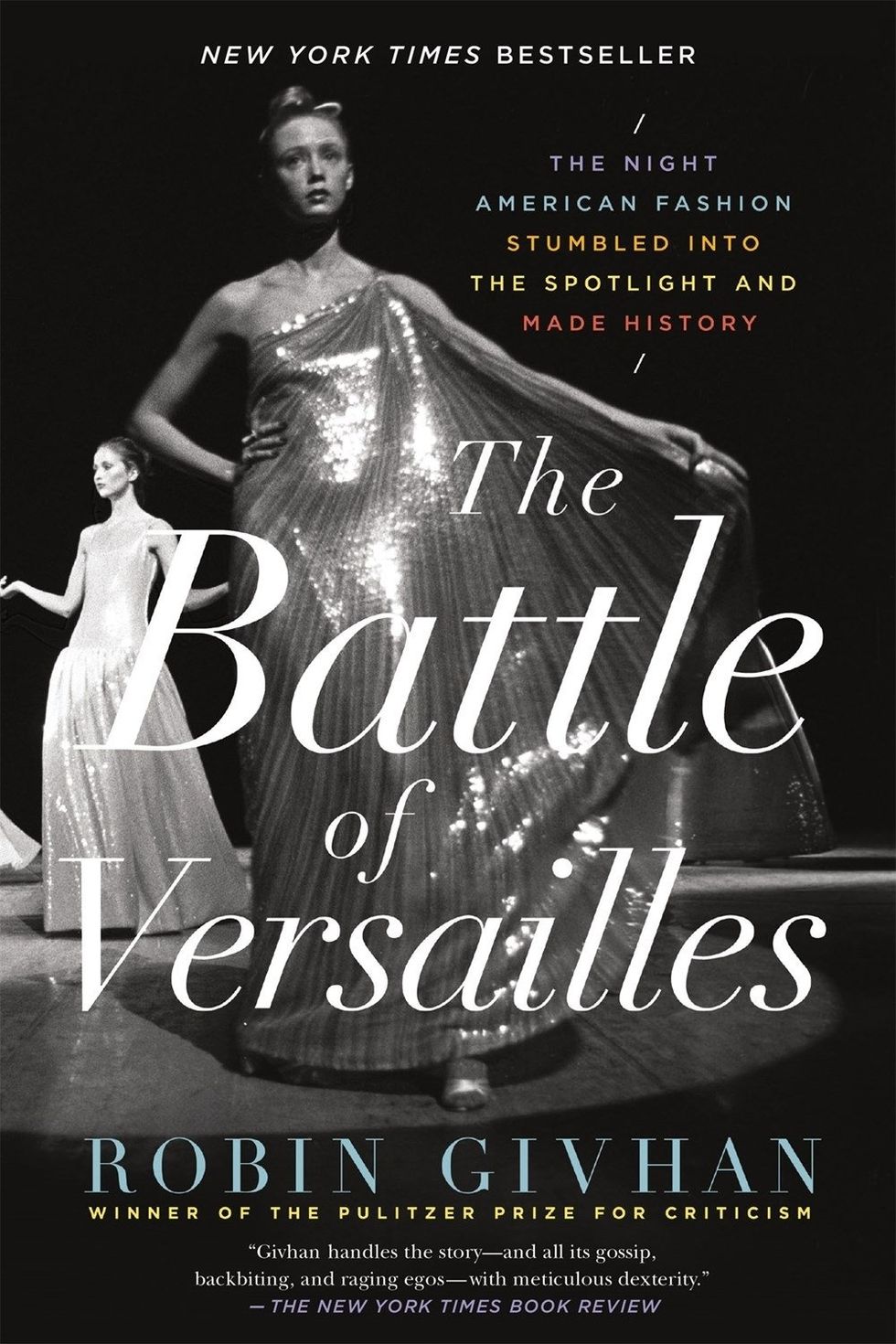 The Battle of Versailles by Robin Givhan

Washington Post fashion critic Robin Givhan details the importance and influence of the Battle of Versailles in Paris between American and French designers.

Scenes from the Fashionable World by Kennedy Fraser

One of the pioneers of fashion writing, author Kennedy Fraser's essays observe the the world of fashion through a critical and analytical lens.

Legendary Harper's Bazaar and Vogue editor Diana Vreeland takes us through her rollercoaster journey and her love of fashion in this poignant autobiography.

The Beautiful Fall by Alicia Drake

The fashion scene in Paris in the '70s was like no other, and this book documents all the drama and happenings that were going on during this glorious time.

Acclaimed fashion author Dana Thomas examines and investigates the damage the apparel industry has wreaked upon the world and the environment.

Released in an english translation earlier this year, Kaiser Karl is an in-depth biography of the late Karl Lagerfeld and captures the man behind the dark sunglasses and mysterious exterior to uncover his illustrious life and career.

I.M.: A Memoir by Isaac Mizrahi

Designer Isaac Mizrahi's memoir is an astute and often times hilarious look into his life and career in the '90s.

The End of Fashion by Teri Agens

A must-read book for any fashion lover and/or student, Agens lays bare how fashion fundamentally changed from its French roots to mass consumerism in this in-depth look at the industry. 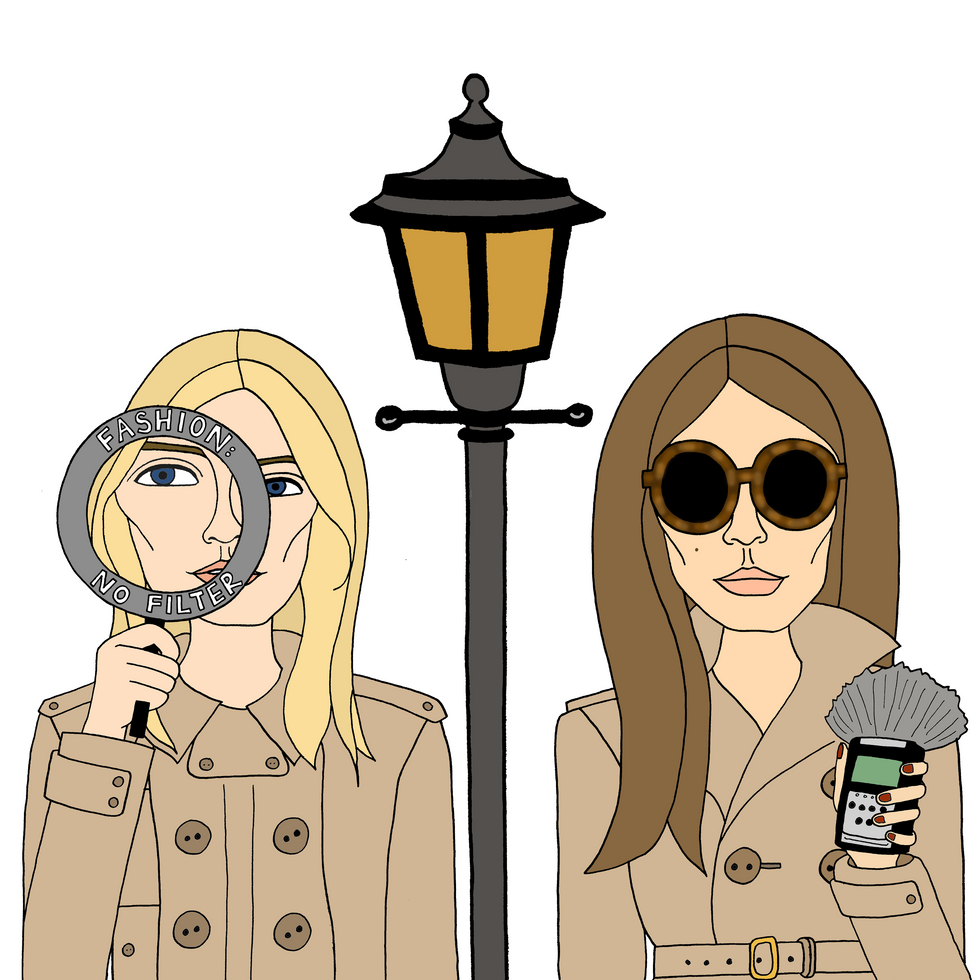 Witty fashion journalists Camille Charriere and Monica Ainley offer their take on the week's most important fashion headlines while giving insight into the many ways the industry operates thanks to interviews with experts and fashion insiders.

In this series of podcasts, Dior invites friends of the house to discuss subjects like feminism and art. Guests include Maria Grazia Chiuri, Judy Chicago and artist Tracey Emin.

"The Memory Of... With John Galliano"

Episodes in this podcast coincide with the debut of a new runway collection, where artistic director John Galliano articulates all of his inspirations for the season.

Haute le Mode's Luke Meagher teams up with Darnell Jamal to dish all the fashion and news and gossip we care about with his signature "sassy and analytical" approach.

Hosted by Charles Beckwith and Cathy Schepis, "AFP" delves into the world of fashion through interviews with top industry names with an emphasis on sustainability and innovation.

Season 2 of "The Road Less Travelled," the podcast by the British heritage brand Belstaff, launched this week and is hosted by the documentary filmmaker Reggie Yates. Guests include Riz Ahmed, James Norton and Mark Strong who discuss topics like overcoming adversity and what it takes to succeed.

This weekly podcast by luxury retailer MatchesFashion features interviews with some of the most creative fashion professionals in the industry to discuss their backgrounds and stories. Guests include Susie Lau, Nick Knight and Venetia Scott.