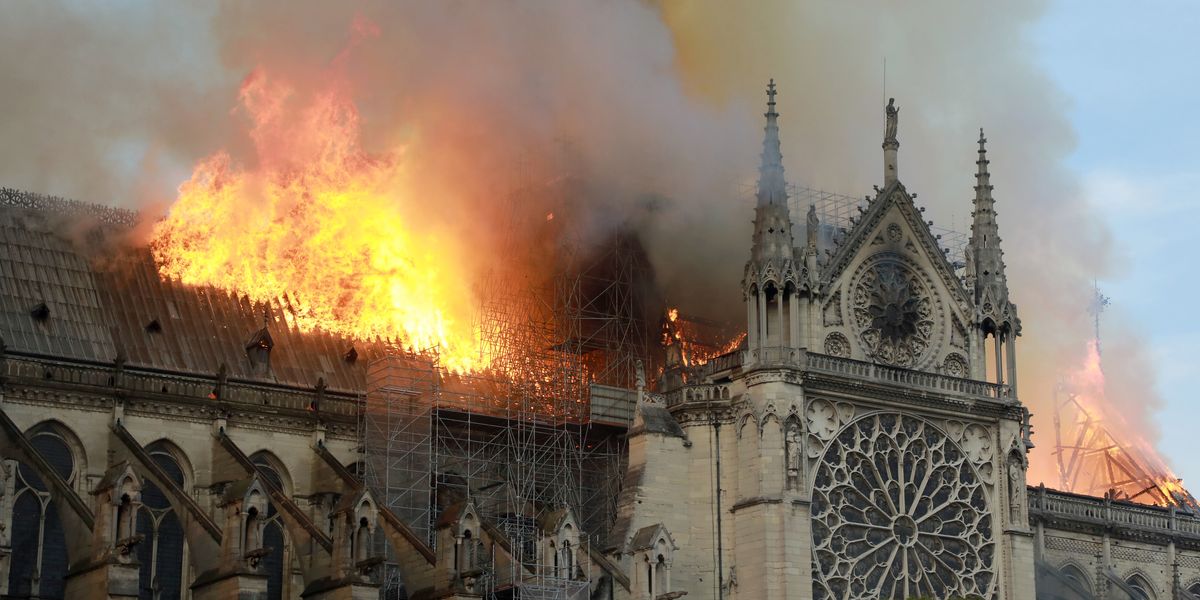 Fashion Houses Are Pitching in to Rebuild Notre Dame

The fashion world has a special relationship to Paris, one of its major cultural, historic and industry hubs. As such, since news spread that the Notre Dame cathedral was devastated yesterday in a fire, designers and fashion houses have been sharing support for their favorite city.

On top of offering condolences, the fashion industry is shaping up to be one of the biggest contributors to repair efforts. Executives from two of the biggest fashion companies in the world have pledged hundreds of millions of dollars to the reconstruction of the historic site.

François-Henri Pinault, executive director of Kering (Gucci, Saint Laurent, Bottega Veneta, Balenciaga, Alexander McQueen) and Bernard Arnault, CEO of LMVH (Louis Vuitton, Fendi, Celine, Dior, Kenzo) have both made pledges. Pinault has promised over $100 million, according to BBC to rebuild the UNESCO world heritage site. Meanwhile, the Arnault family and LMVH will donate over $200 million to the site, which they consider a "core part of the french history," and also offer their "relevant" services. L'Oreal's founding company, the Bettencourts will also donate $200 million.

It's not clear yet how expensive the fire's damage was (the cathedral's principal structure was saved, though it's still unstable). However, given the outpouring of support from companies like aforementioned as well as the Russian, American and British governments, and plenty of celebrities and individual donors, there'll be no shortage of funds.

According to High Snobiety, Virgil Abloh posted a screenshot on Instagram of him googling "how to donate to rebuild Notre Dame." Other fashion folks who have expressed concern include Simon Porte Jacquemus, Ricardo Tisci, Helmut Lang and Givenchy's Claire Waight Keller.