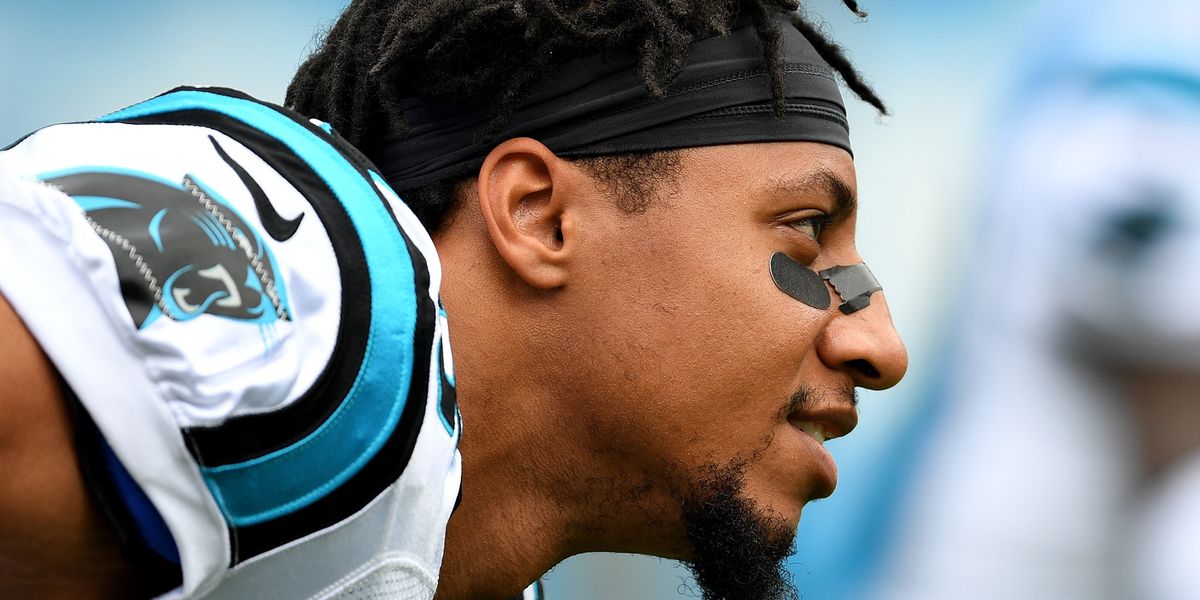 Just because he's switched teams doesn't mean he's a changed man. Former San Francisco 49ers football player Eric Reid continues to protest the social injustice and police brutality. At his first game with his new team, the Carolina Panthers, on Sunday he still chose to bend his knee during the national anthem.

The team signed Reid to replace player Da'Norris Searcy, who has "suffered his second concussion in a month." And when he first spoke to press as a Panther, he was wearing a black, #IMWITHKAP T-shirt, a shoutout to former teammate Colin Kaepernick who led the protests in 2016. According to ESPN, Reid also made it clear that just because he returned to the game doesn't mean he's dropping any charges against the National Football League. The sports news outlet reports, "He said his collusion suit against the NFL 'without a doubt' will continue."

None of his new teammates joined him in his protest this time around. But they understand and respect what he's fighting for. "Eric knows what's best for Eric and what Eric needs to do. We all understand what he's fighting for, so if that's something he decides to do, that's what he decides to do," wide receiver Torrey Smith said earlier this week. "But that has absolutely nothing to do with this locker room, the way we approach the game, the way we prepare and what we're trying to do."

Panthers quarterback Cam Newton also called Reid "a steal." He continued, "I'm going to stand by him knowing none of that will be a distraction for us winning football games."