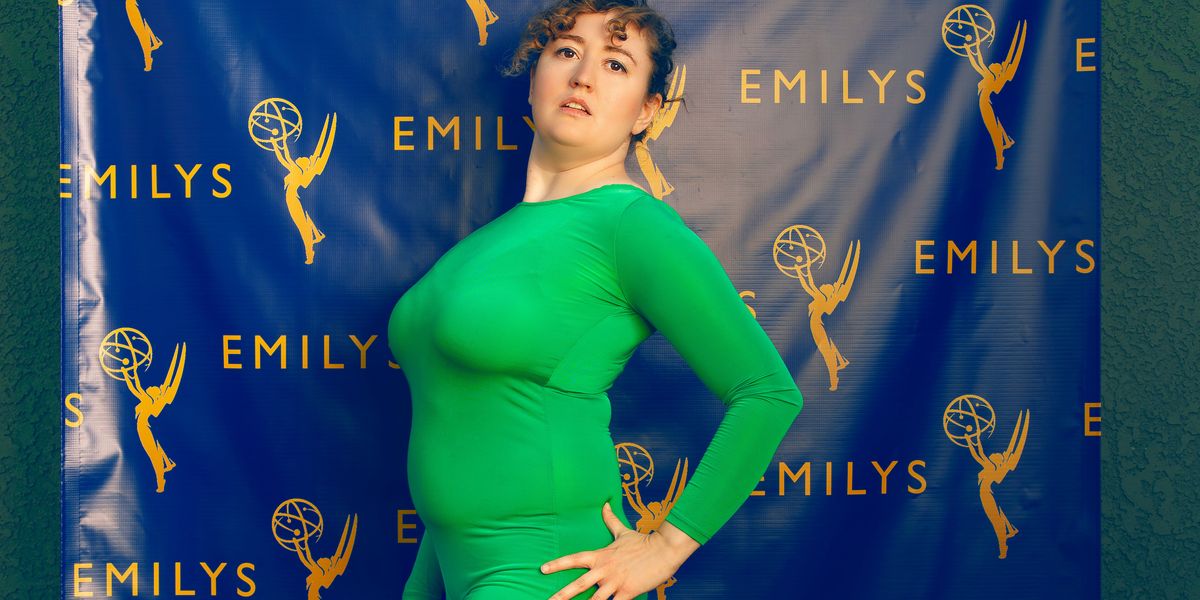 Emily Heller Lets Twitter Dress Her for the Emmys

The purple carpet has been rolled out for the 71st Primetime Emmy Awards, and of course television's best and brightest stars brought their style A-game. But comedian, actress, and writer for HBO's Barry Emily Heller didn't have time and had to skip the usual pre-awards show tradition. So instead, she decided to post photos wearing a green screen suit with a step-and-repeat background that reads "Emilys," leaving followers and fans online to get creative and dress her.

Heller changed her Twitter name to "Emily DRESS ME FOR THE EMMYs Heller," and wrote, "Would you like to say you dressed an awards show nominee? Just edit your design into these @kimnewmoney photos. High res link in bio!"

The results were hilarious. See some of the best below.

not my best effort, but one effort pic.twitter.com/yuQMEhUi2O

And for the afterparty pic.twitter.com/F0c1WZH4EW

Very exciting that you're finally being awarded the Scalloped Potato Lifetime Achievement Award at #theemilys! SO overdue!! #babygeniuses pic.twitter.com/gqKITeyqQn

You can make your own version of Emily Heller's look by downloading the hi-res photos through this Dropbox link, and replying to the thread.