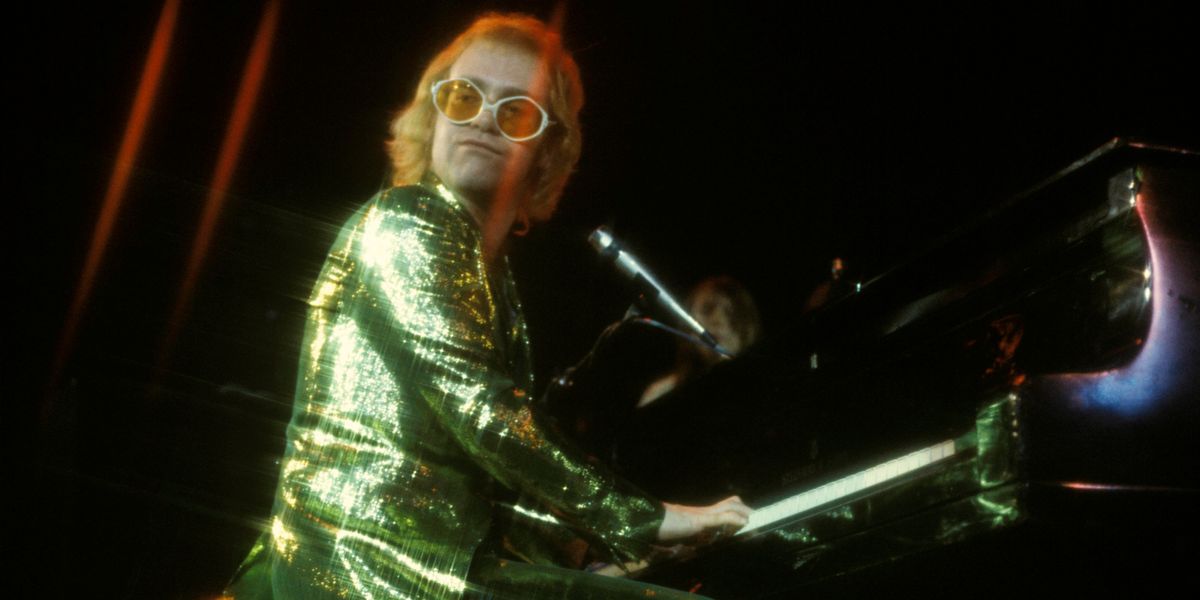 Elton John Is Getting A Biopic

We, the collective media-consuming populus are addicted to the glitter, bad hair, chunky glasses and grandiose arena scenes of the musical biopics of rock's queer elders and Hollywood knows it. We saw Freddie Mercury's life documented in Bohemian Rhapsody, which despite controversies over its depiction of Mercury's sexuality and the recent allegations of Bryan Singer's history of sexual abuse, has been a huge success, scoring a Best Picture nomination and huge box office cash-outs.

This May, we'll have the chance to revisit Elton John's struggles with fame and identity in Rocketman. British actor Taron Egerton will take on the task of embodying Elton John — who, at 71, is alive and well to see himself impersonated. The film will be directed by Dexter Fletcher, who stepped into oversee the completion of Bohemian Rhapsody after Bryan Singer was fired from the production, and directed Eddie The Eagle, a biopic of British skier Eddie Edwards which also starred Egerton. Rocketman also stars Jamie Bell (Billy Elliot, Snowpiercer), Richard Madden (Game of Thrones) and Bryce Dallas Howard (Jurassic World, The Help).

Related | What Films About Pop Stars Teach us About Empathy

The stripy, feathery, glittery trailer reveals that the film will survey John's upbringing in London as Reginald Dwight, the evolution of his flamboyant style, his career-long partnership with songwriter Bernie Taupin (Jamie Bell), as well as his struggles with drugs and stardom as a gay man.

"How does a fat boy from nowhere get to be a soul man?" asks a voiceover in the trailer.